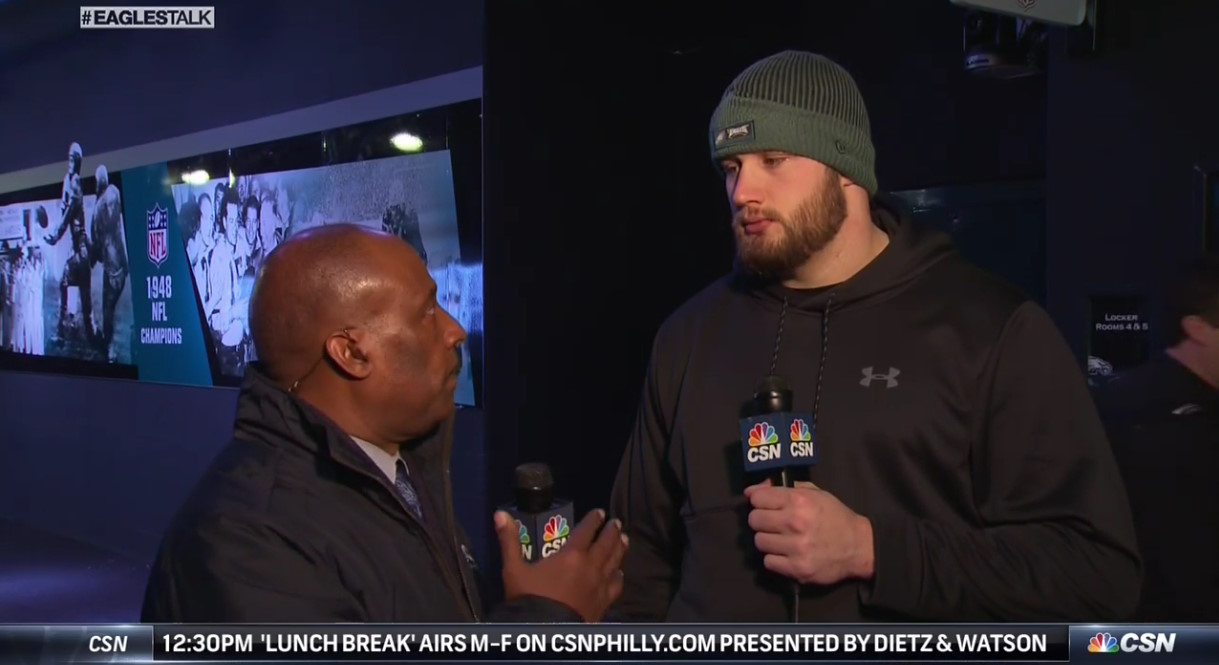 Lane Johnson’s absence resulted in a 2-8 record for the Birds this season. When he was in the lineup for six games, the team was 5-1. So, theoretically, one could argue that he’s the most important player on the Eagles not named Carson Wentz.

After the game, he was interviewed on Postgame Live and talked about how he feels pretty much responsible for the team not making the playoffs.

Barrett Brooks echoed Johnson’s sentiments after the interview, but Seth Joyner called Johnson selfish, and saying the Eagles’ success isn’t solely about Johnson, but about a few things. Ray Didinger also chimed in. Watch it below.