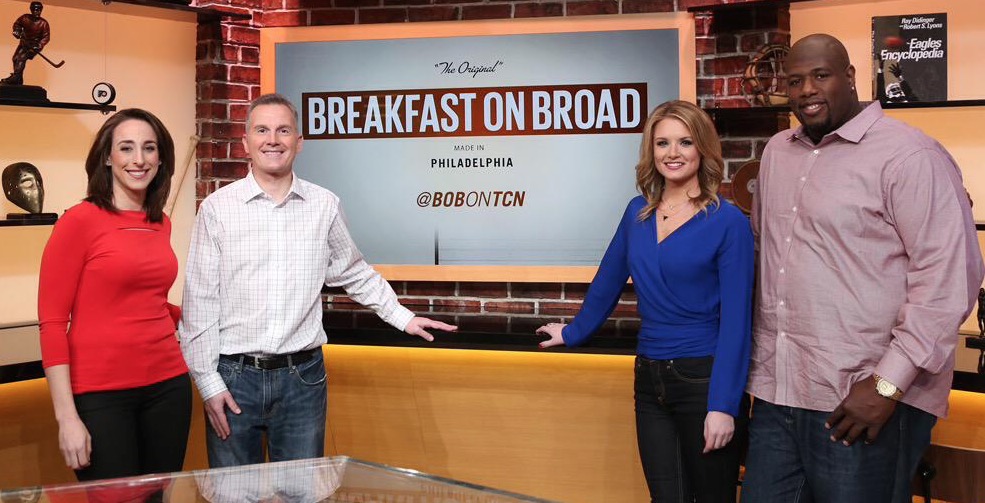 Breakfast on Broad is officially done. The morning sports talk show on The Comcast Network aired its final show on Friday morning. The end of the show was first reported by Crossing Broad.

Thanks to everyone for interacting with us these last two years. We’ll miss you! Be sure to catch our hosts on @CSNPhilly going forward. pic.twitter.com/LKe13Hp5zT

All of the hosts will stay employed by Comcast SportsNet. Their future roles are not yet known.

Sean Brace and Adrian Fedkiw talked about BOB being canceled during this week’s episode of The Verdict.

Barrett Brooks, one of the show’s co-hosts, was not present for today’s final episode.