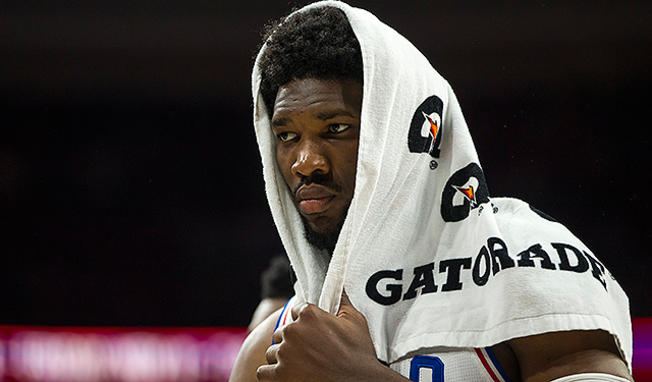 Do you think there’s maybe something more wrong with the reigning Rookie of the Month Joel Embiid’s knee than we’re being led to believe? Honestly, it wouldn’t surprise me. A left knee contusion? Five straight games? Hmmm… it sounds weird, but it’s not out of the realm of possibility that Embiid’s truly still not healthy enough to compete in an NBA game due to his left knee contusion.

It’ll be Embiid’s fifth straight game that he’s sat out. He’s currently not with the team, but they can still fly him out to Detroit for Monday night’s game if deemed healthy enough to play. Or just to sit on the bench and cheer on his teammates.