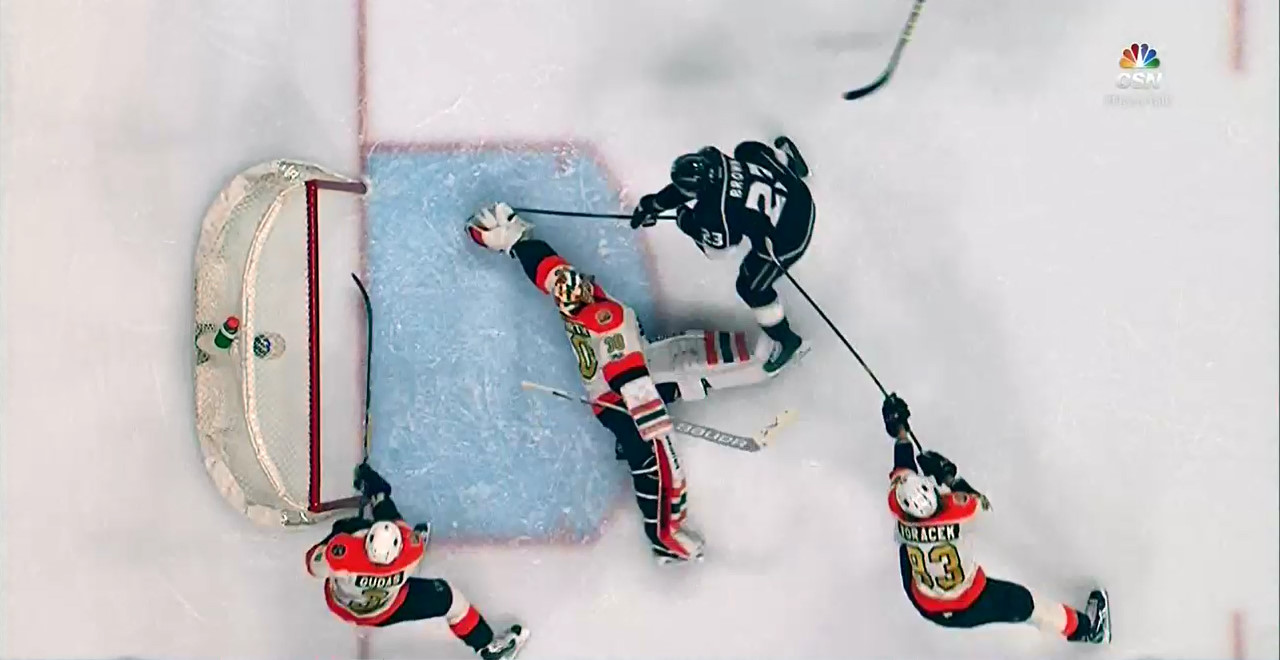 It’s the second intermission of today’s Flyers-Kings game, but this save might have turned the game for the Flyers. Watch as Dustin Brown gets the turnover in the Flyers’ offensive zone, but can’t put it past Neuvirth. Filthy.

RELATED: From Grinder to All-Star MVP, Wayne Simmonds Shines in the All-Star Game