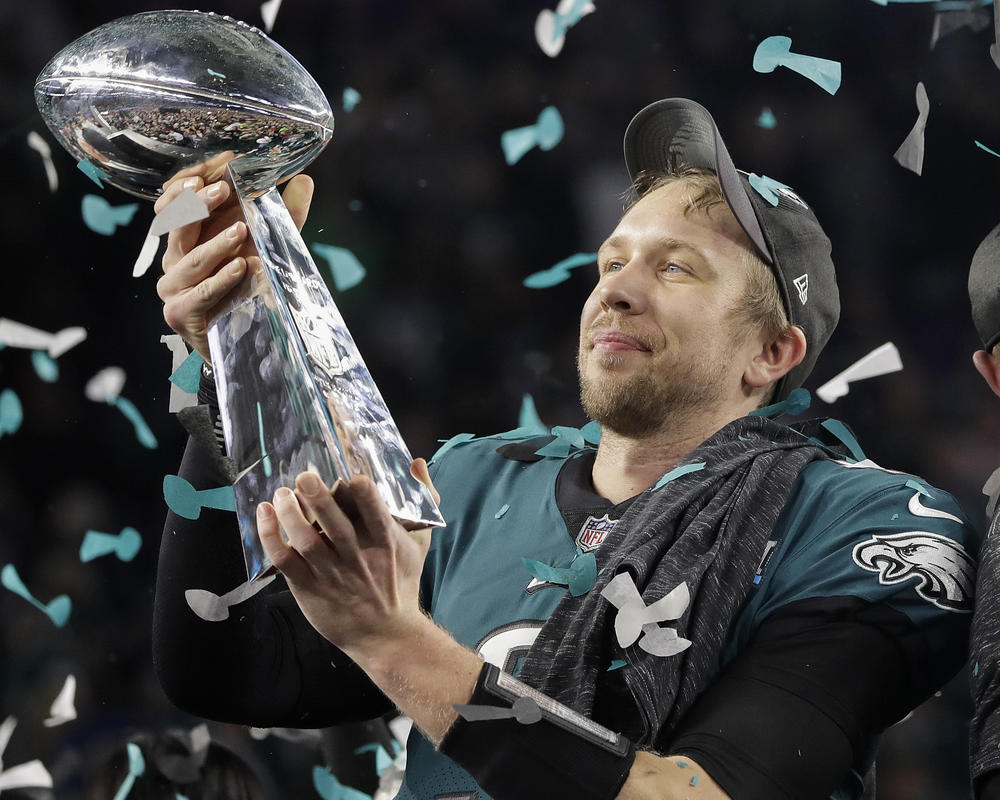 NFL Network’s Mike Silver reported that the Browns offered the No. 35 pick to Philadelphia in exchange for the Super Bowl MVP. The Eagles rejected the offer, but according to Silver, not before they ran it by Foles.

Before rejecting the deal, two sources said, the Eagles ran the scenario by Foles, who said he preferred to remain in Philadelphia. In April, the Eagles and Foles agreed to a re-worked contract that gave him a $2 million bonus for 2018 and allowed him to earn up to $14 million in incentives, while creating a “mutual option” for him to remain with the team in 2019. (Basically, Foles is free to leave if he pays back the $2 million.)

The Browns, meanwhile, turned their attention to former Buffalo Bills starter Tyrod Taylor, who they acquired for a third-round pick on March 10. Cleveland later selected former Oklahoma star Baker Mayfield with the first overall pick of the draft, though coach Hue Jackson has declared that Taylor will be his unequivocal starter for 2018. With the 35th pick — the second of their two second-rounders — the Browns selected Georgia running back Nick Chubb.

I understand why Foles would’ve preferred to stay in Philly. Not only is Cleveland a dumpster fire, but consider the circumstances. Would Foles rather be a stop-gap quarterback and start for 6-to-8 games before giving way to a young quarterback or get, say, the first 2-to-4 games in Philly while Carson Wentz is out? And that’s not even including any more that he could play if Wentz gets injured again.

The Browns, who are far from winning consistently, weren’t going to make a 29-year-old Foles the quarterback of the future. By the time they’re ready to win, he’ll be entering his mid-30s. He’s a living legend in Philly, why not stay and receive all the adulation and Brotherly Love?!

Nick Foles asking to run that trick play during the Super Bowl is so good. pic.twitter.com/YFUDn1OM2a