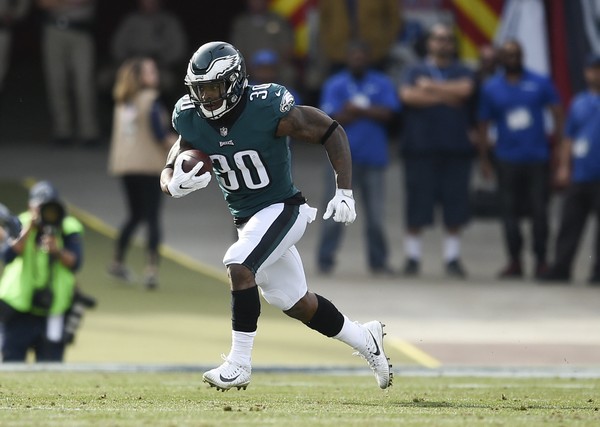 The Eagles seem to have an overloaded running back position, leaving us to wonder how it will all play out. With the Eagles’ offense looking to build, could Corey Clement be the one guy who shines at the top?

The Kawhi Leonard rumors are running wild and the Sixers are working up numerous scenarios to be successful. If you could only pick Kawhi or LeBron, who would you take on your team?

Speaking of successful, there have been numerous outlets pinning the 1996 Bulls up against 2018 Warriors. Even though the game has changed, the arguments for either side are very interesting. Would the Warriors be able to score at will? Could the Bulls stop them in their tracks?

With every bad bullpen showing, the interest meter for Gabe Kapler and the Phillies continues to drop a notch. However, even with this disaster, the Phillies find themselves with the best home record in the National League. Why aren’t the fans coming out to the stadium to see these young players grow? Are they a boring team?

The Heat Ratio (@theheatratio) brings a set of unique views and opinions each week to focus on all the top sports stories making it to the top of the headlines. Listen in as Tony (@TCutillo23) says Corey Clement could be the next Brian Westbrook for the Eagles while John (@PGHJohn36) says he will get enough touches to just be relevant. From favorite summer BBQ recipes to preliminary Fantasy Football projections, it’s all here waiting for your take!

As always you can stop by my Facebook page (FantasySportsAddiction) or tweet me (@TCutillo23) for questions or some nice fantasy/real sports debates. E-mail me at [email protected]. You can listen to The Heat Ratio (@TheHeatRatio) podcast every Wednesday at 12 P.M. on Wildfire Radio, and subscribe on iTunes here.