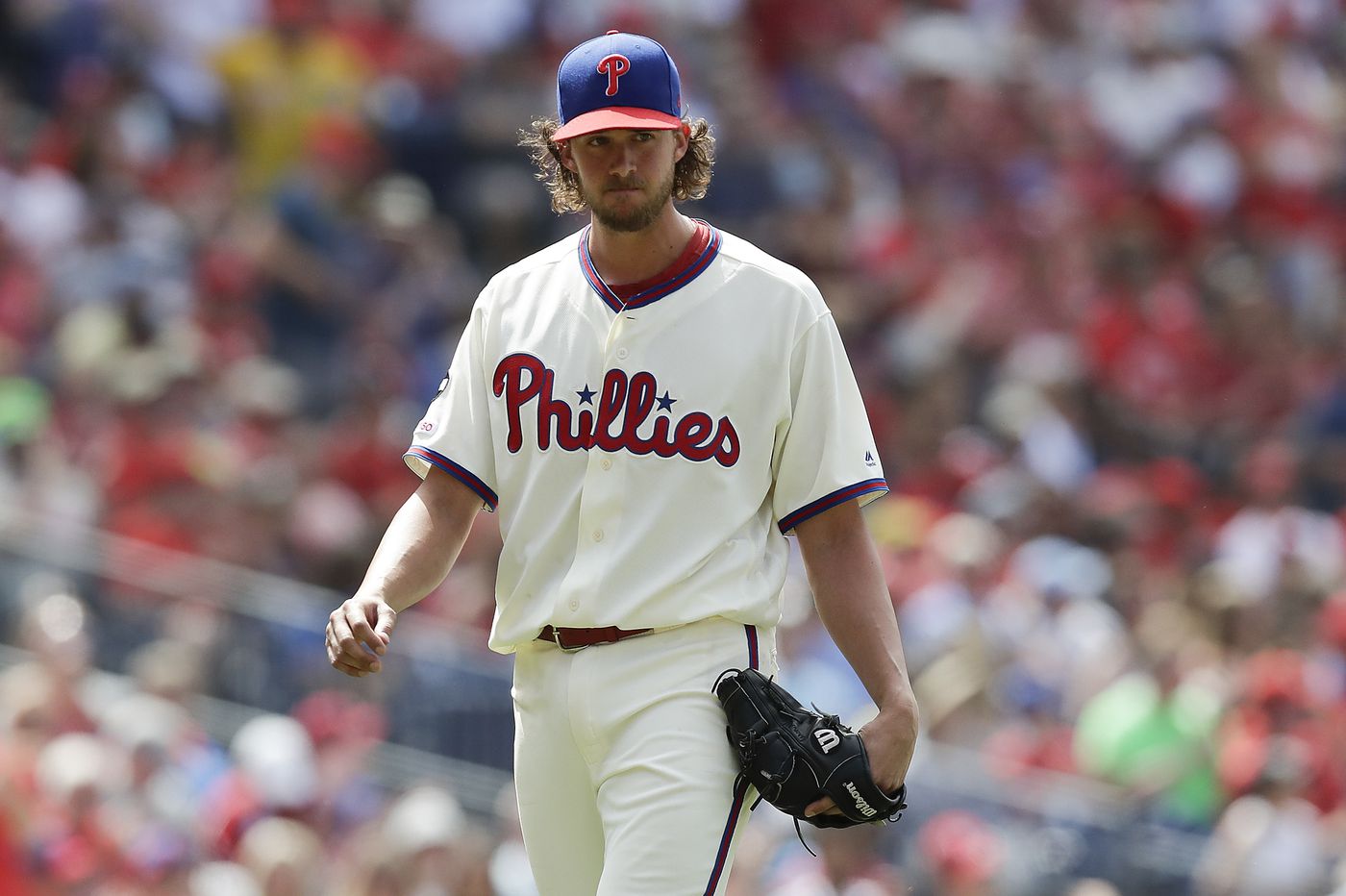 The Philadelphia Eagles have arrived just in time. As the highly anticipated 2019 campaign for the Birds gets started, the continually disappointing Philadelphia Phillies (59-55, 3rd in NL East) chug along. With the focus shifting away from the Phillies, is there any reason to continue to pay attention to this team? That will be answered soon enough and that starts in this series against another Wild Card contender, the San Francisco Giants.

At this point, what more is there to say about the pitching? There have been a few bright spots on the staff, but for the most part, there is not enough consistency nor is the staff stable enough to prevent its volatile outings. As highlighted in the last series preview, Vince Velasquez has been one of the few good players on the pitching staff and that was further solidified after allowing only two runs in seven innings. That start was much needed because of the Phillies over-utilizing its already depleted bullpen.

The Drew Smyly Experience is finally worn out, Jason Vargas is like somebody grabbing a bucket to try and get water out off a sinking ship and the two unproven starting pitchers the Phillies heavily-relied on the begin the season are nowhere to be found. Does this seem like a venting of frustration to you? Because it is. The source of this frustration is more than just the pitching staff. Frustration has boiled over because this is a problem the Phillies knew they had coming into the season. It’s now August and the Phillies have done nothing about it. Not only were they naive to think that they were fine to start the season, but then ignorantly think that Vargas or Smyly could be the fix.

It’s also frustrating because these issues are being ignored and the blame instead being put on Phillies manager Gabe Kapler. This is not going to be used as an excuse for Kapler. The facts are that the Phillies have possibly one of the worst starting rotations in baseball and yet the manager is supposed to miraculously make them better. The bullpen is full of Triple-A pitchers and the starting rotation was filled out with the garbage left behind by 29 other teams.

I think this is simple. Can the Phillies get a hit with runners in scoring position? As tiring as it is to watch the score run up on the Phillies, it’s also tiring to watch the Phillies not be able to retaliate in any way. The hope is that they will be able to break out of this funk in a big way, but it seems like we’ve been waiting since the beginning of June for that.

Despite the recent struggles, the Phillies still hold a Wild Card spot. As long as they are still in contention for that spot, there will always be some hope that maybe the Phils can turn things around. So Phillies fans are still going to excruciatingly watch this team explode on offense for one game and shut down the rest. It’s the cycle that the lineup needs to break. Can the Phillies eventually do so? Sure. They’ll probably score seven or more runs in a game this series and things will look positive, but then will go back to being shut down again.

Aaron Nola – o/u 6.5 strikeouts – Nola has been a little inconsistent lately, but for the most part, has been pretty good. Strikeouts are never an issue for Nola however. OVER

Total – o/u 7.5 – The Giants have only scored six runs in the last four games and Bumgarner is sure to give the Phillies lineup a tough challenge. In the last series with these two teams, there was only one game that surpassed six runs. UNDER

For those of you that think either of these four guys are having a bad season. #Phillies pic.twitter.com/KD4AktsRPD

This is something that keeps surfacing about the Phillies. The narrative that the Phillies top players have regressed and it is because of coaching. That just isn’t true. For the most part, every player on the roster is playing to their career averages.

Now, of course, there were those that had expectations higher at the start of the season for these four and that they would improve. I was one of those people. This is the reality though. At the start of the season Rhys Hoskins’ potential was uncertain and Bryce Harper as well. The numbers that they have produced this season, and in recent years, are likely what we can expect from them moving forward.

One last thought here, as well; with the Eagles’ first preseason game kicking off and the NFL season ‘officially’ beginning, I wish there was something I could say that will help keep your interest in the 2019 Phillies. To be honest, there isn’t really much to be excited about. There doesn’t seem like there is a winning streak on the horizon for the Phils. With the Eagles sights realistically set on a Super Bowl this season, it’s understood that the Phillies will be left in their shadow. If you aren’t paying close attention to the Phillies from now on, that’s fair, but just peek in every once in a while to see how they are doing. The Phillies have hung around long enough that maybe things can break their way in the last two months of the season and a playoff spot is there for the taking.