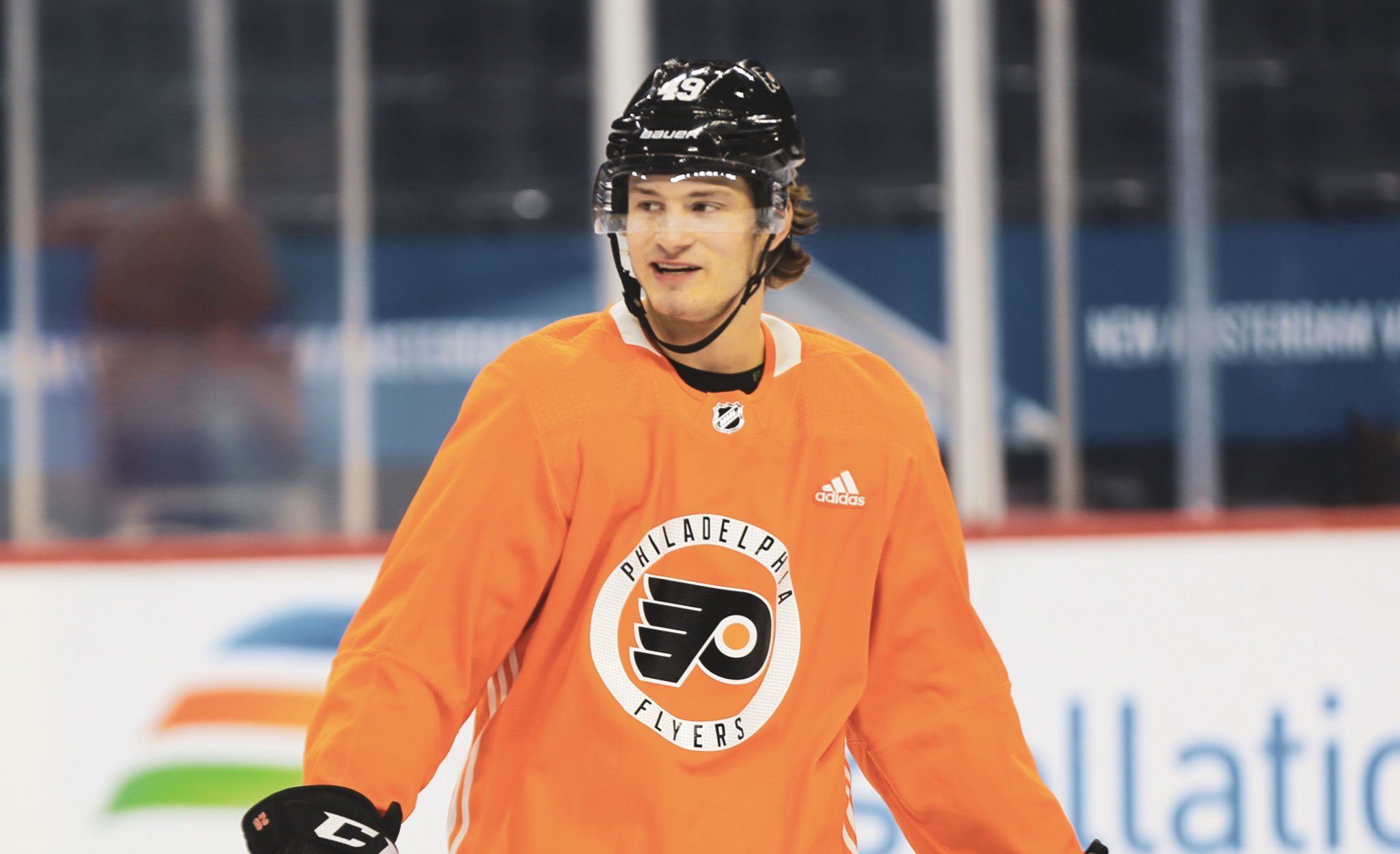 The straw that broke the camel’s back came yesterday when the Courier Post’s Dave Isaac tweeted out the Flyer’s lines from the Monday morning skate.

Let’s take a look at the forwards, shall we?

Claude Giroux – Kevin Hayes – Travis Konecny; a fine line if you ask me. Giroux is the best player the Flyers have had this decade paired with Hayes and Konecny who had pay days this offseason. Not a bad move.

Michael Raffl – Sean Couturier – Jake Voracek; I like Raffl more than most and this was a head scratcher. Since returning from being injured on Dec. 29 in 7 games Raffl’s posted two points. I get juggling the lines but this one doesn’t do it for me. Having Coots and Voracek with him helps, I guess.

James van Riemsdyk – Scott Laughton – Nicolas Aube-Kubel; JVR is pointless in his last eight games. Laughton’s last goal was six games ago and NAK is here to bring the juice and drive play. This line is boom or bust as JVR scores in bunches with the best of them.

Joel Farabee – Connor Bunnaman – Tyler Pitlick; this is where Alain Vigneault lost me. “Shuffling the lines” is defendable to a point but it’s things like this that got Dave Hakstol run out of town. Bunnaman and Pitlick are OK on this line, that’s not where the problem lies.

Joel Farabee, the 14th overall pick in the 2018 draft, has been relegated to fourth line duties, a fate meant for the likes of Jori Lehteras and Dales Weises’s of the world, not a soon-to-be-20-year-old who has some of the best scoring upside in the system.

In his first professional season, Farabee has had his fair share of ups and downs and has accumulated 12 points in 36 games. I understand everyone wants to see the kid get NHL minutes but playing him alongside another inexperienced player in Bunnaman and a career grinder like Pitlick is not ideal for his development. Shit, in year’s past I’ve been on record saying I’d rather see the young guys struggle than watch old, slow guys hardly get the job done, but this is far from what I meant.

Don’t get me wrong – I’m not clamoring to see Farebee placed on the second line in lieu of Raffl. I think there’s another solution here: I want to see him back in Allentown with the Phantoms with Morgan Frost. Put the two together and let them gain chemistry and refine their game at the AHL level – that’s my ideal scenario.

It can’t be stated enough, Farabee will be 20 in February. He has plenty of time and an extended visit in the Lehigh Valley wouldn’t be the end of the world. Depending who you ask, he should have been there the whole year acclimating himself to the professional game. At any rate there was a time where he looked damn good for the Flyers. Those days, however, have come and gone. If he’s not going to be given the time to work with players who can elevate his game in the top six (or nine for that matter) he needs to be getting top six minutes in Allentown. End of story.

What happens if he’s sent down? Easy: call up David Kase.

This situation gives the Flyers organization a win-win scenario. Kase plays with some jam and could excel on the fourth line with the center du jour and Pitlick. Kase, who turns 23 at the end of the month, could benefit from receiving NHL minutes, even if they are at a minimum. A dozen-or-so minutes on the fourth line with some scoring upside is all you can ask for, which would be a success for the 2015 fifth round pick. At the same time Farabee can re-evaluate his game and get top six minutes in the AHL – he will be a better player because of it when he returns to the city of brotherly love.