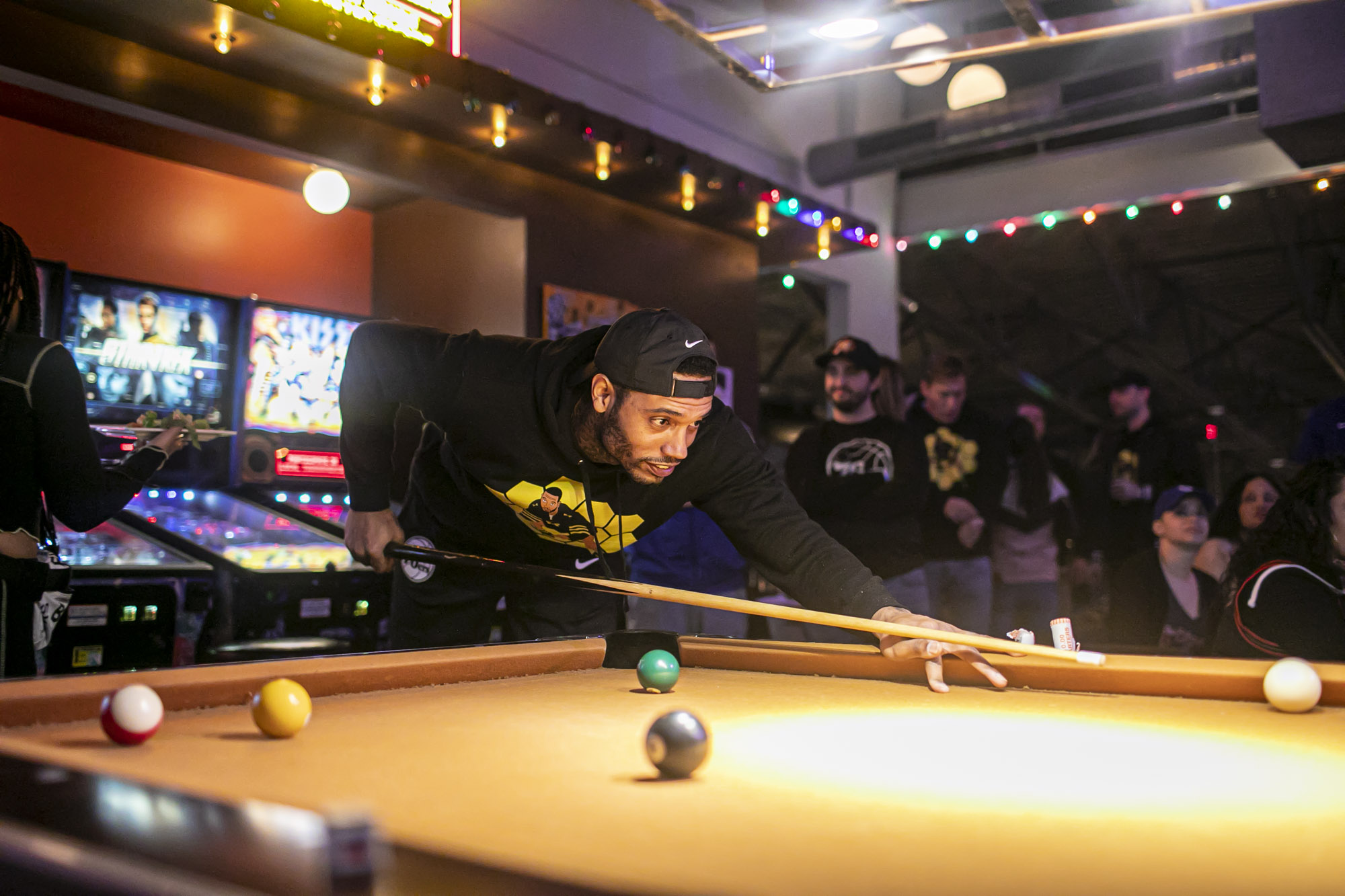 North Bowl buzzing on Sunday night. Tons of eager Sixers fans came to the popular entertainment venue for Mike Scott Hive Appreciation Night. Thanks to Red Bull Hoops and Mike Scott, the masses of fans that have embraced the NBA veteran since his arrival in the City of Brotherly Love experienced a night that they’ll never forget. 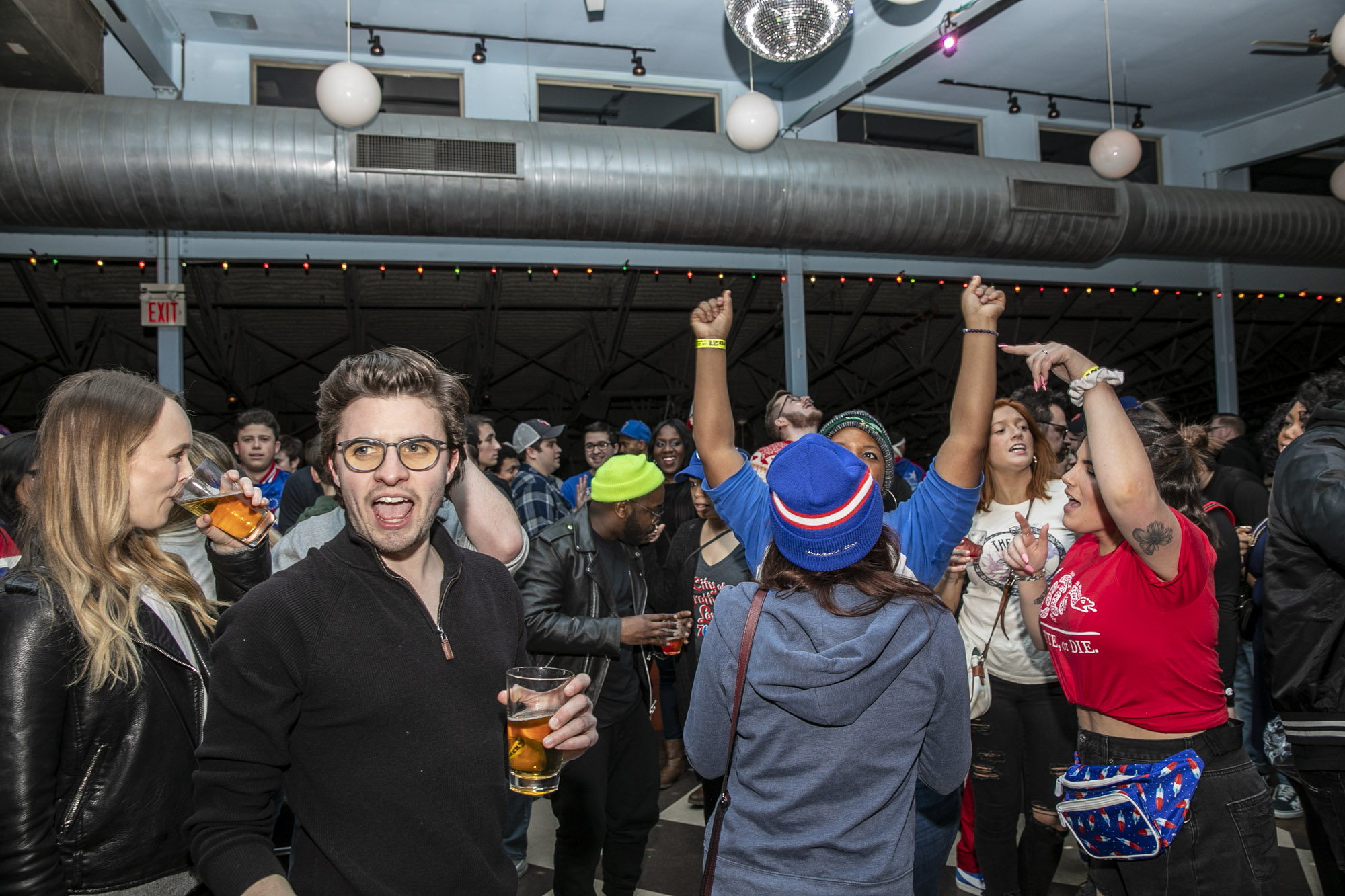 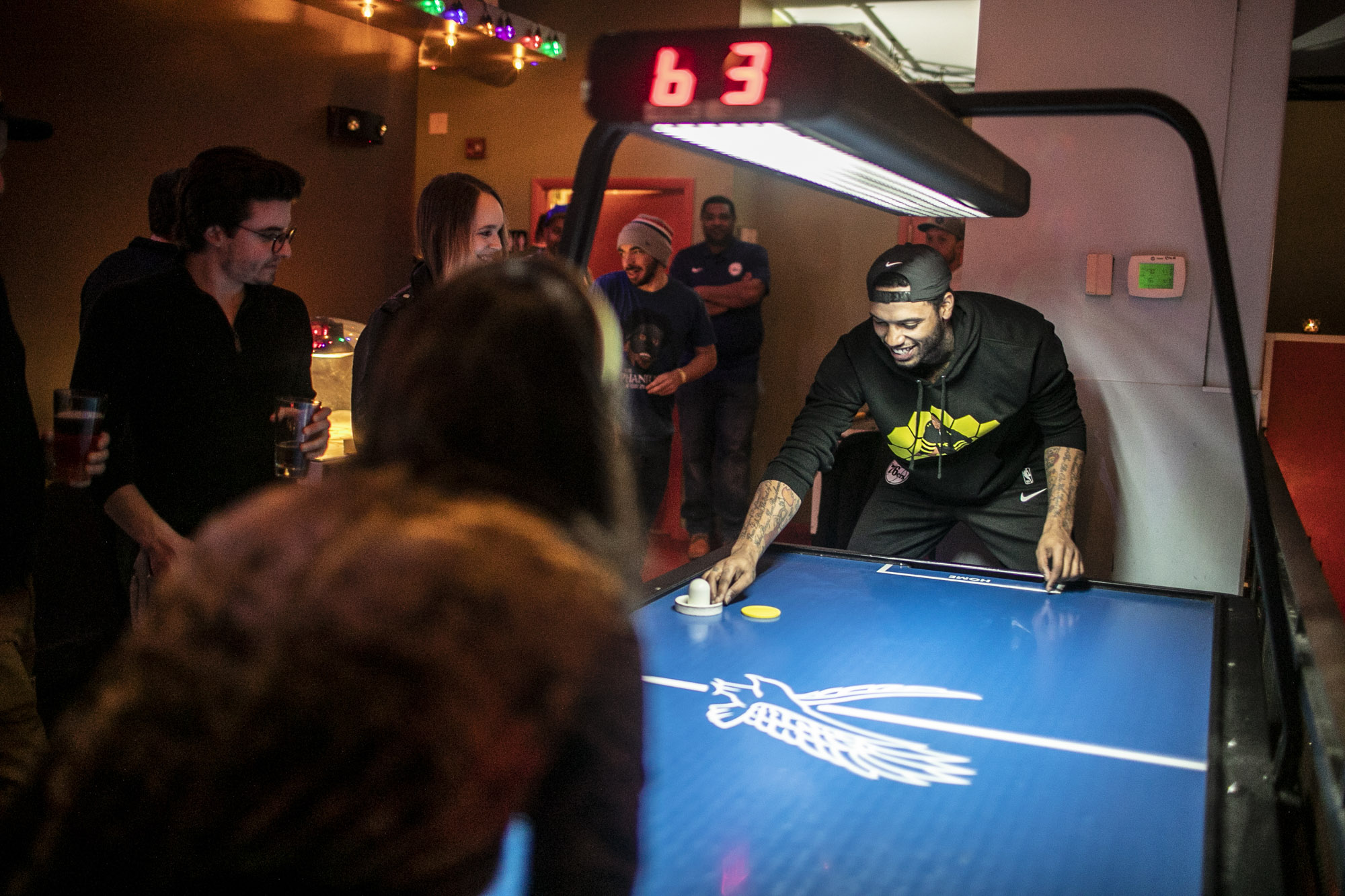 With massive screens displaying 76ers stars Joel Embiid and Ben Simmons, the Sixers faithful didn’t miss a minute of the NBA All-Star action. Once the man of the hour, Mike Scott, walked into North Bowl, there was a massive uproar. Scott made his way through the extensive space, thanking fans individually. He also took his time to take photos with several supporters in attendance. There were several laughs and cheerful conversations, as excitement swept through the room. 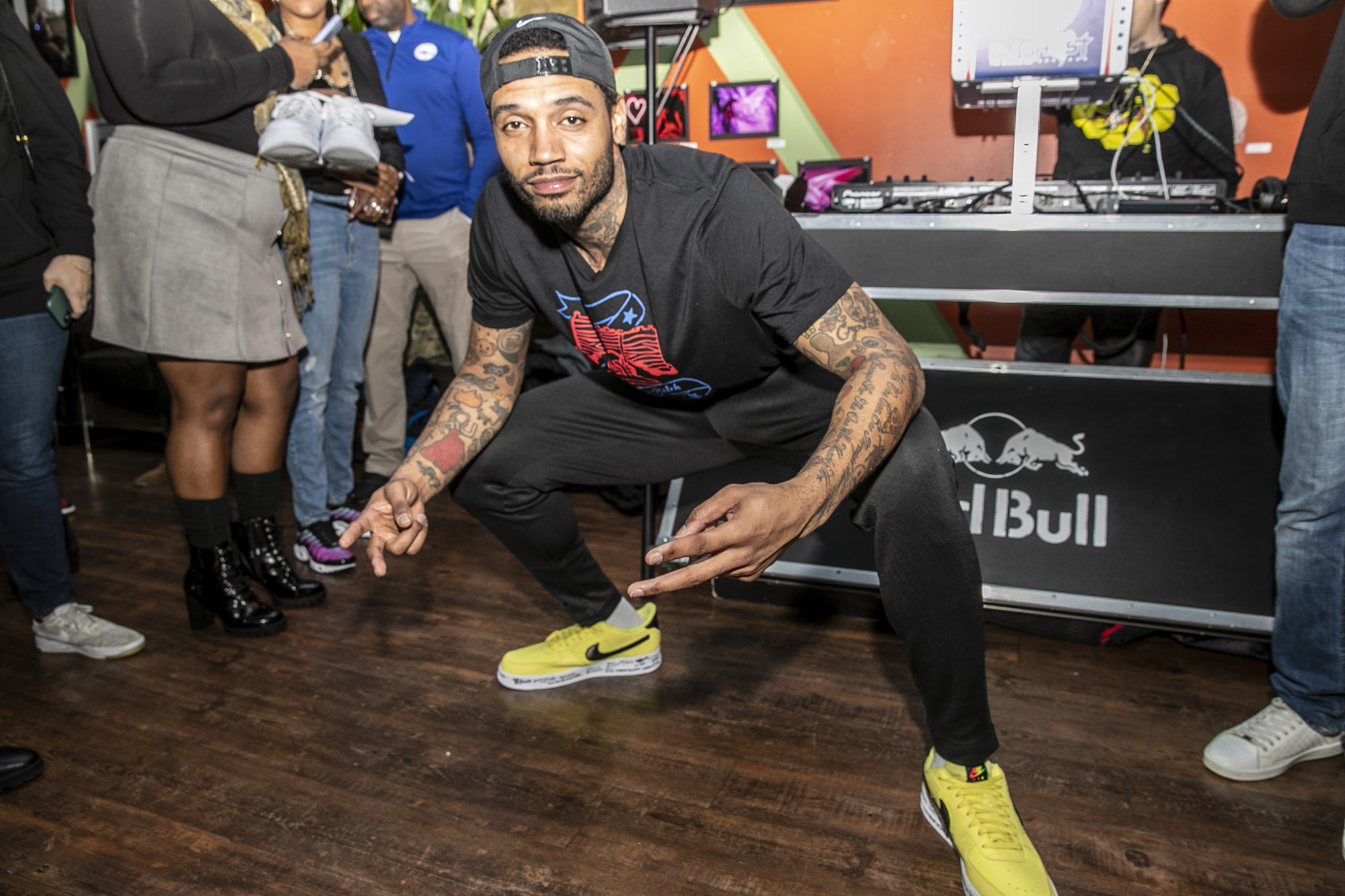 After the first half of the highly entertaining NBA All-Star game, Scott sat down with reporters to talk about his love of the city, his fans, his new app, and more:

On growing up in Virginia and seeing Allen Iverson’s connection to the city:

“Everyone knows that Philly is like a second home for A.I. How he plays, his passion, he was so raw. What you see is what you got. I’m nowhere near that but I definitely appreciate the fan base and how they have accepted me here.”

On what it’s like to have Philly embrace him:

“It’s pretty cool. I spent five years in Atlanta and enjoyed my time there. I’ve seen some good teams. We had some good teams there. One year in D.C., I feel the fans…they took after me too. L.A. was pretty weird. I just wasn’t good so it was a bad time there. Once I got here, the fans always got behind me good or bad. You see tonight people came out and showed appreciation. It just shows that Philly, you know they get a bad rep sometimes for the fan base.  But from my personal view, they’ve always been good to me.” 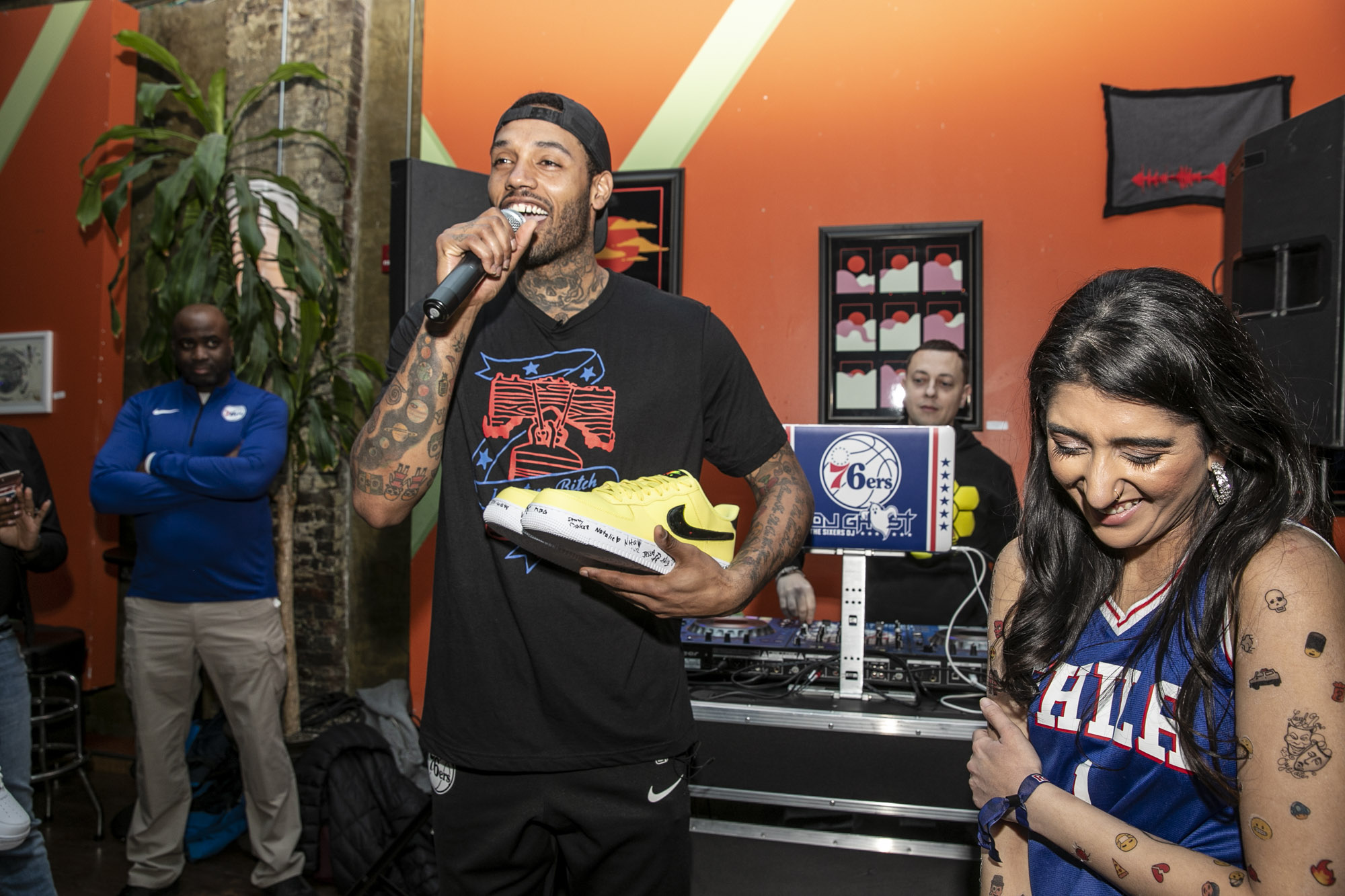 On early team scrutiny and momentum heading into the rest of the season:

“Just build on that win [Clippers]. Hopefully, everyone comes back from the All-Star break with the mindset of being better. Let’s finish strong and get ready for the playoffs…just leave all of the soap opera stuff in the past. I really don’t pay attention to it that much. I just like to go out there and play. Hopefully, we just come back and be prepared for these last 30-something games and the playoffs…just don’t worry about anything else.”

If the All-Star break can reset the team:

“Yeah just refresh and come back. Leave all of that other stuff…we’ve all seen in the news and the media…this is our team now. It’s whatever now. We just got to figure it out. You can’t get caught up in fans or boos. At the end of the day, they [the fans] just want to win. They don’t hate us… Just come back and get ready.” 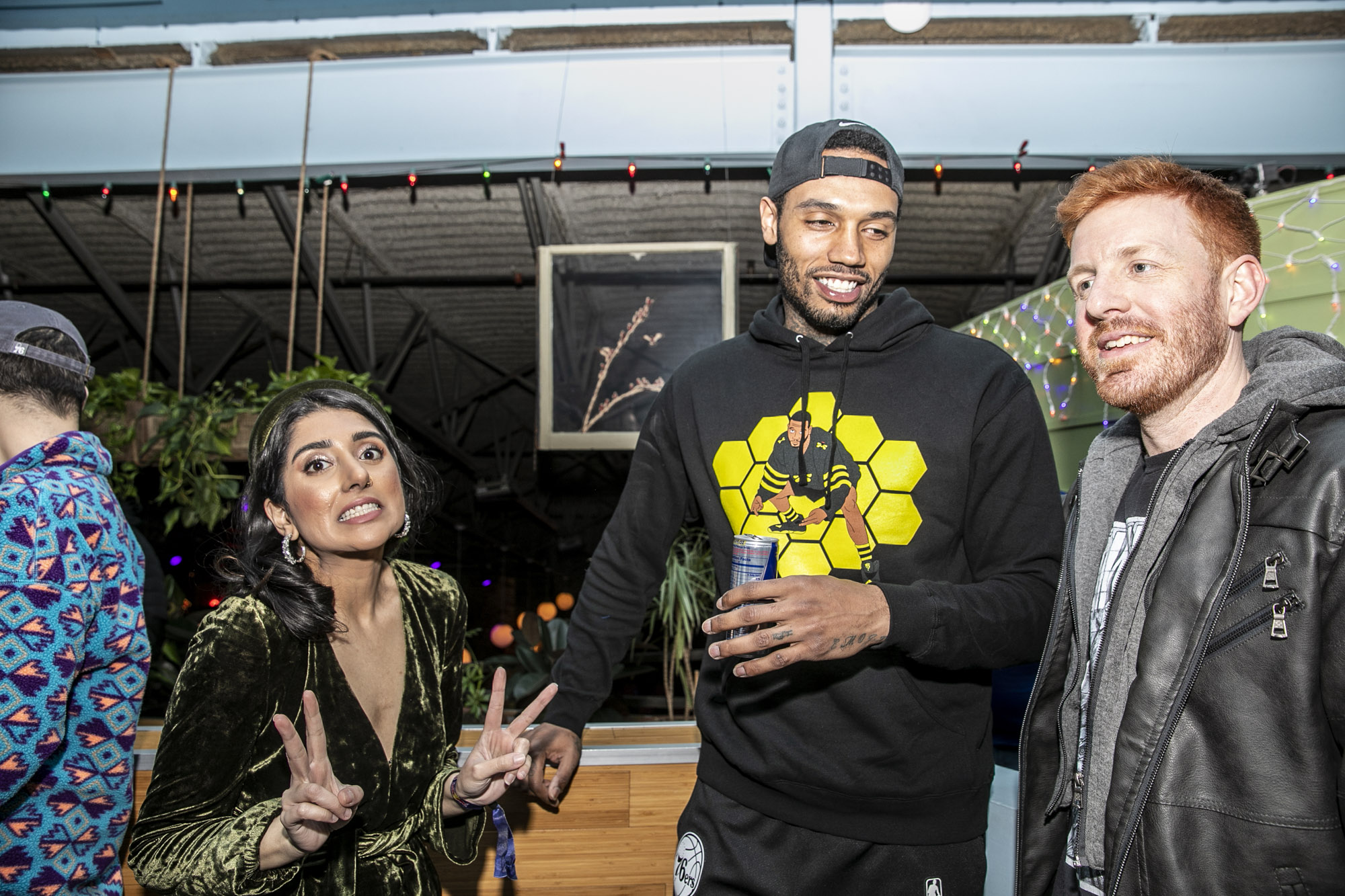 Why having a Hive Appreciation Night was important:

“Why not enjoy fans who appreciate me? I appreciate them. Have fun at the bowling alley, converse, drink, watch a game, and just have fun. I don’t feel like it’s work for me. I’m just vibing with the fans and having fun.”

On when he first heard of the Hive:

“Game 4 in Brooklyn. I hit that shot and saw a lot…especially after that shot it kind of grew…tattoos. It kind of started getting kind of crazy. I took a liking to it. I raced a guy. I had a nerf war with kids. I appreciate it. It’s kind of dope.” 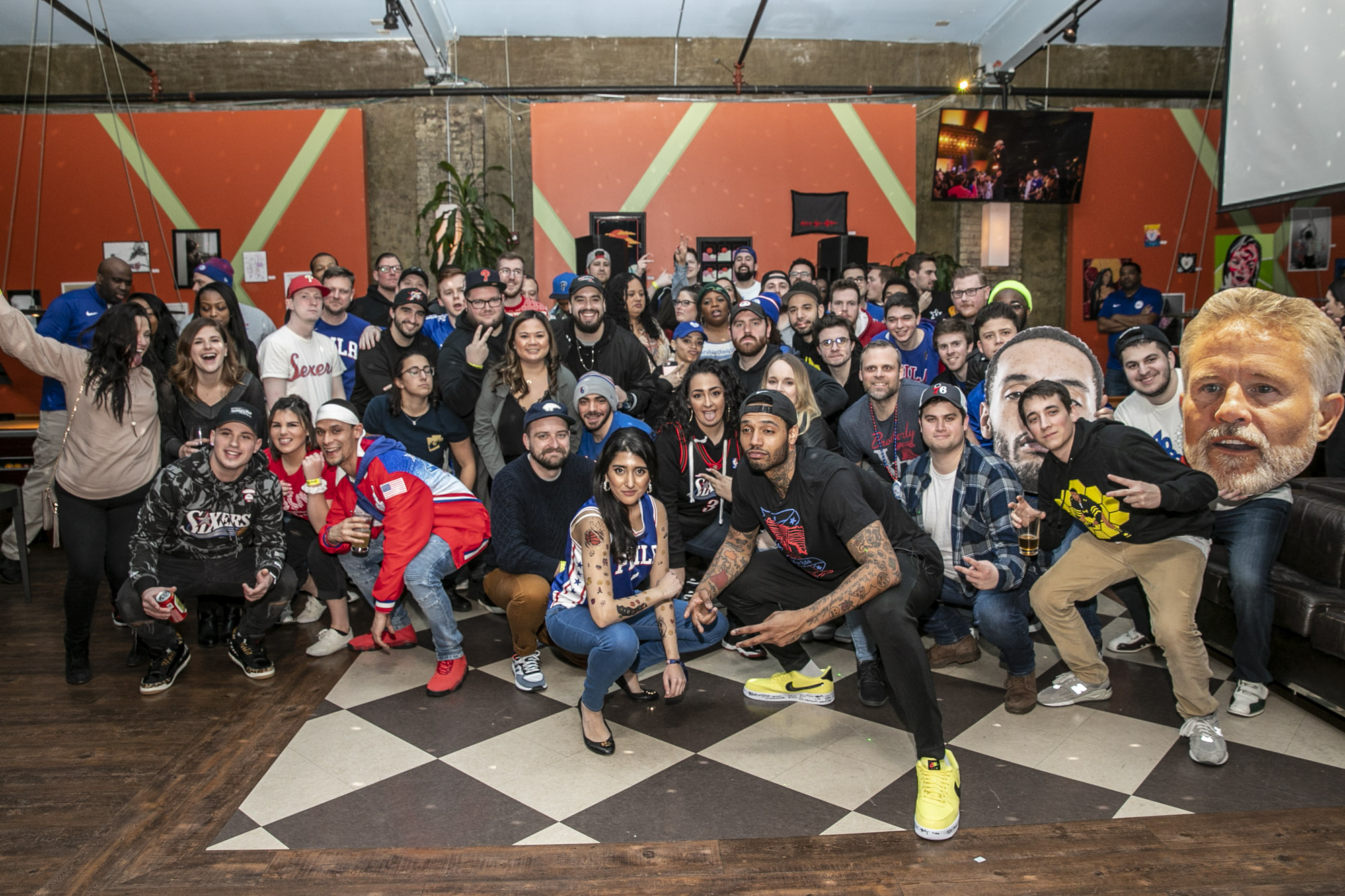 On the roster being constructed this year for a tough mentality:

“Myself included, I gotta get back to that mentality [toughness] when I first got here. The thing about this All-Star break, these last 30-something games…getting ready for the playoffs…we gotta get back to that mentality. Playing hard, diving in, getting scrappy. I feel like every team needs that. At the end of the day, I’m a hooper. I want to go out there and score…get buckets and all of that. You know, of course, every team needs a physical person who has that mentality. Who wants to get their elbows dirty.”

On his new app:

“A little bit after the season, I got approached…because of the fanbase in Philly, how they took a liking to me. If it could work, it would be here in Philly…membership, clothing, games, a whole bunch of stuff. I never thought I would have an app. I was surprised that guys [NBA players] don’t have an app…It’s been positive.” 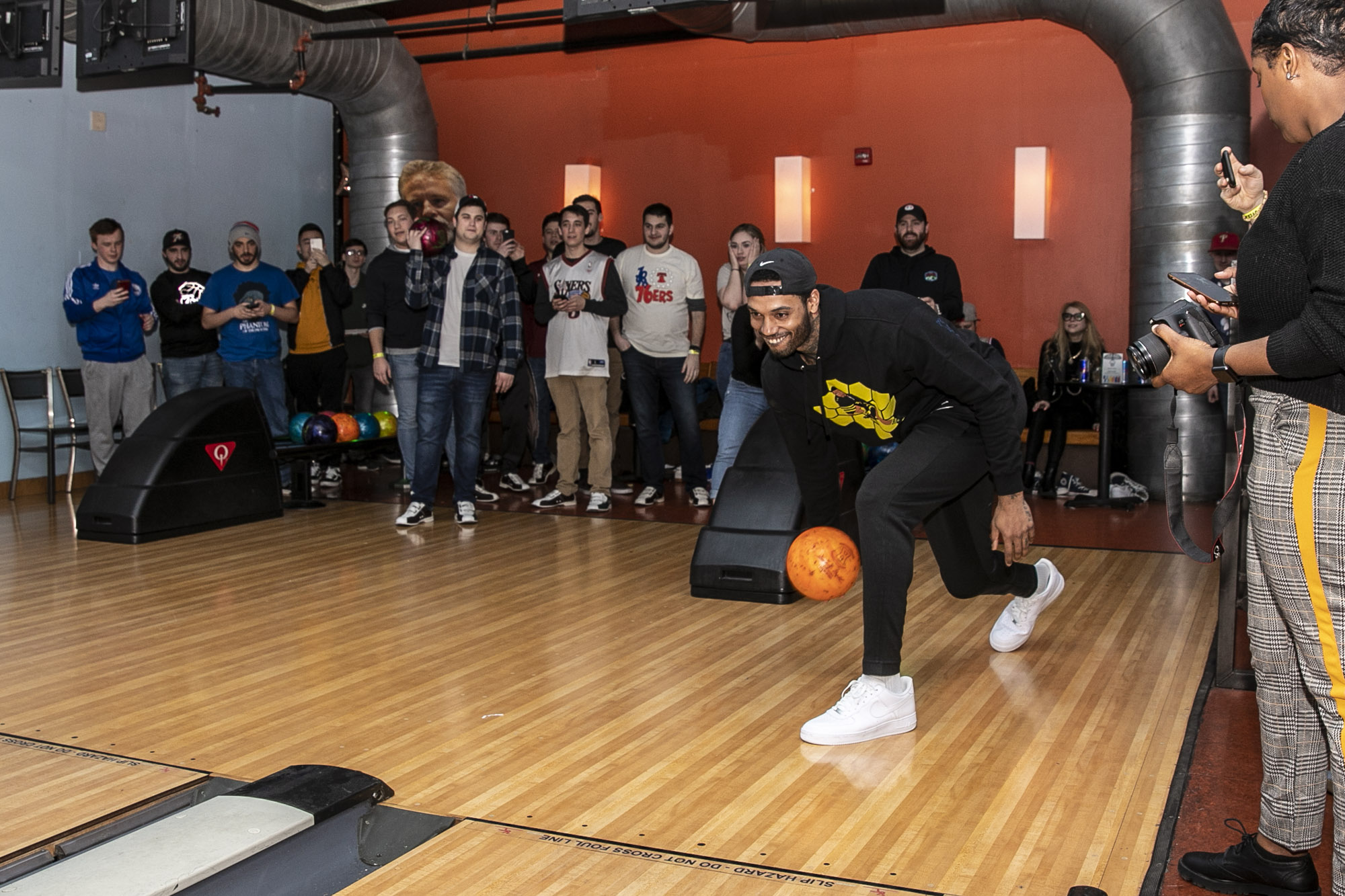 On who won the NBA All-Star Dunk Contest: 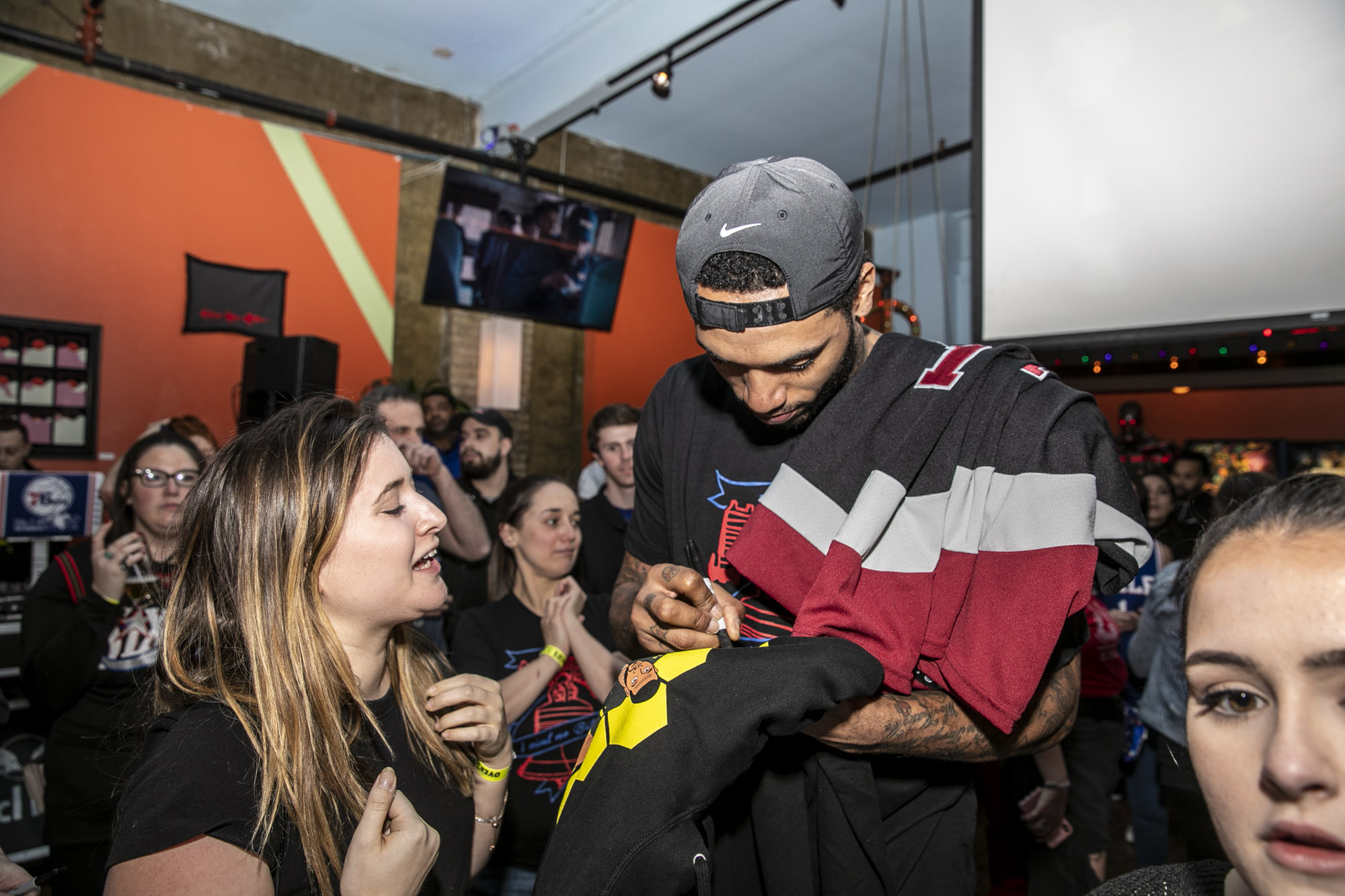 Scott spent the rest of the night taking in the rest of the NBA All-Star game while hanging with fans. He also gave a heartfelt speech expressing his gratitude for the Mike Scott Hive. The celebration was a nice reprieve from the passionate chaos that an NBA season can bring. With the second half of the season on its way, the Mike Scott Hive and the rest of Sixers nation will be gearing up for the team’s surging playoff push.