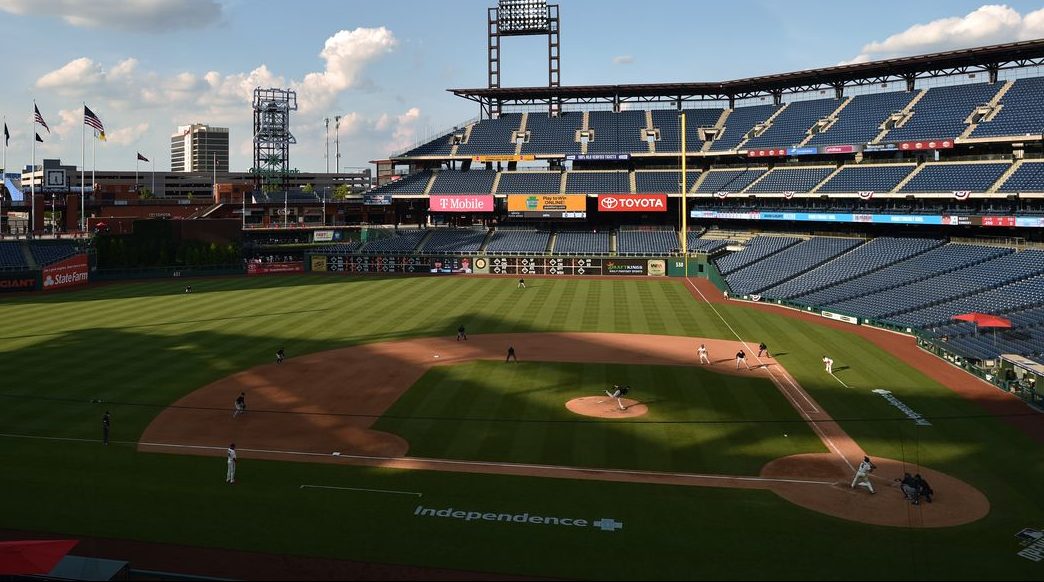 After more Marlins players tested positive for COVID-19 on Tuesday, the rest of the week was wiped out for the club. They’re currently still in Philadelphia getting tested and remain in isolation.

The rest of the week was also wiped out for the Phillies, as they’ll be undergoing their own testing at Citizens Bank Park. Instead of the Yankees visiting Philly and then heading back to New York to play the Phillies, they now will travel to Baltimore to play the Orioles beginning Wednesday night.

The Phillies were then scheduled to take the field again on Friday against the Blue Jays. That won’t happen now, but according to The Athletic’s Ken Rosenthal, they will play a doubleheader on Saturday against Toronto, followed by one game on Sunday.

Phillies will not play Friday, source tells The Athletic. Doubleheader against the Blue Jays on Saturday and a single game on Sunday.

Players have been told that if they were exposed to the virus by playing the Marlins, those positive tests would show up between Thursday and Saturday. So this makes sense. https://t.co/9pTv5jWzyV

So far, so good for the Phillies, who have had zero positive tests two days in a row.

The Phillies, according to a source, had zero positive tests among players and coaches for a second straight day. First: @JeffPassan.

The club is proceeding with a staggered workout schedule this afternoon. Players need to stay sharp somehow.

Of course, someone could test positive later today, tomorrow, Friday, or Saturday. We still know the virus has an incubation period of 14 days, so if there remains zero positives by Saturday – while that’s certainly a good thing – it doesn’t mean there won’t be positives after that period which could be attributed still to the Marlins.

Let’s hope no more positives come about for the Marlins, also, after an additional one was added Wednesday.