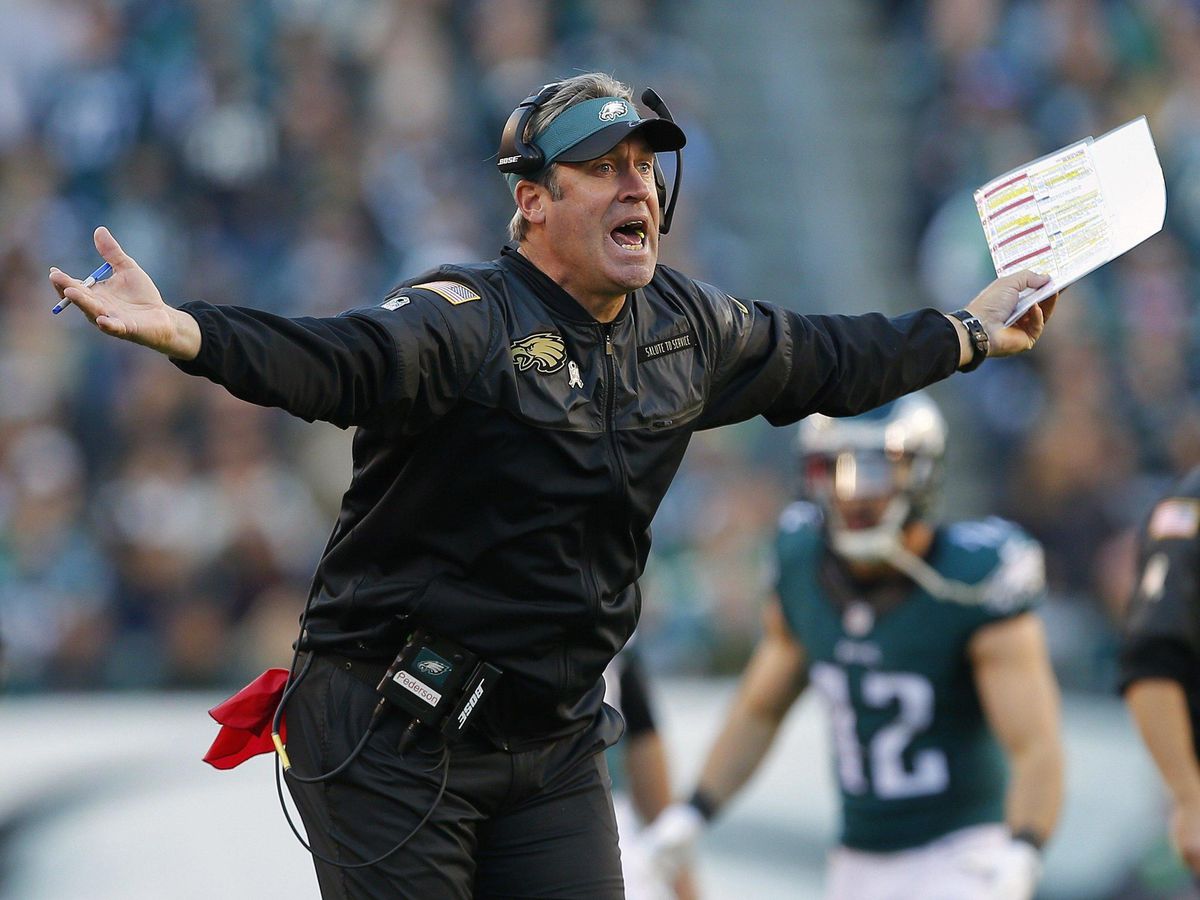 The Philadelphia Eagles have parted ways with Super Bowl winning head coach Doug Pederson. After days of speculation, Pederson’s coaching stint with the Eagles has come to end after five seasons. NFL Network’s Tom Pelissero broke the news at 2:02 p.m. on January 11, 2021.

Pederson was hired on January 18, 2016 to replace Chip Kelly. Pederson was key in the Eagles’ decision to move up and draft Carson Wentz with the second overall pick in that year’s draft. In his first season, the Eagles were 7–9 and missed the playoffs.

Better days were ahead for Pederson and the Eagles in his second second season. He led the Eagles to a 13–3 record and winning the NFC East and home-field advantage throughout the playoffs. Even more impressively, after Wentz tore his ACL in Week 14, Pederson had Nick Foles at the helm for the remainder of the year. Despite being underdogs, Pederson led the Eagles to Super Bowl LII, the team’s first Super Bowl appearance since the 2004 season. The Eagles won the game 41–33 over the New England Patriots, giving them their first Lombardi Trophy in franchise history and their first league championship since 1960. 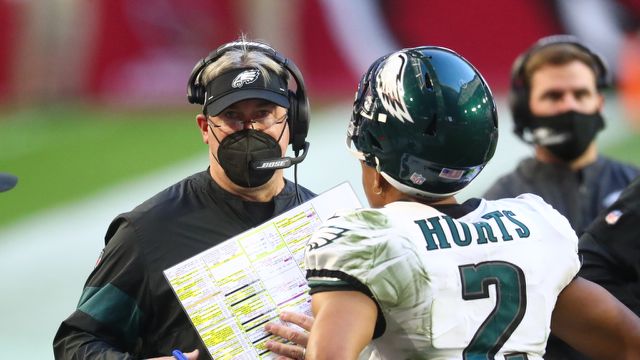 In 2018, Pederson signed a contract extension  with the Eagles through the 2022 season. In his third season, the Eagles finished 9-7.  After starting 4–6, the Eagles won five of their last six games, including upset victories over the Los Angeles Rams and Houston Texans. As a sixth seed, the Eagles made it back to he playoffs and upset the third-seeded Chicago Bears, 16–15. The Double Doink. The following week they fell to the Saints, 20–14 in Pederson’s first career postseason loss as a head coach.

The following season, after starting 5–7, the Eagles managed to win their last four games and finished with a 9–7 record, good enough to win another NFC East crown. They lost to the Seattle Seahawks, 17-9, in the Wild Card round after Jadeveon Clowney delivered a dirty hit to Carson Wentz’s head, resulting in him leaving the game.

In the 2020-21 season, the Eagles’ record was 4-11-1 with the team finishing last in the worst division in National Football League history. The losses, paired with the season-long offensive struggles, Wentz’s regression, and inconsistent defense among other problems all led to questions about coaching and roster building. Ultimately, that ended with both sides parting ways.

“I have spent the last few weeks evaluating everything from this past year and looking ahead. We are all very disappointed with the way our season went and eager to turn things around, not just for next season but also for the future of the franchise.

Coach Pederson and I had the opportunity to sit down and discuss what that collective vision would look like moving forward. After taking some time to reflect on these conversations, I believe it is in both of our best interests to part ways.

I have known Doug and his family for more than 20 years and they will always be family to me. I have a tremendous amount of respect for him and everything we have accomplished together over the last five seasons. Everyone in the organization understands the type of man and coach that he is, and how much he means to all of us as well as the City of Philadelphia. We all look forward to the day he will be inducted into the Eagles Hall of Fame as a Super Bowl-winning head coach, and we are confident he will have success with his next team.

But as the leader of this organization, it is imperative for me to do what I believe is best for everyone as we look ahead to the future and move into our next chapter. I know that we have work to do to get back to where we want to be, but I also believe that we have an exceptionally strong group of people in this organization who can help set us up for future success.”

Doug Pederson on his time with the Eagles:

“It has been an absolute honor serving as head coach of the Philadelphia Eagles. As difficult as it is to say goodbye, I will always look back on my time here with appreciation and respect.

Thank you to Jeffrey Lurie for the opportunity, and to Howie Roseman and Don Smolenski for their partnership and support over the last five seasons. To all of our coaches, players, and staff, thank you for believing in me and allowing me to lead us on this journey. The memories we made here, together, will always have a special place in my heart.

To the City of Philadelphia, thank you for embracing me and this team. I truly appreciate the passion you bring every single day – at home, on the road, and in the community. No matter what, you were always right there with us.

Although I am disappointed that this chapter of my career has come to an end, I am extremely proud of what we accomplished together. Through all the ups and downs, one thing remained constant about our team – an unwavering commitment to battle through adversity and to achieve our goals not as individuals, but as a collective unit. There is no better example of that than when we celebrated the first Super Bowl Championship in Eagles history together with our city. That is a memory we will all cherish forever.”

Lurie spoke to reporters a couple hours after the news broke.