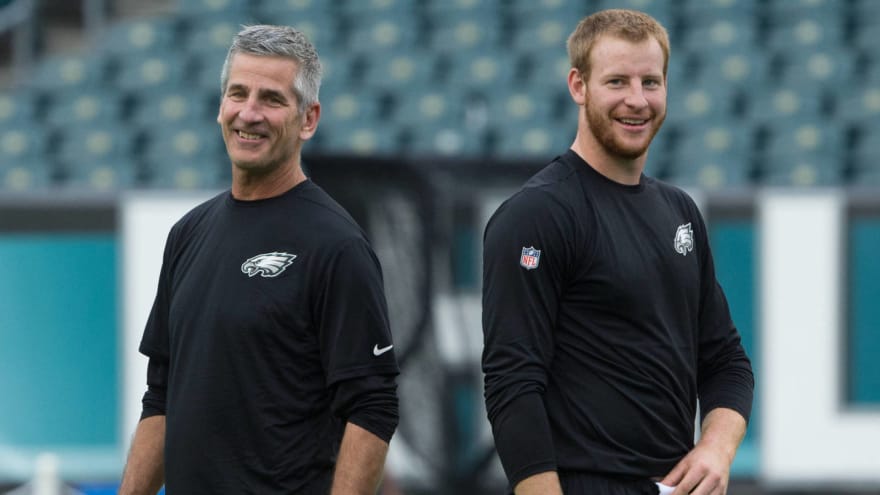 Carson Wentz will be traded to the Colts for a 2021 third-round pick, and a conditional 2022 second-rounder that could turn into a first, according to ESPN’s Adam Schefter.

Philadelphia has agreed to trade Carson Wentz to the Indianapolis Colts in exchange for a 2021 third-round pick and a conditional 2022 second-round pick that could turn into a first, league sources tell @mortreport and me.

It certainly seems like Wentz’s 2020 season cost the Eagles on the field and off the field, also.

Should Wentz’s “playtime” be at or exceed 75%, or at least be at 70% and the Colts make the playoffs, the conditional 2022 pick becomes a first instead of a second, according to Schefter.

Wentz’s 2017 MVP-type season notwithstanding, he’s been a pretty good quarterback on the field most of his career. In 2020, he played some of his worst football, ultimately getting benched in favor of 2020 second-round pick, Jalen Hurts, by head coach Doug Pederson. Now, Pederson is gone. Wentz is gone. It’s the Nick Sirianni and Hurts show now.

In 2020, Wentz had a career-worst 57.4 completion percentage, and drops weren’t even the main issue. In 12 games, he threw for 2,620, also a career-worst. He threw 16 touchdowns with 15 interceptions, and never seemed to let plays develop or gave them too much time to try to develop. He just looked lost the entire season, and that’s likely a huge reason the Eagles didn’t get a bigger haul for him.

But, the Colts taking on that contract could be beneficial in the long run for the Birds, despite taking on a $33.8 million cap hit this coming season, which is the largest in National Football League history.

It’s certainly not a fun time watching an era come to an end, but it’s absolutely remarkable to think both Pederson and Wentz are gone. What is going on over there?

"By no means is the work done, we're just getting started." – @cj_wentz #FlyEaglesFly pic.twitter.com/r99oGjwxzQ