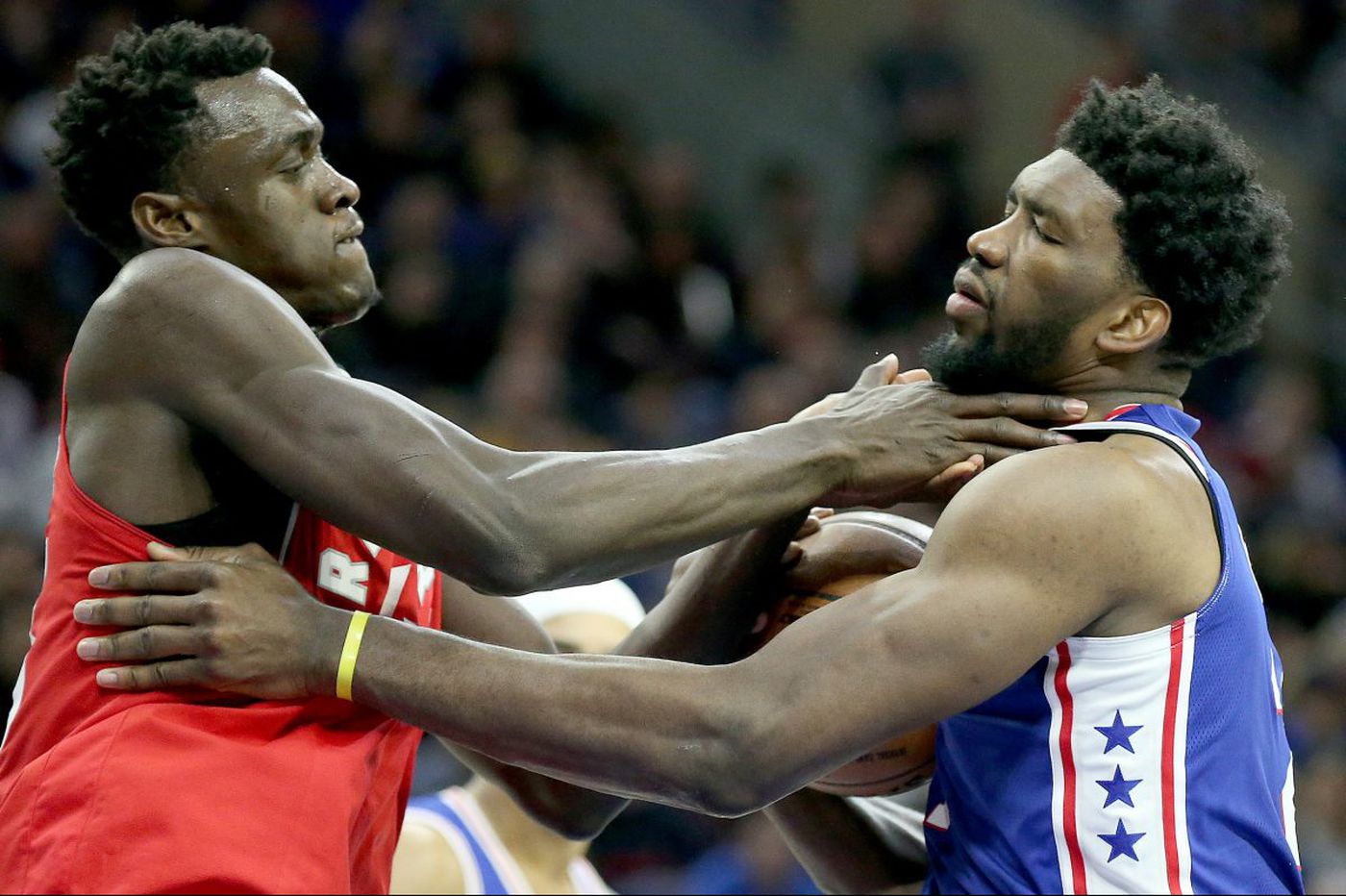 Very minor intro today, as you know as well as I that I must have sold my soul to the devil after that 5/5 Friday night. Since then, I am 1-9 and had to take a good hard look in the mirror this morning. The blog is still above water at 23-20, so it means we were doing something very right before this curse.

I had a scheduled break from the blog starting tomorrow anyway, so this will be my last post before next week. Yes, that means no Friday Five or Saturday Six-Pack. That being said, I owe you big time after these last few days. So I am giving you five midweek picks to hold you over. And hey, if you want to fade me, be my guest, I can’t even really blame you (but if you lose I will laugh at you!) With that, here we go:

I know what you’re thinking… I just acknowledged that we have a curse on our hands, and my first pick is the Sixers going against their personal Kryptonite, the Toronto Raptors. We’ve all heard the stats from Sunday (such as 1-19 SU in their last 20 on the road against them), but so many of those games were played by far less quality Sixers teams, and also better Raptor teams.

I’m expecting this Sixers team to take both Sunday’s loss, and the fact people keep bringing up this streak personally. Remember, what happened in 2017 and before with these two teams has zero impact on tonight’s game. Sixers are a top team in the East, and the Raptors are an average team right now. Don’t expect them to beat Philly back-to-back.

Let’s break the curse by breaking a curse, Lay the -1.5 with the Sixers.

I’m going to keep this one short and sweet. I don’t think this Warriors team is going to lose three straight games to the Magic, Hornets, and now the Knicks. The first two legs of that stretch are complete, and I’m sure you saw Draymond Green’s meltdown over the weekend which cost Golden State their game against Charlotte. Again, keeping it short, I think the Warriors are a real team, and the Knicks I’m just not quite buying it yet.

Lay the 3 points with the Warriors.

Again, I know what you’re thinking … this guy has lost this much recently and is seriously picking a team that has lost over 10 straight ATS. I’ll admit, I texted my friend telling him about me making this pick, and he called me an idiot. Again, fade me if you must, but this Cleveland team is going to cover a game at somepoint, and this spot at home against the Hawks seems like a great spot to make that happen.

Atlanta is no tower of power, they are 3-7 in their last 10 overall, and are 4-6 ATS in that stretch. They are also 1-2 ATS this season when favorites of seven points or more. This is really more of an against Atlanta play than it is a pro Cleveland play. Atlanta doesn’t deserve to be 7.5 point favorites over anybody at this point, so yes, I’m taking the Cavs.

Take a risk, take a chance, make a change, and breakaway with the Cavs and the 7.5 points at home.

My Kelly Clarkson game is strong.

If you’ve been following along, you know the ACC has been a disaster for me recently, so feel free to skip this if you’d like… But I do like VA. Tech here. Georgia Tech now has one road win in conference this year after pummeling Miami (damn you Hurricanes!) on Saturday. I still don’t think this is a great team on the road, and now they are playing a much more qualified opponent.

On the other side, the Hokies haven’t played in over two weeks, and I am expecting them to come in charged up and ready to go from the layoff. This team has a shot to get a two or a three seed if they play their cards right down the stretch and with a relatively easy schedule remaining, I don’t see them taking this first game back too lightly.

I hate the Celtics as much as the next guy, trust me. But that doesn’t mean I believe they are free-falling off a cliff below the .500 mark. I still view this team as a potential Eastern Conference contender, and after collapsing in a nationally televised game against New Orleans on Sunday, I’m looking at this as a bounce-back spot for Boston.

Dallas has started to find their footing to their credit, but they are now missing Kristaps Porzingis in this matchup. I feel the firepower of Tatum and Brown can win over Luka Doncic.

Take the Celtics on the road -2.

I know I said I was only going to give you five picks, but this last one is just something a little extra to remember me by while I’m gone for the week. Texas has been in somewhat of a free fall if you really look at it. Since January 10, they are 3-5 with their only wins being against K-State (twice) and TCU. They were ranked in the top 5 earlier this season, and have since fallen down a bit. But that makes you ask, why are they still ranked #14 then? Let’s take look at these losses.

I’m still not buying in that Kansas is back, but I’ve spoken about that enough in these posts. When these two teams met earlier this year, Texas dominated the Jayhawks in Allen Fieldhouse 84-59.

I don’t believe these teams have really changed that much since that meeting on January 2nd, and I think it will show tonight.

Similar to Andy Dufresne’s letter in the Shawshank Redemption… if you’ve stuck with me this far, maybe you’re willing to go a little bit farther.

The highest high has been followed by two of the lowest lows. Let’s not get greedy, I’d love a 4-2 or 5-1 night, and I know you would, too. Thanks for reading and I’ll be back next week with more picks!