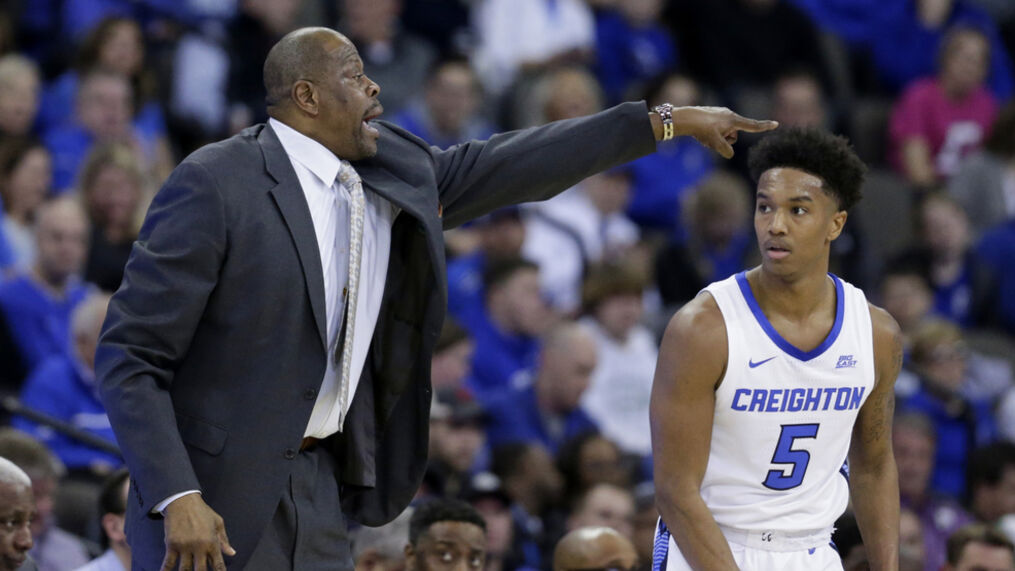 Options … so many options.

We are in full swing for the NBA and College Conference Tournaments, and I take a look at the board seeing so many options.

We didn’t get to this point last year, as the COVID-19 changed our lives drastically this time one years ago. It’s nearly been two whole years since we’ve gotten to see this much NBA and NCAA hoops action all aligning, and I know I’m not the only one who missed it dearly. With that, let’s stop getting all thankful and sentimental. It’s time to go get some winners with the Saturday Six-Pack:

Starting off in the college realm, we have a top five matchup in the Big 10 when Iowa and Illinois face off at 3:30 p.m. Both teams have had a very solid last 10 games in the regular season, and I’m expecting this matchup to be one of, if not the best in the Big 10 Tournament.

With that, I really don’t have a side that is jumping out for me on the spread. If you forced me, I would say slight lean towards the Illini, but again, with all these options we are not forcing picks today.

By now, you probably know where we are going. The total in this matchup is intriguing to me, and I think it is going Under. The number is currently sitting at 154, and I don’t see both of these teams getting to 77 points (or averaging that between them).

Iowa has gone Under in 8 of their last 10. On the other side, in their recent matchups against Michigan and Ohio State (both top 10 teams as well), Illinois hit the under.

I expect to watch a great game here, but with both teams likely staying in the 60s of low 70s, take Under 154.

A bit of an apology coming towards Cade Cunningham and the Cowboy program, because earlier in the season I wasn’t really buying the hype. I obviously saw a talented player, but I felt they were getting more love than they deserved as a team because they had the projected No. 1 pick in the draft leading the charge. I’m not afraid to say it, I was wrong.

The Cowboys have gotten hot at the perfect time. They have won seven of their last eight outright, and are undefeated in that stretch ATS. Yesterday, they beat a projected No. 1 seed tourney team in Baylor, and I’m not expecting this team to slow down.

Just to cover our bases, Texas has been very good ATS recently as well winning five of their last six, but most of their wins are against a lower level of competition (TCU and Iowa State are part of that stretch).

The Cowboys are currently getting 2.5 points, and I honestly like them to win this game outright.

That being said, official pick is Oklahoma State +2.5.

Houston is going to be a very tough team to get behind (in my opinion obviously) come NCAA Tournament time. They are very good against completely inferior competition, and have many wins this year by 20 points or more. Looking at you Our Lady of Lakes College (they lost 112-46 to the Cougars).

But looking at their schedule, they really only have one top notch win from what I can tell, and that was their third game of the season against Texas Tech. To be fair, the pandemic has made this difficult, because they likely would have had a few more quality non-conference opponents, but nevertheless, here we are.

I don’t trust this Houston team against even above average competition, and I see Memphis as their top contender in the AAC.

I see this as a potential revenge spot for the Tigers so I love getting 7.5 points as it stands currently, and you now know my feelings on Houston as a team this year.

Its to big a number for the Cougars to Cover, take Memphis +7.5 points.

Both of these programs have had distractions off the court in the past week or so, with Creighton’s Coach McDermott being suspended a game for inappropriate remarks and Patrick Ewing being stopped by security at Madison Square Garden. Yet it seems both teams have gotten through those outside distractions and have made it to the Big East title game.

Georgetown knocked off the top seed in the tournament Villanova, and then followed it up yesterday with a win over Seton Hall for their third win in the tournament. In all three of their wins, they have been underdogs but found a way to come out on top.

I need to be clear, I don’t think this Hoya team is a great team overall, which can be highlighted by their 12-12 record. What I also recognize is that some teams just find that magic come March, and while I don’t think I would pick them to win this game outright, the 9 point spread seems aggressively high to me.

Creighton is the more talented team, but the Hoyas already had success against them once this year with a win in Omaha.

Let’s see if the Hoyas can punch a surprise ticket to the dance next week, take G’Town +9.

If you’ve read these posts before, you know I think the Hornets get undervalued at the books because they are a team that on paper and on TV I feel safe describing as “blah”. But “blah” doesn’t mean bad, it means not entertaining or exciting. They are a quality team that has a better record than Toronto coming into this matchup (Raptors 17-20, Hornets 18-18), and the Raptors are missing some key players in Siakam and VanVleet to injury/Covid protocols.

Charlotte also just got Devonte Graham to return in their last game, and while he’s not a big household name around the league, he does give this Hornets team an extra dynamic they need and double digit points per game.

It’s a boring matchup, I know its tough to get excited about saying “Yeah I love the Hornets tonight”, but that doesn’t mean its not true. The spread currently has Charlotte favored by 2.5 at home, and I think this team can beat a depleted Raptors squad by double digits.

I know, its boring, but winning is not boring… lay the 2.5 points with the Hornets.

You could call this my something smells funny game of the night. The spread opened at Denver -2.5 (which seemed low to me to start) and has since come down to -1.5.

My initial reaction was that it had to do with the Nuggets playing last night and this is a back to back spot for them, but upon further review, they are 3-2 ATS this season in those scenarios. So that’s not it…

My next thought was that maybe Dallas has had overwhelming success in their matchups this season against the Nuggets. Yet again, upon further review, these teams have split ATS in their two matchups this year. So that’s not it either…

I then checked into a few other theories as well, and yet nothing jumped out at me. So why are the Mavericks only 1.5 point dogs to a Nuggets team that this better when the game is in Denver?

Sometimes, even as an betting analyst, you just need to admit that there is some angle you are missing, and that’s ok. But what I can do, is take a gut feel on what this line is telling me… and it is screaming Dallas.

I obviously just told you, I can’t really figure out why I like this pick outside of a little line reading, but sometimes that can be enough to make you confident.

Take the Mavericks +1.5 and let’s see if I can read lines better than I can write blog posts.

Well, there you have it! Our first Six-Pack in a few weeks is completed, and I’ve got to be honest; I really love this board today. Good luck to everyone and will be back with more this week leading into March Madness!