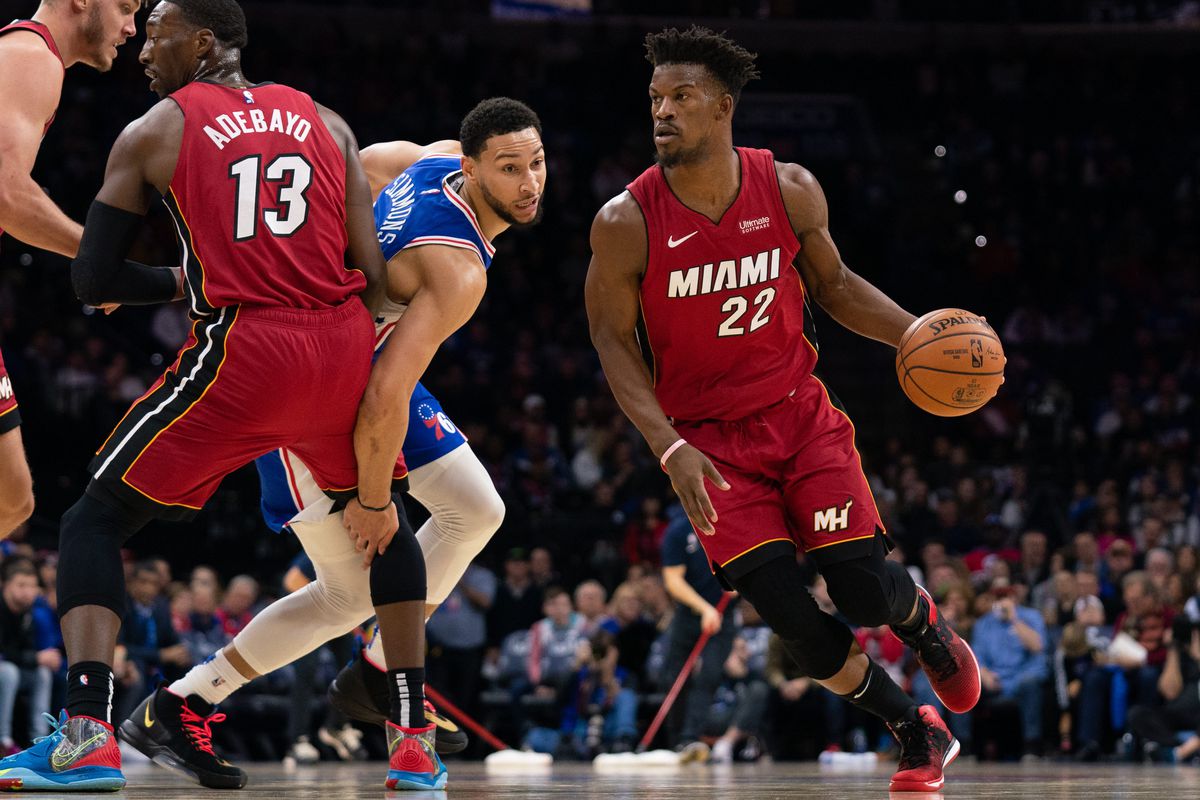 On Thursday, May 13, the 76ers and Miami Heat will go head-to-head at 7:30 p.m. at the American Airlines Arena in Miami, Florida.

The event will be covered by local TV stations BSSUN and NBCSP, including radio coverage on WAXY/WRTO and WPEN.

Can the Basic Stats Shed Light on a Potential Winner?

At the time of writing, the Philadelphia 76ers are number one in the Eastern Conference of the NBA standings of 2020 and 2021. Their stats clearly indicate this, with 38 total wins, a winning percentage of .691 and a home record of 21-5, along with an impressive away record of 17-12.

Their division record is currently 10-2, along with a 25-7 conference record, scoring 113.9 points per game, a point differential of +5.4% and a three-game winning streak. Saying this, the Miami Heat aren’t massively behind, currently in 7th place.

Both teams are competing intensely to be at the top of the league table. What makes this worse is that the upcoming match is actually one of the Eastern Conference’s final games this year.

So, who is likely to win the game?

This can be found out by looking into a couple of different things.

Simply looking at the number of matches each side has already won will tell us very little. Specifically, as there is only a two-match difference between both teams scores.

A similar thing can be seen when looking at the number of historical matches won as well. In fact, even going back through winnings from as far back as March 2018 reveals there’s a 50/50 split between both teams winning.

The same thing goes for the winning number of points for either side. Both teams appear to have won several times, both by a long shot. On other occasions, by the skin of their teeth.

Fortunately, by looking at broader team stats, this does shed a bit more light on a potentially winning team.

What’s immediately noticeable is that in terms of the total number of rebounds, assists, points off turnovers and points in paint, the Heat seems to be doing better. However, the 76ers are more robust in other areas.

Specifically, the total number of field goals, three-point percentages, free throws, steals, blocks and fast breakpoints achieved. However, it just so happens that this team has also made the most fouls.

The box score for each team is equally insightful. Evidently, the Heat have some heavy scorers like G. Vincent and D. Robinson in the starting lineup. This is something the 76ers seem to lack, aside, of course, from the outstanding performance from T.Harris.

What appears to have boosted the 76ers points up is that they have S. Milton on the bench, who has helped accumulate an impressive number of points so far.

What can also be said is that the 76ers have an unfair advantage over their opponent. This is because four of the Heat’s bench line-up did not actually play.

For most players, this was due to health and safety protocols. However, in one instance, M. Leonard couldn’t play due to a left shoulder injury.

When looking at the stats for both teams and their players, it appears that the 76ers are performing the best, but only by a little. However, for the Miami Heat, they are doing better, as far as total assists and assist to turnover are concerned.

Both sides clearly have a handful of great players. For the Heat, this is Jimmy Butler and Bam Adebayo, whereas, for the 76ers, this is Joel Embiid.

Aside from this, it’s evident that each side has players who excel in one particular area. This is particularly notable for the Heat, with Victor Oladipo achieving most turnovers per game, Max Strus earning the highest assist to turnover ratio, and Dewayne Dedmon acquiring most blocks per game.

So, how About the Worst Performing Players?

For the Heats, there are about eight different players who struggle over all areas. The 76ers seem to struggle in particular with steals, blocks, turnovers, and fouls per game.

What’s also noticeable for that team is the poor performance of Terrance Ferguson over all categories, plus the fact that Ignas Brazdeikis has only played one game so far. Let’s be patient and see what he brings to the team.

With everything in mind, who is likely to win the NBA championship this season? According to various sportsbooks, the Philadelphia 76ers and the Miami Heat do have very favorable odds on winning the Eastern conference overall. Although they are likely not to be the number one winner overall.

Which Team Should I Bet on this Year?

Overall, the Philadelphia 76ers have a little bit of a better chance of winning the NBA Eastern Conference this year than their rivals, the Miami Heat.

For those wondering which team to wager on, it could be a difficult choice, as they’re both reasonably balanced.

One important thing to remember, though, is that the Heats have struggled over many different areas, which may very well be a barrier to them winning this year.