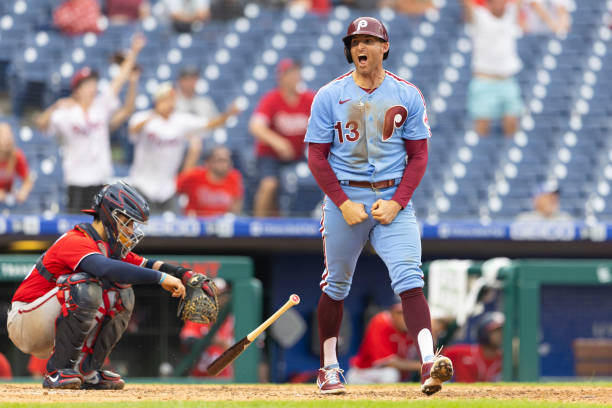 The Phillies need new blood in that clubhouse in the worst way. With the trade deadline looming, let’s hope Dave Dombrowski has something up his sleeve.

However, there is always room for walk-offs, and exciting ones at that. The Phillies are 51-51 after splitting a doubleheader against the COVID-stricken Nationals, but how they got their 51st win of the season just may push the general manager to buy… something, at least. The Phillies thought they had Tyler Anderson a few days ago, but he wound up getting traded to the Seattle Mariners after the Phillies’ medical records were not of the Pirates’ likening. According to NBC Sports Philadelphia’s Jim Salisbury, some think the Pirates may have some sort of axe to grind with the Phils’ decision-maker.

So fast forward to today, where Dombrowski still hasn’t made a move to improve the roster as the Phillies continue to remain within fighting distance of the NL East-leading New York Mets. After losing the first game of a doubleheader, the Phillies were down 7-0 in the second game, but chipped and chipped away as J.T. Realmuto tied the game in the bottom of the seventh inning with an RBI single.

The Nationals took the lead in the top of the eighth, but all that really did was set the stage for the Phillies to make yet another great comeback.