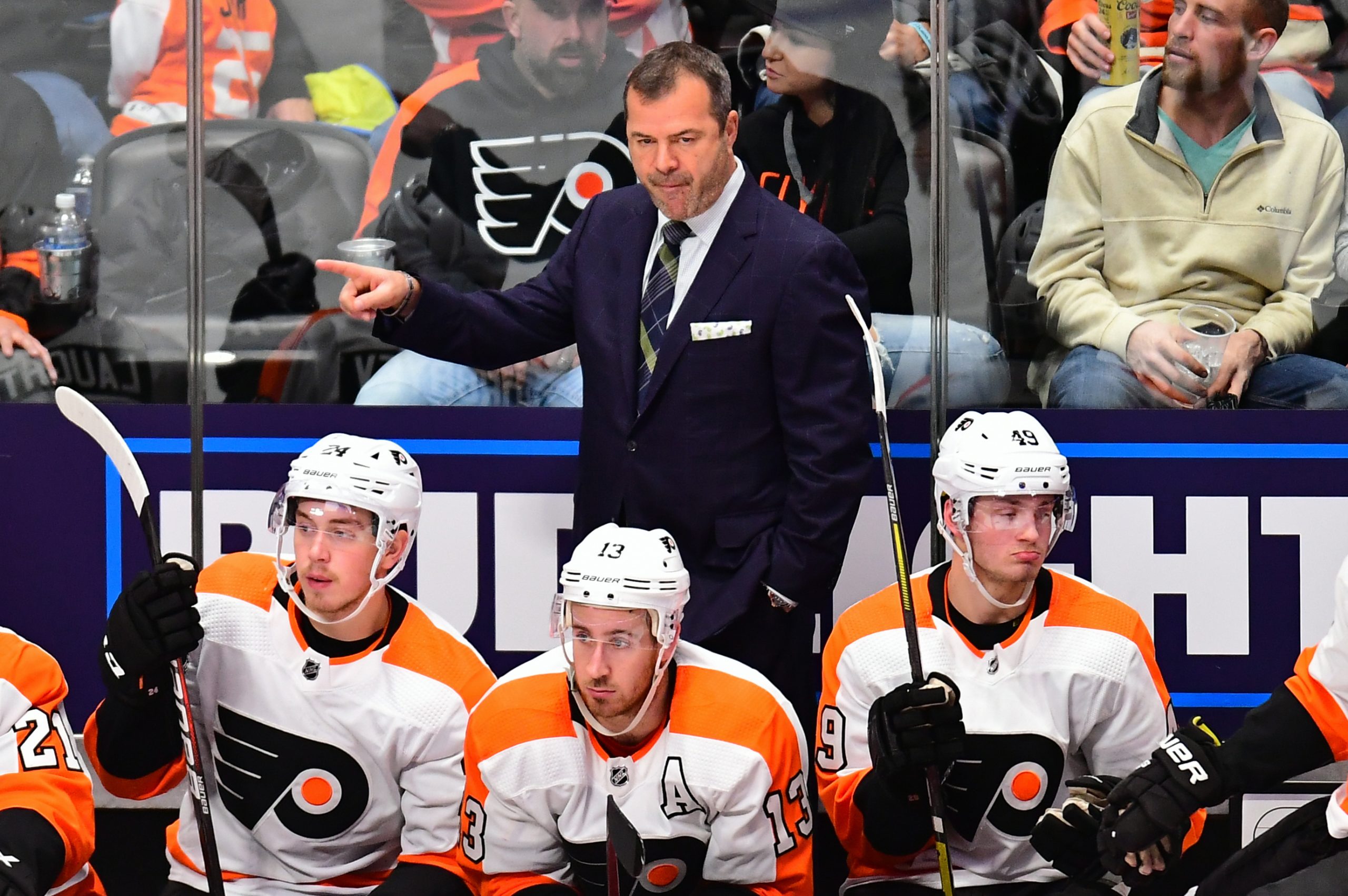 The Philadelphia Flyers took a major step back in 2020-21 and president and general manager Chuck Fletcher knew it. Now after a summer of revamping the roster, bringing in proven NHL veterans, and cutting part of the team’s salary through a pair of trades, the team should be back among the favorites to return to the postseason.

Alain Vigneault watched as his team missed out on the playoffs, allowed a league-high 201 goals, and struggle for much consistency down the stretch. Acquisitions of Ryan Ellis, Keith Yandle, and Rasmus Ristolainen on the back end was a definite need for the Orange and Black, and now with the blue-line worries sured up this summer, the team is confident to rebound in a big fashion.

“Both those guys played a lot of hockey, lot of games,” Vigneault said about Yandle and Ellis. “They have a lot of experience. They played in big games and I know Yands personally. I know I’ve said this a few times: everything about him and the relationship with his teammates, everybody just loves him. Ryan Ellis, from what I can tell from him right now, he’s a pro. He does it the right way, and he’s not afraid to use his experience to come in and help whether it would be a young player or an older player. His adaptation to our group is coming along and I know it’s going to get better.

“I have just met him a few times and had a couple of meetings with him,” Vigneault said about Ristolainen. “A quiet Finn, but he should be able to express himself loudly on the ice. There is no doubt that he brings a physical dimension. With him, like all of our new players, we’ve got to show some patience there, come together as a group, understand the system and style of play that we want to get to. The players have to build a relationship since they are so important for teams to win. I think with this group, we will be able to do that. It going to take some games, but hopefully we will get there sooner than later.”

Yandle and Ellis have combined for 1,194 career NHL games between the two of them, seeing a lot of what modern-day forwards bring to the table. Ellis has totaled 562 games to date during his career, spending his first 10 seasons with the Nashville Predators and becoming a leader in the locker room and on the ice. His physicality and awareness should help the Flyers, who struggled for both following Matt Niskanen’s retirement last summer.

Yandle, the modern-day iron man among NHL players, has played for four teams prior to signing a one-year contact as a free agent this summer. The 35-year-old has logged over 21,000 minutes of ice time in his career and overall will be a big boost in calming a lot of the younger defensive prospects down including Ivan Provorov, Travis Sanheim, and a possible future inclusion of Cam York.

Both players might not be ones to light the lamp, but they will be huge in leading the charge of bunkering down in front of Carter Hart and Martin Jones.

“I think the guys coming in are going to do a good job,” Hart said about the defensive group as a whole. “They’re veteran guys. Solid defenders. Looking forward to playing alongside them. Defensemen have got to be the goalie’s best friend. They’re great guys. Been around them for a couple of weeks now. Really excited for this season with them.

“He has a lot of those same qualities as Niskanen as far as that steadying presence.” veteran forward Jame van Riemsdyk said about Ellis. “No moment seems to be too big for him. He comes in, goes about his business and is super effective with how he approaches and plays the game. He is a super-efficient player. I think he is going to be a big part of what we are doing and are happy to have him.

Ristolainen, 26, was one of the well-known players for the Buffalo Sabres despite the team’s struggles to even come close to a playoff spot in his first eight seasons there. The Finnish international defenseman is 6-feet-4, 220 lbs. a big body that the Flyers will certainly use to their advantage in being a scrappy team inside their own blue line.

He has averaged over 23 minutes per game during his NHL career and has done pretty well to stay fit and healthy over the past eight seasons. Ristolainen isn’t going to be the go-to guy on the Flyers blue line like he was in Buffalo, but he will be a pest for most of the opposing forwards who strap up against the Orange and Black this season.

“The biggest thing is going to be getting the pucks through,” Van Riemsdyk said about the defensive acquisitions. “Those guys that we brought in can do that on a high level, particularly Yandle if you look at the success he has had on the power play. He played on the power play in Florida that has been really good for the last 3-4 years. Doesn’t matter how hard it is, as long as it gets through to the net it keeps the penalty kill and defense on their heels.”

The Flyers looked for leadership last season, but now have several options to bolster the load this season. It’s a big boost for the team and the fanbase ahead of what should be a regular season that is close to 100% normalcy. If the group can stay healthy and stay together, I see zero reason why this team can’t contend for a division title after not losing many pieces from the 2019-20 roster.