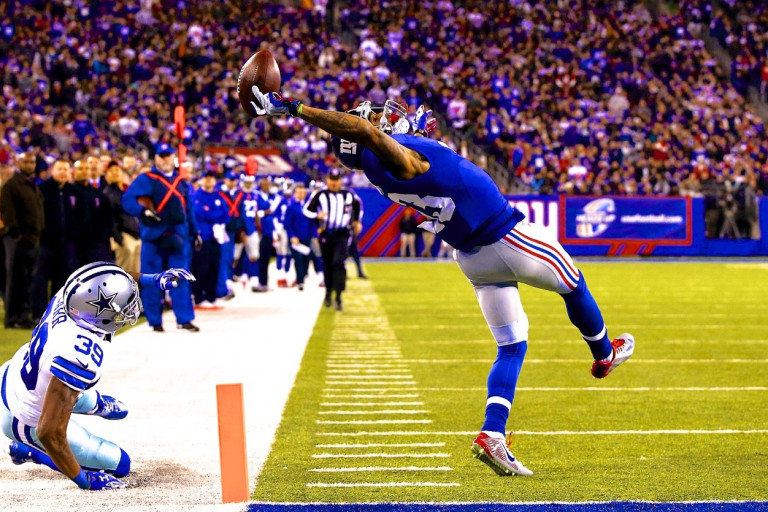 Going down in NFL history.

If you are a fan of the NFL, you probably have a select few favorite moments over time, things you look back on and know exactly what you were doing the moment it happened. There have been so many amazing moments, and in the last decade so many records have been broken.

Any NFL fan will have their favorite moments, things they think back on when they are placing their NFL wagers, but we have a selection of moments that we think really have beat the rest in the last ten years. The top ten shimmering moments that really stand out from the crowd in the history of NFL plays.

There have been countless moments over the course of the NFL that have been incredible, it is nostalgic to look back at how many moments there have been that have made us grip onto our seats, then leap up, beer in hand and cheer so hard our lungs are wondering what is going on. However, we would be here for years if we told you all the moments in NFL history that have been outstanding, so instead we will give you our favorite moments from 2011 to 2021.

Starting off, we have to mention this. On November 6, 2011, the Arizona Cardinals cornerback Patrick Peterson broke away from the St. Louis Rams’ Chris Chamberlain, on a game-winning touchdown. A 99-yard punt return, during overtime in an NFL game in Arizona. The Cardinals defeated the Rams 19-13. Peterson noted ‘This team needs a play’, so he said ‘I decided to catch the ball, and just run for my life’. We like his attitude, and it was quite the play indeed!

In 2012 Robert Griffin III entered the league as a rookie, but gave off the vibe he was destined for great things. The Redskins traded away an array of picks in order to move up to the second overall selection in the 2012 draft. The team used that to secure Griffin.

They were awarded one of the most memorable rookie campaigns in the history of the league. And during the 2012 season Griffin showed it was all worth it, passing for 3200 yards, rushing for 815, and scoring 27 combined touchdowns. He committed just seven turnovers as a rookie and helped lead the Reskins to a 10-5 record and an NFC East division title.

Talk about taking your chance, he got in, took his chance and ran with it, literally.

This has to be one of the most awesome moments in NFL history. In just over two years, the Giants’ receiver Odell Beckham Jr. established himself as one of the top wide receivers.

The most iconic moment in Beckham’s rookie season was in the 12th week against the Dallas Cowboys. During this game, the Giants quarterback Eli Manning heaved a pass from near midfield and toward the front of the end zone. To fight off both the cornerback Brandon Carr and the sideline, Beckham actually managed to make the most insane one-handed catch to come down with the ball in the end zone!

This catch was eventually named the best play at the 2015 ESPY Awards, and we can see why. That was crazy!

The New England Patriots faced off against the Seattle Seahawks in one of the most memorable games. It features precision passing, hard hitting defense, notable lead changes, and a truly wild finish. Brady led the Patriots back from a 10-point fourth-quarter deficit, engineering two touchdown drives in the game’s last period. New England managed to turn that 10-point deficit into a 4-point lead!

Seattle got an opportunity to respond as quarterback Russell Wilson drove the Seahawks to New England’s 5-yard line with just a minute remaining.

Marshawn Lynch ran the ball to the 1-yard line, and New England eschewed a time-out, making Seattle run their next play with only 26 seconds left. They threw the ball, and Wilson’s pass intended for Ricardo Lockette was intercepted by the then-rookie Malcolm Butler at the goal line. Butler’s pick secured the victory for the Patriots, who were able to run out the clock once they took possession of the ball.

It is dubbed as the worst play call in NFL history, however, it is still something we will never forget.