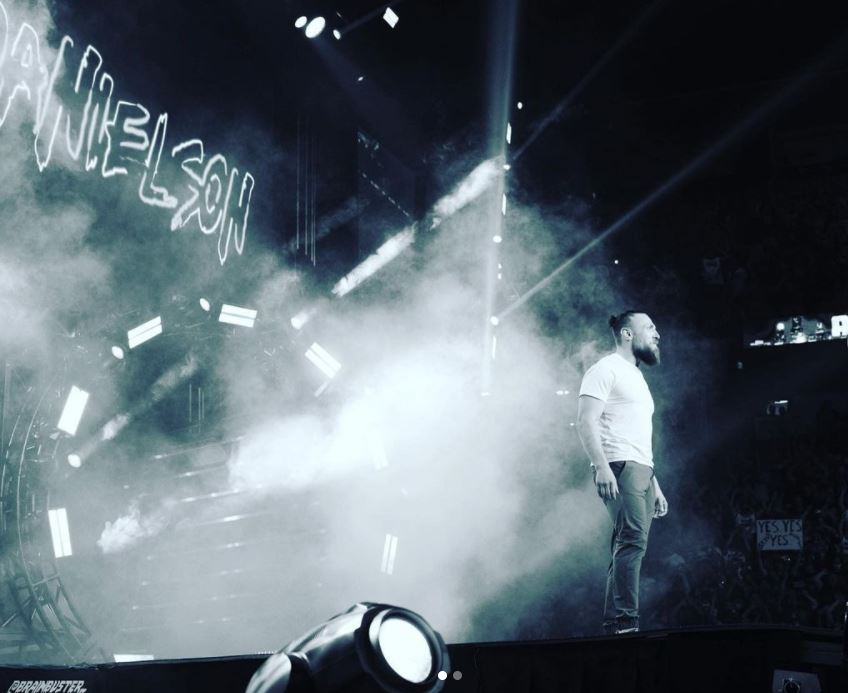 We’re back with an all new Morning Brew. Ben Simmons wants out of Philly. AEW All Out delivered with a couple of huge surprises and great wrestling. Drake is a Certified Lover Boy. Remnants of Hurricane Ida tore through the Northeast with severe storms, Tornados and flooding. So let’s not keep you waiting any longer, it’s Brew time.

Ben Simmons tells #Sixers brass he no longer wants to be a Sixer and does not intend to report to training camp, according to multiple sources. https://t.co/17X1XfkzZO via @phillyinquirer

Source: There’s a high chance that Tyrese Maxey will be a part of any Ben Simmons trade.

Rich Paul would like both of his clients out of Philadelphia.

Make up your mind, Jason

Update: Tyrese Maxey is excited about this upcoming year with the Sixers as is Rich Paul and the 76ers. Paul does not want Tyrese out of Philly. However, the Ben Simmons situation is totally separate.

This needs to come to an end soon

Ben Simmons could be fined up to $1.3 million for skipping Sixers’ training camp, per Brian Windhorst

“The Simmons side has told me ‘we are prepared for that ramification.’” pic.twitter.com/frgqF60FRs

We have the Ben Simmons discussion you’ve been looking for today, at @TheAthletic

A roundtable looking at the situation from all angles, with @davidaldridgedc, @DerekBodnerNBA, @JonKrawczynski, @anthonyVslater and mehttps://t.co/CooXUquJHz

“We just got in footage of Ben Simmons hastily fleeing Philadelphia.” pic.twitter.com/vGduW4DEeo

Because you know you love it

The captains for the Eagles are…

They were right in Philly: Carson Wentz is selfish, and a bad teammate, but he’s not alone in the Colts’ locker room:https://t.co/CGSgjlDx0A

Bryan Danielson is All Elite

Young Bucks and Lucha Bros put on a Wrestling clinic

Footage shows devastating damage in Mullica Hill, New Jersey, after a tornado moved through the area. Remnants of Hurricane Ida are wreaking havoc across the Northeast. https://t.co/5nwItZ23l1 pic.twitter.com/GjbYJlsCxU

These new construction town homes built on an island are inches away from being flooded in Manayunk @NBCPhiladelphia the tiny canal a raging river now. Roads closed can’t get farther pic.twitter.com/wMzOlNJGBR

This is just insane

Major flooding on the Schuylkill River here in Philadelphia. The Manayunk canal is flooded over with dozens of cars underwater. Some RVs near the paper mill totally washed out. #ida pic.twitter.com/HuGeYjZCw0

The Schuykill River reached the other side of 2400 Market @KYWNewsradio pic.twitter.com/TfsuPZfzBR

I cannot believe this is the Vine Street Expressway in Philadelphia. Flooding pic by the formidable @PhillyRover of @PhillyInquirer pic.twitter.com/sr5ooF0QYq

Republicans only believe in “My Body, My Choice” for masks and vaccines

The Supreme Court declined to block Texas’s new abortion ban – a strong but not final indication that the court will soon overturn Roe v. Wade.

For now, this strips most women of the right to an abortion in America’s second-largest state. https://t.co/R4GVKT6OFQ pic.twitter.com/8BBHQVBpNh

In Texas it’s My Body My Choice regarding Vaccinations but that doesn’t apply for Women having abortions.

Rape so what!
Incest so what!

Texas is on some Taliban sh*t now.

The committee’s efforts won’t be deterred by those who want to whitewash or cover up the events of January 6th, or obstruct our investigation. 2/2 https://t.co/lvPcUMrqYZ

In 2015 @GOPLeader Kevin McCarthy was set to follow John Boehner as Speaker of the House.

But just *4 hours* after announcing his run for the speakership he abruptly pulled out and said “I just think it best we have a new face.”

For those that didn’t know

We shouldn’t be surprised

LA Times reports McCarthy’s brother-in-law used claims of native heritage based on membership in a group tribal leaders consider a fraud to receive $7.6 million in no-bid & other prime federal contracts since 2000. https://t.co/cS9ToXAOM6

It turns out the post I shared w/ a video of Taliban “hanging a man” from a helicopter may be inaccurate. So I deleted the tweet.

What remains accurate is:

– The Taliban are brutal terrorists.

– We left them millions in US military equipment, including Black Hawk helicopters. https://t.co/zOvNM5UXUW

Joe Biden promised to get all Americans out of Afghanistan.

He lied to the American people and left hundreds of Americans behind who will undoubtedly become Taliban hostages.

This is a catastrophe of Biden’s making.

Lets check in on Ron DeSantis

.@GovRonDeSantis is orchestrating a cover-up — in an effort to hide how badly he has failed Florida. https://t.co/nTYWh4BobQ

“Death”Santis fled to Jersey to fill his pockets

BREAKING: Ron DeSantis seen fundraising for himself with Trump supporting moguls in New Jersey, while his constituents deal with rampant COVID-19 spread, overflowing hospitals, and storm surges from Ida.

Ron DeSantis is the new Ted Cruz, and New Jersey is the new Cancun. pic.twitter.com/gFBFrrt462

Don the Con is always only looking out for himself

Jim Jordan says trump will announce he’s running for 2024 “any day now.” That’s going to fracture the GOP even more and vacuum up a ton of money Repubs desperately need for 2022. Good. https://t.co/2EATssE8HN

Gov. Tom Wolf has announced a mask mandate in Pennsylvania schools and day cares, marking a reverse in course amid a statewide COVID-19 resurgence that is filling hospital beds. https://t.co/aL6EJgOw2j

Famed anti-masker, Kid Rock, cancels shows after half his band gets #COVID19 https://t.co/iN4qm4AxoU

Joe got the Rona

Joe Rogan, the podcasting giant who has been dismissive of Covid vaccines, tested positive for the coronavirus after returning from a series of shows in Florida. https://t.co/iPVgHb0PeA

Joe Rogan: I’m not putting that COVID vaccine in my body! Who knows what it could do?

Just a reminder to some of the morons out there

Just a friendly reminder… this can really hurt you. Here’s why you shouldn’t use Ivermectin to treat or prevent #COVID19. https://t.co/TWb75ygfPC

There are way too many crazies out there

Michael K. Williams, who memorably portrayed Omar Little in “The Wire” and Chalky White in “Boardwalk Empire,” has died at age 54. https://t.co/7oumB40qEB pic.twitter.com/eTbwD3EfZv

This is so outrageous

One of the CRAZIEST stories you’ll ever see.

Bishop Sycamore, an alleged fake high school, reportedly lied to ESPN to get on national television.

WWE is saddened to learn that Shannon “Daffney” Spruill passed away at the age of 46.

Help is out there

I’m so very sorry to learn of Daffney’s passing. A terrible loss for her family, friends and wrestling. She was far ahead if her time in our business. #RIPDaffney

Certified Lover Boy by Drake has been released

Drake dropped his heavily anticipated album, “Certified Lover Boy,” and shots have been fired at Kanye amid ongoing feud. https://t.co/ZTDZW0HeLA

Kanye after listening to Drake’s “7am on Bridle Path” 😂 #CertifiedLoverBoy pic.twitter.com/o3H1ERVsnd

PENN STATE WINS 💪 @PennStateFball goes into Madison and picks up a win against No. 12 Wisconsin pic.twitter.com/P1NqbnjxWH

Yep.. College Football is back

One of the most ELECTRIC traditions in NCAAF ⚡️

Viewership for Notre Dame and Florida State was bananas

The dude can sing

Justin Bieber cantando “Lonely” no Made In America festival pic.twitter.com/aHWSW6fAdj

Lots of craziness taking place in the world right now. Be sure to give a follow to our IG page @thepibrew for some videos of the wild world we live in. pic.twitter.com/9licOVi5OX