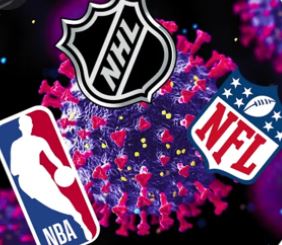 We’re back at it with a new Brew. Covid is causing havoc in sports these days and the Eagles are now involved in a rescheduled game against the Washington Football team because of it. Tiger Woods is back. Jake Paul won another fight on Saturday night. We have a lot to get to, so let’s get right to it. It’s Brew time!

The NFL is moving three Week 15 games to Monday and Tuesday as rosters deal with players in COVID protocols.

Statement from the Eagles

Unsurprisingly, Eagles players and fans have some 𝙑𝙀𝙍𝙔 strong opinions about the postponement of Sunday’s game 👀😡 https://t.co/VpI6TT27G0

Mood in Philly with the news

A memo from the NFL

A memo from the NFL explaining the last 24 hours and the COVID-related changed that were made pic.twitter.com/EbJTvFZXSb

Saints Head Coach Sean Payton tested positive for Covid-19 and was immediately isolated. He has been fully vaccinated.

Gio is moving to Indy

I love you so much Philly and I will always be a Philly kid, you guys and our teams will always have me. I won’t be far and I will come home to visit but I’m excited for my dad and his new job and moving to Indy with my friends too. Pods aren’t going anywhere either💚 pic.twitter.com/KZ7V6t18qU

Here are our predictions for this week

No fans in Montreal

BREAKING: There will be no fans in attendance at the Bell Centre for tonight’s Montreal Canadiens game against the Philadelphia Flyers, as the province of Quebec looks to navigate a rise in COVID-19 cases seen across the country.https://t.co/fnSRA0KMPz

Close, but no cigar

We extended our point-streak to four games, but came up just short in Montreal, falling to the Canadiens 3-2 in a shootout. #PHIvsMTL https://t.co/WW8C2uzcmK

The Flyers rebounded against Ottawa

Oskar Lindblom put together his best game of the season and the #Flyers win 4-3 in overtime over Ottawa.

The NHL is postponing games with cross-border travel until after the Christmas break. pic.twitter.com/MzxAI0xCg0

A warning from Gritty

“I will look for you”: Gritty issued a warning to the thief who stole a wreath off the door of a South Philadelphia home. https://t.co/ONTSwsBlD7

Kyrie Irving to rejoin Nets part-time: What to know as All-Star returns for games outside New York and Torontohttps://t.co/oCq2XcMqD5

This is out of control

Saturday’s game between UCLA Men’s Basketball and UNC Basketball has been canceled because of COVID-19 issues within the Bruins’ program.

We recently learned that one of our biggest fans, Toby Mizrachi, is undergoing cancer treatment during what should be every kid’s favorite time of year.

We had a blast teaming up with Toby’s Marlton baseball teammates and community to make sure he got that joy. #GoToBat4Toby ❤️ pic.twitter.com/hnAdMy25F3

They got caught and now they’re crying

A judge in Delaware is allowing a defamation lawsuit against Fox News over 2020 election coverage to move forward https://t.co/ZMpCY0yTcN

Colbert was on fire

The host wasted no time blasting the GOP’s reaction to evidence unearthed in the Jan. 6 investigation. https://t.co/pvk1Cyv5Zq

Wire tapps and leaks of private texts are destroying America! Unless they come from Hillary or Hunter Biden. Amirite? Guys? #FoxRuse pic.twitter.com/ZbZpz7C1fB

When will he shut up?

What does Trump have on these guys?

Rick Perry is an enemy of democracy

I see she hasn’t gotten any smarter over time

Sarah Palin says ‘over my dead body’ will she have a covid vaccine shot https://t.co/jHibCcBe77

The Boss sold his music rights

Breaking News: Bruce Springsteen sold his music rights to Sony in a deal that may exceed $500 million in value, people briefed on the matter said. https://t.co/93GV2zDeO0

TSU has seen an influx of interest due to Meg Thee Stallion’s enrollment there. https://t.co/LpDJeyDS2o

The new collaboration between #Aaliyah and #TheWeeknd is finally herehttps://t.co/YxQSz3iPjz

Leonard “Hub” Hubbard, the former bassist for the Roots who appeared on the group’s first seven albums, has died at the age of 62 https://t.co/PP5bpucg9M

How Bezos beat the tabloids

A sexting scandal. A $200,000 payout. A brutal fight for the last word. This is the untold story of how Jeff Bezos beat the tabloids https://t.co/jKj2KvVw3U via @BW

Beginning January 3, you will be required to be fully vaccinated in order to enter the following establishments in Philadelphia:
🎲Casinos
🍗Restaurants
🎥Movie theaters
🎳Bowling alleys
🏀Indoor sports venues

Like every tax season, @PhilaRevenue expects thousands of returns for tax year 2021.

To avoid processing delays, make sure to do these three things: 👉https://t.co/EWtWmDUE6e

That poor worker did nothing to deserve this

that dq worker ready to end it all pic.twitter.com/TP0ik3TWVm

Someone call 911 because I’d like to report a murder

How’s that for a late cash??

Tiger Woods and his son Charlie’s mannerisms are identical.

Tiger can’t help but smile when watching it.

You gotta love it

Just practicing, but still a competition.

A message from the King of the Ring

Life moves fast. We never know how much time we have with the people that we love. Make your time count. I miss him. I really miss him a lot. pic.twitter.com/XQN4FMqxVR

This feud is great!

WHAT AN ENDING! #SmackDown pic.twitter.com/WdVIclHhnS