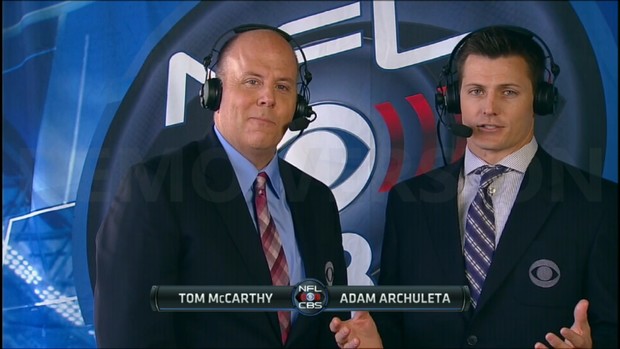 How often does this happen?

Phillies television broadcaster, Tom McCarthy, also dabbles in broadcasting for the National Football League during football season. This past weekend, he replaced Jim Nantz on a CBS telecast, and now, he’ll be broadcasting on Westwood One national radio for the Eagles-Buccaneers Wild Card Game on Sunday at 1 p.m. ET.

Announcers for this weekend! (2 of 3)

McCarthy will be joined by another Philly legend in Ron Jaworski.