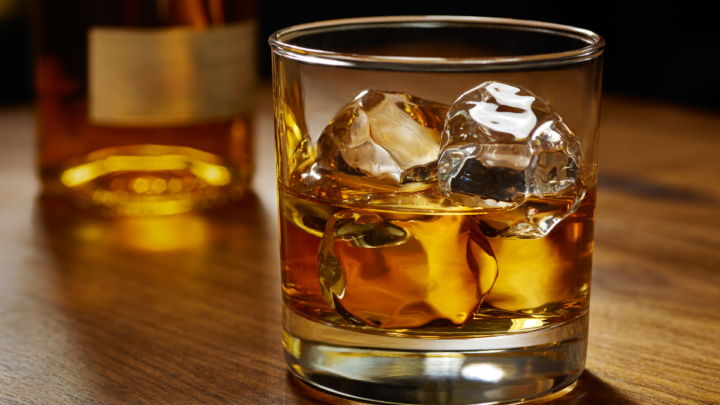 We’re back with a new Brew. Center City Sips is coming back perhaps signaling a somewhat return to normalcy. We’re getting closer to the debut of James Harden in a 76ers uniform. The Flyers continue to show why they’re one of the worst teams in hockey this season. We have a lot to get to, so let’s do this. It’s Brew time!

“I did a lot of chasing around trying to get him back and try to make him feel comfortable again. It was tough. I didn’t care anymore.”

1️⃣ James Harden has the #1 selling NBA jersey since the Sixers traded for @JHarden13 from the Nets!

Harden’s #Sixers #1 jersey is the No. 1 selling jersey via @Fanatics + 76ers are the best-selling NBA team during that same time span #jamesharden pic.twitter.com/KJSUMUSPYk

Will Simmons play when the Nets come to Philly?

“We all know he does not like to play in Philly. So if he does play in that game, I’d be highly surprised”

Everyone should be treated equally

“No matter where you come from or what walk of life you live, I think it’s important that everybody is treated equally. We are more the same than what people actually think or see.”@GeorgesNiang20 speaks on the importance of equality in honor of #BlackHistoryMonth pic.twitter.com/Xl6RpaXNJk

Sounds like we’ll be seeing more of Kyrie Irving soon

How much is Russell Wilson worth?

“I would give up every first round pick this year and next if I was Philadelphia. I’d have absolutely zero reservations.” — @ColinCowherd pic.twitter.com/eTtOcmrllW

NEWS: Troy Aikman is on the verge of bolting Fox Sports for ESPN’s Monday Night Football, The Post has learned.https://t.co/XIwmM297db

The NFL and XFL form a partnership

Antonio Brown is an absolute joke

As the window to use the franchise tag opens, Tom Silverstein reports the Packers and WR Davante Adams have had no contract talks since the end of the season. https://t.co/l4GO1S7Lo2

What about Aaron Rodgers?

“I would be surprised if Aaron Rodgers asks to be traded.. it feels to me like it’s more retirement or running it back again with the Packers” ~@RapSheet#PMSLive pic.twitter.com/tCSuGG9l7Y

Tom Brady to star in a Comedy

Gerry Mayhew, Patrick Brown, and Oskar Lindblom lit the lamp as the Flyers fell to the Hurricanes in overtime. #CARvsPHI https://t.co/u7yUDkhc2k

When the Predators play the Lightning in the 2022 Navy Federal Credit Union NHL Stadium Series on Saturday (7:30 p.m. ET; TNT, SN360, TVAS2), it will be another minor miracle made possible by the ice crew, @cotsonika writes.https://t.co/P1gpuSQoMP

We’re not getting anywhere here

Freddie Freeman era in Atlanta coming to an end?

Braves Report: Belief around the league is that Freddie Freeman will not re-sign with Atlanta https://t.co/kQTfOQ8WTs

BIG NEWS: Center City District SIPS will return for the first time in 2 years this summer. Returning office workers, residents & visitors will have the opportunity to socialize during the revival of #Philadelphia’s favorite happy-hour tradition. https://t.co/H5MrEence6 #CCDSIPS pic.twitter.com/cW3sLhz6iO

Target will no longer require its employees or customers to wear masks inside its stores, subject to local rules. https://t.co/faX9PzixrC

Terrific rundown by @SykesCharlie of some of Putin’s American right-wing shills.

But surely we hear many voices of responsible Republicans and conservatives speaking up to denounce and try to minimize the influence of these Putin apologists?

Republicans have no shame

In case you aren’t following along, Florida Republicans — having pushed through a ban on rape & incest victims getting abortions — are now coming after birth control: https://t.co/ypTLZUmcfS pic.twitter.com/81rl1MsXLo

This dweeb can go to hell

TUCKER: “Will you be suing any news organizations?”

KYLE RITTENHOUSE: “We’re looking at quite a few, politicians, athletes, celebrities, Whoppi Goldberg is on the list, she called me a murderer after I was acquitted… So is Cenk [Uyhur] from the Young Turks.” pic.twitter.com/MULZf38Vkf

Clarence Thomas should NOT be on the Supreme Court

Our cover story this week: @dannyhakim and @Jo_becker report on how blurred the lines between Justice Clarence Thomas and his wife Ginni Thomas’s interests became during the effort to overturn the 2020 election. https://t.co/smIfx3YvtZ pic.twitter.com/it4S5CZFTt

This looks about right

Ginni Thomas, the spouse of a sitting Supreme Court justice played an active role in an effort to overturn the result of a presidential election, hand victory to the loser and unravel American democracy. pic.twitter.com/sIQaShqm2b

.@BritneySpears is going to tell all in her new book! 😱👀 https://t.co/ZVhbJrC1KR

“Lie yo way out of this … if you aint do shit what you was apologizing for?“ pic.twitter.com/9IdyWt64ps

50 Cent clowned Michael Jordan on Wednesday for his handsy embrace with Mary J. Blige over the weekend. https://t.co/2q4lpwZVc4

Give us the juice, Chandler Bing

Matthew Perry’s upcoming ‘juicy’ autobiography will delve into his addiction battle as well as how he really feels about his Friends co-stars.

BREAKING: Medina Spirit has been disqualified as the winner of the 147th Kentucky Derby.

Trainer Bob Baffert has also been suspended for 90 days and will have to pay a $7,500 fine.

US Soccer and the United States Women’s National Team reach a $24 million agreement to settle a longstanding lawsuit over equal pay https://t.co/7d9wh1ZBvI

.@KPMG became the first of Phil Mickelson’s sponsors to announce an end to their partnership, a decision the company said was mutual.

Earlier today, Mickelson apologized for recent comments he made about the PGA Tour and organizers of a Saudi-financed super league. pic.twitter.com/dFFgSOfiIN

Michigan men’s basketball coach Juwan Howard will be suspended through the end of the regular season, per @DanWetzel pic.twitter.com/ymxbOKbvay

The most surprising returns

In honor of the 1,500th episode of #WWERaw, look back at some of the most surprising returns in the show’s history. pic.twitter.com/ZRH3CFy6ou

Paul Heyman is a “dick”

Logan Paul is heading to Wrestlemania

The Union have new partnerships