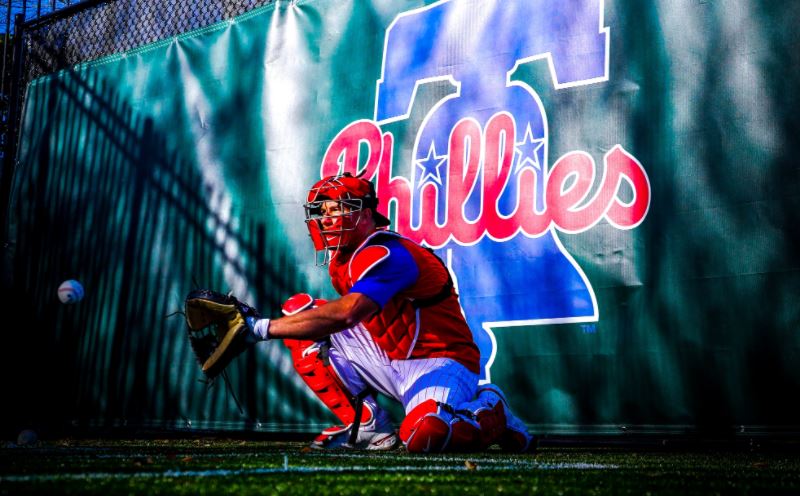 We’re back with a new Brew. We’re in the middle of a free agency frenzy in both the MLB and the NFL. The Phillies have picked up a couple of solid players, but will there be any huge signings or big trades? The bad guy Scott Hall passed away, but he didn’t go down without one last fight. March madness is here, but what do the Men’s and Women’s final four courts look like? As usual, we have a lot to get to, so let’s get to it. It’s Brew time!

The Phillies get a big bat

A look at the new closer for the Phils

Freddie Freeman to the Dodgers

Freddie is off to LA!

Kris Bryant to the Rockies

KB is staying in the NL West.

Another big bat for the Braves

The defending champs just made a big move. 👀

Huge blow for the Padres

Fernando Tatis Jr. fractured his wrist during the offseason, per @dennistlin

He will need surgery & could be out up to three months. pic.twitter.com/CaIaYHDcWa

The Mariners load up on bats

The @Mariners are making big moves.

They’ve acquired OF Jesse Winker and INF Eugenio Suárez from Cincinnati in exchange for RHP Justin Dunn, OF Jake Fraley, LHP Brandon Williamson, and a PTBN or cash. pic.twitter.com/ScIC68L7wx

The Blue Jays make a splash

Will Aaron Judge be forced to miss games?

And here’s a story on Aaron Judge:

Judge refused to directly answer a question about his vaccine status amid a requirement in NYC that every private sector employee be inoculated against the coronavirus.

And yes, outdoor games are covered by mandate:https://t.co/8lQn4cJALg

The Eagles agree to terms with pass rusher Haason Reddick. (via @MikeGarafolo) pic.twitter.com/Yx7Td0434g

Jason Kelce can do it all

The voice of an angel.#FlyEaglesFly

Von Miller to the Bills Mafia

The Cowboys hang onto Demarcus Lawrence

After initial reports suggested he was returning to the Cowboys, DE Randy Gregory is “pulling a U-turn” and agreeing to terms with the Broncos, per @MikeGarafolo and @VicLombardi. pic.twitter.com/DEOSmpTHow

Julio Jones has been released

The #Titans have released Julio Jones, per multiple reports. pic.twitter.com/bykayRdKhK

Who is the best in the Keystone state?

This is a huge conflict of interest

“Carlson repeatedly noted there was no reason for the United States to assist Ukraine in its battle with Russia and insisted it was ‘not treason, it is not un-American’ to support Putin.” https://t.co/bblYqETZTQ

Want to buy a U.S. Senator?

Our video has 4.1 million views for a reason.#JoeManchinSenatorForSalepic.twitter.com/vzRH137MOH

Jussie Smollett has been released from jail after an appeals court ruled that he should be free while he appeals his conviction for lying to police about what he claimed was a racist and homophobic attack. https://t.co/9D22OduBIb

Lyft will add 55 cent surcharge to each ride to help drivers with higher gas prices https://t.co/XozhvzVgjZ

Netflix is cracking down

Netflix Will Prompt Subscribers to Pay for Users Outside Their Households in New Password-Sharing Crackdown Test (EXCLUSIVE) https://t.co/N8YSKIunyT

Vols fan OnlyFans model Sara Blake Cheek takes shots at Kentucky, Joe Lunardi & those who had her kids kicked off sports teams because of her career choice: https://t.co/noEbZcyWTG

Sorry if I look interested…. I’m not. 🤷🏼‍♀️🖤 #WWERaw pic.twitter.com/xiqRfmOTb2

Would you want to see this fight?

Kanye is crying out for attention

After Kanye West spent the morning and targeting Pete Davidson and other Hollywood figures with back-to-back-to-back Instagram posts, the social media platform restricted his account, Rolling Stone can confirm https://t.co/RY5SggH1EY

Iron Mike is getting creative

The WWE family will forever remember Scott Hall as a gifted entertainer and 2-time WWE Hall of Famer, a loving father and a dear friend. pic.twitter.com/DC5VVnUsxd

Hall fought til the very end

Wrestling legend Scott Hall — AKA Razor Ramon — has passed away at age 63 after being taken off life support earlier today. https://t.co/J08C0ChVZp

I love you Scott!!
I’ll see you down the road…#BuddySystem pic.twitter.com/Qx2he0TetS

He was one of a kind Chico 😏pic.twitter.com/pTkjkZ0wif

Survey says: these words from Scott Hall will live on forever

Kevin Nash has a broken heart

You never realize how much you love someone until you can’t. pic.twitter.com/jKRUehYMBF