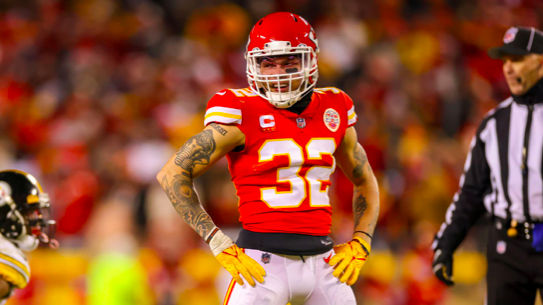 The Philadelphia Eagles have an opening at safety and reportedly have targeted one of the best in the business to sign this offseason.

Tyrann Mathieu set up a virtual visit with the Eagles on Thursday, linking the former LSU star with a possible move to Philadelphia. Philadelphia is a “prime location” for Mathieu, who visited with the New Orleans Saints earlier this week, per NFL Network.

Mathieu is the top safety option on the market and will be entering his 10th season in the NFL. A former third-round draft pick by the Arizona Cardinals in 2013, Mathieu has spent the last three seasons with the Kansas City Chiefs, winning the Super Bowl in 2019.

He is a three-time pro bowl selection and has registered two interceptions or more in each of the past six seasons. Mathieu finished the 2021 campaign with 76 tackles, three interceptions, three passes, while only allowing a 65.9 passer rating in coverage when targeted as the primary defender.

His 26 interceptions since 2013 are the third-most in the NFL over that span. Mathieu’s arrival in Philadelphia would give defensive coordinator Jonathan Gannon another key player in his defense, joining Darius Slay, Haason Reddick among others.

Marcus Epps and K’Von Wallace are other safety options outside of re-signee Anthony Harris, but Mathieu would be a major improvement over both of the younger options.