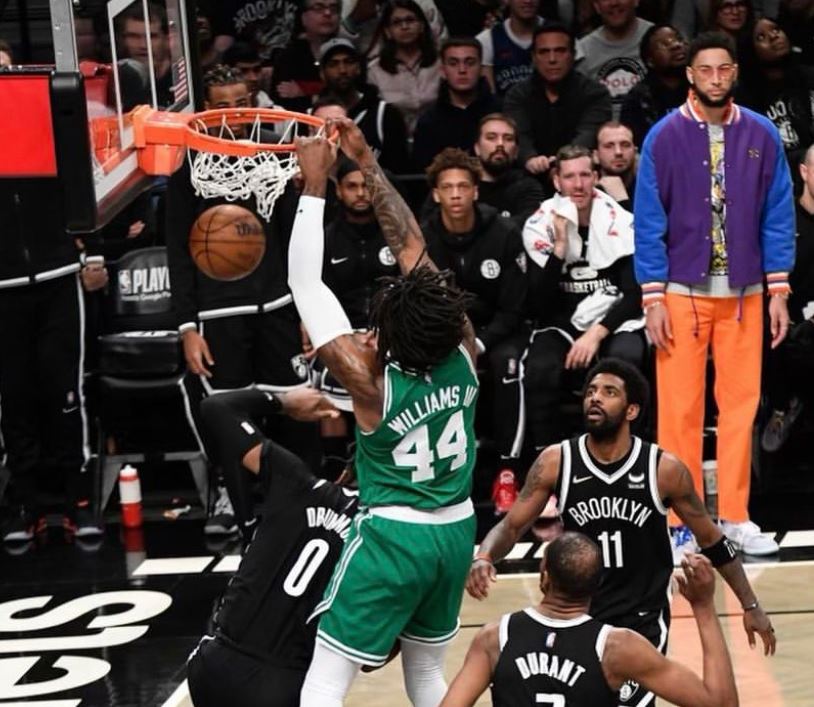 We’re back with a new Brew. The 76ers lead the Raptors series 3-1. Joel Embiid has a finger injury. Ben Simmons is living up to his Mister Softee nickname again. The Republican party of 2022 really are a bunch of walking, talking losers. We have a loaded Brew, so let’s do this. It’s Brew time!

Yeah okay Doc…that’s all you do

Ben Simmons has been ruled OUT of Game 4 between the Nets and Celtics, sources tell @ShamsCharania.

Boston holds a 3-0 edge in the series. pic.twitter.com/08nM16HnFM

This one is a classic

Reggie Miller is not lying

“This dude has ZERO competitive 🔥”

The heist of the century???

Ben Simmons has officially completed the biggest heist in NBA history. He really sat out an entire season! Carry on…

Nova Nation at the Phillies game

Kyle Schwarber was not happy with this called third strike. pic.twitter.com/WSjs5LyYDQ

“Greene’s ridiculous refusal to answer anything truthfully was hardly convincing, and in many ways raised even more questions about the Republicans’ attempt to overturn the 2020 election,” @mehdirhasan says. https://t.co/mFH3SQBziW

This woman is the enemy of Democracy

Rep. Marjorie Taylor Greene (R-GA), at her trial, repeatedly refuses to answer whether interfering with an election makes someone an enemy of the Constitution.

Greene: “Interrupting Congress like when the Democrats interrupted Congress and had a sit-in on the House floor?” pic.twitter.com/PjhpNEguE2

Multiple videos I found of Marjorie Taylor Greene were presented as evidence in her trial, some in this WaPo piece. Marge is a pathological liar who belongs in prison, not Congress. Have a nice Saturday.https://t.co/SJYdgchlFX

I can’t say that I’m surprised by these photos

Kevin McCarthy lying???? No f’n way…said no one ever

Macron takes down a far-right nightmare in France

Huge distraction at a birthday dinner

The Gypsy King is victorious again

Hey… I know the guy that wrote this

But please tell me more about booing Santa

The New York Yankees and Cleveland Guardians are condemning the behavior of some rowdy Yankees fans who threw trash at Guardians playershttps://t.co/dt535LkGLS

What in the blue hell is this guy doing?