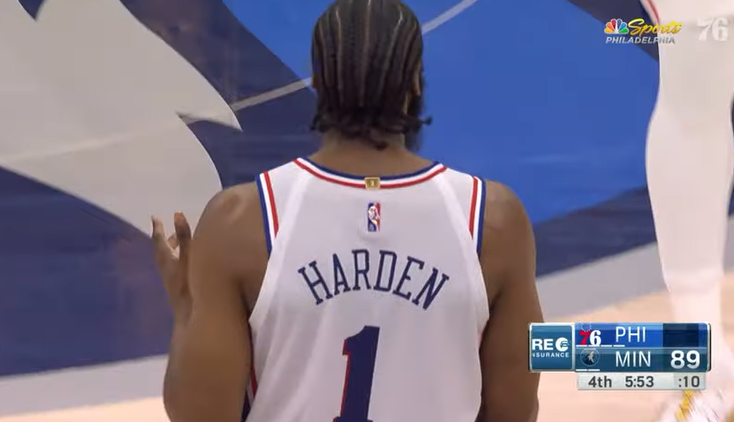 As the second highest paid player on the entire NBA roster — with a reported salary of up to $44m — expectations are understandably quite high when it comes to James Harden’s on court performances.

However, the most recent NBA odds have not been particularly kind to the Philadelphia 76ers’ star player, with bookies and fans alike already beginning to doubt his future performances this season. Looking beyond gossip at the bookmakers, however, how has Harden been performing in the playoffs this year, and how is the rest of this season shaping up for him?

The story so far

This led to Harden moving for the second time in a little over a year to a leading team where he was supposed to be a mainstay of his new home roster.

This move created a huge amount of hype and expectation for Harden, with the eye-watering sum the 76ers were handing Harden viewed as a significant investment in the future of the franchise.

However, following his most recent move from the Brooklyn Nets, this itinerant star is already surrounded by doubts as he seems unable to find his feet in his newest home.

Harden got his professional start at Oklahoma City Thunder, after which he enjoyed a long run of successes at the Houston Rockets where he stayed for just shy of a decade. Following this, Harden lasted barely two seasons at the Brooklyn Nets, after which he was traded to the Philadelphia 76ers for record sums.

It seems, however, that the frequency of these trades has not been doing Harden any good on the court. In contrast to the increasing sums he has been traded for, the LA born NBA star has looked unable to fully find his form. This has led some sporting commentators to question whether this is simply the former MVP’s “new reality”, where mediocre performances have become the norm.

For the 76ers in 2022 so far, Harden has secured playing stats that would make any other NBA player envious. This has included a 27-point game in a victory against the Timberwolves, followed by 29 points in a win against the Knicks.

In this time, Harden has also set a record as the first player in NBA history to record more than 25 points and 10 or more assists in their first two games with a new team, as well as making his 2,561st career three pointer. This latter stat puts him in third place in the history of the NBA, placing just behind Ray Allen and Stephen Curry.

Despite putting in solid performances against the Raptors and the Miami Heat — where he consistently scored well over 20 points per game — the 76ers were eliminated when they lost out in Game 6 against the Heat.

This has come at an inopportune time for Harden. Although these performances were solid, they are still considerably behind what we have come to expect from him.

As a result, the rumor mill has already started to spin, with some even going so far as to suggest that Harden might soon be facing questions as to his long-term prospects with the 76ers.

Age could also be against him at this point in his career, with Harden due to turn 33 this summer. As any professional knows, this is often the point at which male athletes begin to move past their peak into a slow but steady downward trend in terms of performance.

Importantly for Harden, both of these factors could ultimately impact any future contract negotiations he has with the 76ers or any other NBA franchise.

A contrary argument can be made, however, that Harden is simply a victim of his own success.  What Harden is really being critiqued for, then, is a failure to live up to his own standards — which is leagues above what the bulk of the NBA roster would ever be capable of.

After all, there are few in the history of the NBA who could ever have achieved the level of success Harden has had in his career so far. If Harden’s previous performances have taught us anything, it is that you can never count him out!