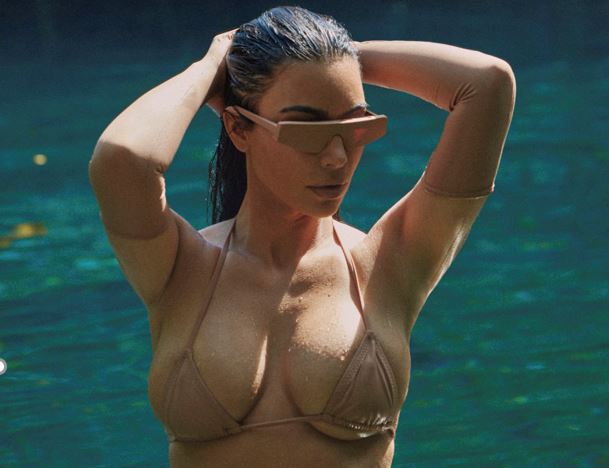 We’re back with an all new Brew. The Eagles finally added a piece at corner. Will the Sixers make any big moves in the off-season? The Pennsylvania primaries were held on Tuesday. The Sports Illustrated cover models were revealed. A big match is set for WWE’s Hell in a Cell premium live event. We have lots to cover, so let’s do this. It’s Brew time!

Roster move: Eagles have agreed to terms with CB James Bradberry on a one-year deal.#FlyEaglesFly pic.twitter.com/fa75G9A3DY

Big moves coming for the Sixers next year?

Brian Windhorst on the Sixers, James Harden, and Doc Rivers:

-“I promise you that Daryl Morey has big plans to require another star”
-“I think the Sixers would be comfortable with Doc Rivers returning, but I don’t think it’s as open and shut as Daryl wanted him to present it” pic.twitter.com/vT11zMwu5N

Will Juan Soto be traded?

Will Juan Soto be traded? 10 X factors to watch as MLB’s trade market heats up https://t.co/KtRshIrZvN

Steve Aoki with an awful throw

The United States Soccer Federation said it had reached collective bargaining agreements with its men’s and women’s soccer teams that achieve equal pay for players https://t.co/NE7mq6mJnu

It’s despicable, it’s dangerous — and it needs to stop.https://t.co/0Ch2ZosMhB

Republicans are playing a deadly game

Pennsylvania Democrats have made their choice for governor official, handing the nomination to second-term state Attorney General Josh Shapiro. https://t.co/X4jIshYgjz

Stop calling Doug Mastriano an “election denialist.” Let’s be clearer: He’s an insurrectionist who’s running to use the office to ensure that a Dem presidential candidate never wins his state as long as he’s governor. Key to this is Christian nationalism:https://t.co/yS7T5jbJuE

Mastriano is not to be trusted

This puts Oz in a tough spot. He’s not well positioned to push back by saying he doesn’t make declarations unless they’re backed by solid evidence. https://t.co/oGuAje6ivk

One less Nazi sympathizer in Congress

This is how you handle the ignorant

I don’t know who this Lyft driver is but he deserves an award and a seat in Congress. pic.twitter.com/8uvYSUBqne

Massachusetts reported a rare case of monkeypox on Wednesday in a man who recently traveled to Canada. Health officials are looking into whether it is connected to small outbreaks in Europe. https://t.co/rdDK4IQFO4

Does Kimmy Cakes deserve to be on the cover?

We shot this back in January and it’s been so hard to keep this cover a secret.

For the location we went back to one of my favorite places in the world, the Dominican Republic!

It’s such an honor and a dream to be on the cover of @SI_Swimsuit Edition. pic.twitter.com/s24uoczPrs

Panic! at the Disco album coming?

Panic! at the Disco Appear to be plotting a grand return via a cryptic sleep calculator website.https://t.co/5YlrJWX0kG

The Big Winners From The 2022 Billboard Music Awards Hosted By Diddy https://t.co/PXS1wEWEwg pic.twitter.com/3iAXSHacVg

Keyshia Cole Gets TATTOO Of NFLer Antonio Brown . . . Says She Wants His Baby After 2 Weeks Dating!https://t.co/vZktAthHBu

Nicole Scherzinger looks sensational as she turns up the heat for sizzling snaps in a plunging blue bikini in Mexico https://t.co/2VXB3mrhiu

Megan Fox Tells Stylist She Cut a Hole in Her Blue Jumpsuit to ‘Have Sex’ with Machine Gun Kelly https://t.co/9MT3OmRNDZ

Was there any Wrestling era better than the Monday Night Wars?

The year is 1997. You’ve got no job and no bills. It’s Monday and the war is on… Life. Is. Good. pic.twitter.com/EjngSxFnfF