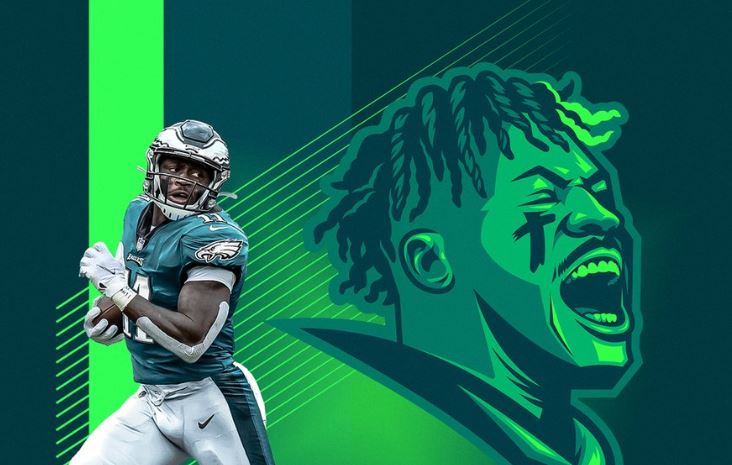 We’re back with a new Brew. A.J. Brown is officially a Philadelphia Eagle. Dave Chappelle got attacked on stage. Conservatism in this country is tearing America apart. Eminem is Hall of Fame bound. We have a lot to cover, so let’s do this. It’s Brew time!

A.J. Brown: I’m glad the Eagles believe I’m one of the top guys in the league. https://t.co/Z9cDRqDFtU

This would’ve been a great signing for the Eagles

So he won’t get a Covid Vaccine, but he’ll take steroids??? Got it.

Wild scene during a performance by Dave Chappelle

Someone rushed the stage and attacked Dave Chappelle during his Hollywood Bowl performance … and the surreal moment was caught on video. https://t.co/kFf1BvJDvt pic.twitter.com/tQzrt6tMLj

Not the results this guy was expecting

After Dave Chappelle was attacked by an audience member on stage, Chris Rock appeared on stage, grabbed the mic and asked, “Was that Will Smith?” 😭pic.twitter.com/5cruVk4Vsp

MEGA SCOOP FROM JOSH GERSTEIN: The Supreme Court has voted to strike down the landmark Roe v Wade decision, according to an initial draft majority opinion written by Justice Samuel Alito circulated inside the court & obtained by @joshgerstein of @POLITICO. https://t.co/akJR9RQiFw

States where abortion will be illegal

26 states where abortion will be illegal if Roe v. Wade is overturned https://t.co/BsaH5hDrBU pic.twitter.com/nuCQynP0zU

Matt Gaetz is a scumbag

This guy is a complete disgrace and will never not be

🚨 SCOOP in @Axios AM: Former SecDef Mark Esper, fired by Trump, writes in “A Sacred Oath,” out 5/10, that a red-faced Trump said as demonstrators filled DC after George Floyd’s death:

Who is this snowflake???

Former NFL player Jack Brewer says he has filed a police report against MSNBC host Joy Reid, after she posted comments on twitter against black children from his school being used as props against CRT at Desantis’ press conferences. pic.twitter.com/Jn1gLqvWQb

The best wings in Philly

Whether you want them with extra sauce or a dry rub, here are the spots serving the best wings in Philly.

As Elon Musk’s crusade against Twitter escalated from a war of words to a full-on takeover, he was egged on behind the scenes by a mix of voices—from fellow billionaires to internet trolls—with their own beefs with the social-media platform https://t.co/7pFiHOWyj6

Elon Musk shares his vision for Twitter at the #MetGala:

“My goal, assuming everything gets done, would be to make Twitter as inclusive as possible … and that they find it interesting and entertaining and funny and that it makes their life better.” pic.twitter.com/YxPktO5k8z

Addison Rae is a dime!!!

I love me some Blake Lively

Eminem inducted into the Rock and Roll Hall of Fame

The Rock and Roll Hall of Fame just got a lot Shadier: Eminem is joining the 2022 Rock Hall class. https://t.co/wQZhxzkAg8

This week in history

The Rock celebrated his 50th birthday

The @Twitter outpour of birthday wishes for @TheRock on this most electrifying birthday! pic.twitter.com/jg3HNz9E10