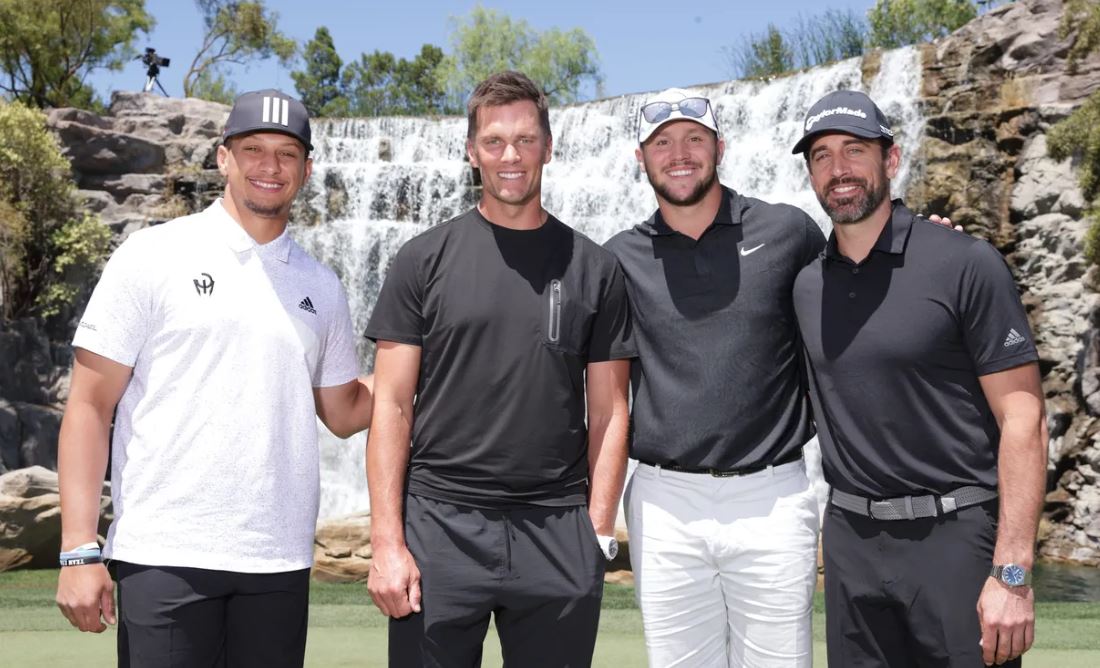 We’re back with an all new Brew. Things aren’t looking great for Joe Girardi and the Phillies right now. Joel Embiid underwent surgery this week. The Madden 23 cover has been revealed. Capital One’s the match took place last night. We have a lot to get to, so let’s do this. It’s Brew time!

Corey Knebel is the first pitcher to allow a game-tying/go-ahead HR in the 9th inning of consecutive games this season. pic.twitter.com/OdvPpEnWHy

This sums it up

The embarrassment of being a Phillies fan

Joel Embiid underwent surgery Monday to repair his sprained right thumb, according to the 76ers.https://t.co/ZYtZK8y861

The Nets make a decision

ESPN Sources: The Brooklyn Nets are deferring acquisition of the Philadelphia 76ers 2022 first-round pick at No. 23 to the 2023 NBA Draft. The option on pushing back pick comes out of the James Harden-Ben Simmons trade. Nets had to inform the league office of decision today.

The lead broadcast team for the NFL on Fox

Fox has unveiled its No. 1 broadcasting team for the 2022 NFL season.

The legendary John Madden returns to the cover #Madden23 pic.twitter.com/unfWPYV6KD

Mike Missanelli is out at 97.5

Mike Missanelli is OUT at 97.5 The Fanatic! Mike announced just minutes ago that his contract is set to expire in a few weeks. He and the station have agreed to part ways. pic.twitter.com/t6fsgoWLcR

Who said things couldn’t get worse at The Fanatic???

97.5 The Fanatic reportedly has a new lineup set to replace Mike Missanelli for their weekday afternoon show: https://t.co/R3RU3gJr1X

Nike AM 1 “Ducks Of A Feather” signed & serialized by Tinker Hatfield🦆 pic.twitter.com/0yy5khtisG

Aaron Rodgers forgot there was a giant tree in front of him when he pulled driver on the range at #TheMatch pic.twitter.com/VApufrYZLP

Nothing wrong with dropping some F Bombs

This is so good!

We spoke directly to Wayne LaPierre at the NRA Convention and thanked him for all his thoughts and prayers. pic.twitter.com/EfdDrgD4Af

Reports of children calling 911 from within the classroom where the gunman massacred upwards of 20 people are accurate and harrowing … ’cause you can now hear it in audio. https://t.co/SbqtFPy6MO

Uvalde Police Chief Pete Arredondo told CNN he’s not going to release further information until the victims’ funerals are done “and the families quit grieving.” I’m sorry, when they what?!Quit grieving?? Is this real life? I can’t. pic.twitter.com/dbWU1LZiAl

Gov. Greg Abbott (R-TX) spoke with victims in Uvalde at almost the same exact time his pre-recorded video for the NRA Convention was being played in Houston.

What a pathetic man

Get her the hell off the board now!

Ginni Thomas tried to overturn the 2020 presidential election and has no business serving on a federal board managing Library of Congress funds. https://t.co/Z5yw38q77S

JUST IN: Clinton campaign lawyer Michael Sussmann is found not guilty of lying to the FBI in the first trial of special counsel John Durham’s investigation into the Trump-Russia probe https://t.co/v9lcJ8MEVN

Republicans need to stop talking out of their a$$e$

Marjorie Taylor Greene is a sitting member of Congress…

“Probably in about 4 or 5 generations, no one will be straight anymore. Everyone will be either gay or trans or non-conforming.”

Vote this idiot out of office.pic.twitter.com/rw8LHQEs9h

Charles Booker, who is running against Rand Paul in Kentucky’s senate race, has a noose around his neck in his new campaign ad

Gay Pride flag to be raised at City Hall

The iconic More Color More Pride flag will be raised once again at City Hall to celebrate the beginning of Pride month! 🏳️‍🌈

Want to be a part of the fun? Join @PhillyLGBTgov and guest speakers for a special kickoff event Friday June 3 at noon.

Elon Musk gets dunked on

Hard Drive Apologizes to Elon Musk for Dunking on Him Too Hardhttps://t.co/MiBvjl3jXb

Musk is on the wrong side of history with this one

Tesla CEO Elon Musk apparently sent an email to the executive staff that nixed working from home, saying anyone wishing to work remotely must work from the office “for a minimum (and I mean *minimum*) of 40 hours a week,” or they must depart the company. https://t.co/IFEtyBBCdA

#BREAKING: Police are responding to a shooting at a medical clinic in Oklahoma and described the scene as “catastrophic.” Officials say there are multiple injuries. https://t.co/ij80s1DwIf

Hepatitis A outbreak linked to strawberries?

The FDA is investigating a hepatitis A outbreak potentially linked to organic strawberries sold at a number of retailers, including Trader Joe’s, Kroger, Safeway, Aldi and Walmart.https://t.co/ZH1WCXBMKZ

For anyone that cares what celebrities did on MDW…

Another one bites the dust

Another lawyer has stepped down in Kanye West’s divorce case from his ex, Kim Kardashian.https://t.co/hFc6f07iEf

Holy smokes!!!! We are not worthy…

Panic! At The Disco news

Panic! At The Disco have announced their new album, Viva Las Vengeance, as well as a 40-date worldwide tour with support from MARINA and @BeachBunnyMusic in North America.

The “Churchill Downs” video is out now

.@jackharlow and @Drake enjoy a day at the races in the new music video for “Churchill Downs.” https://t.co/uTIokPMAwQ

The return of Bray Wyatt???