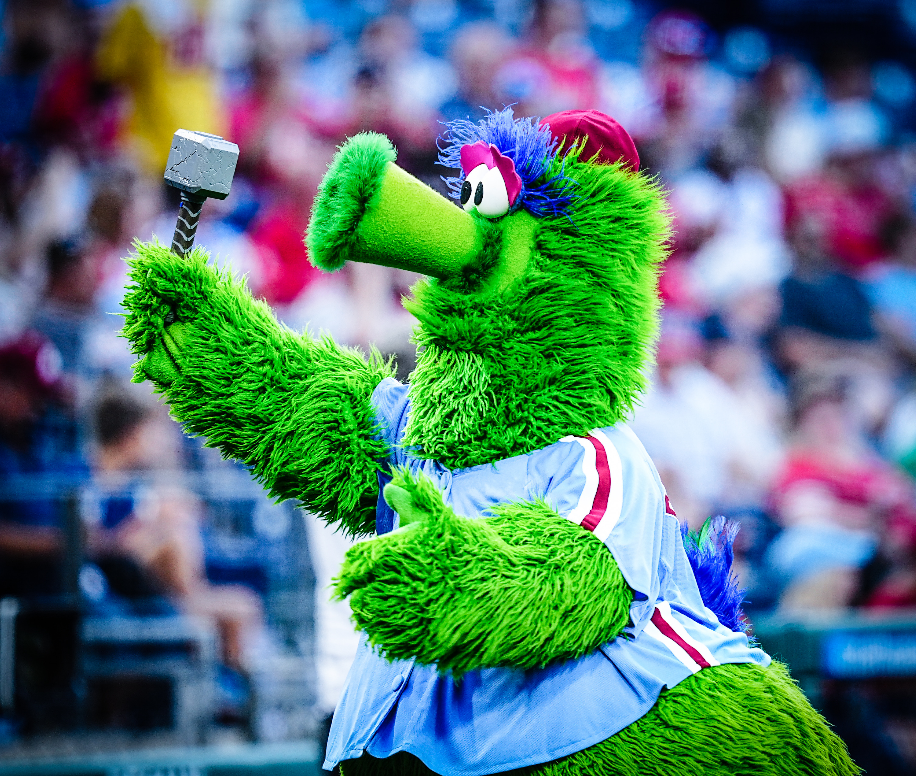 We’re back with an all new Brew. The Phillies are rolling. Pete Rose returned to Philadelphia on Sunday and brought more controversy with him. Terrell Owens encountered a Karen. DJ Khaled released a new track. Eminem dropped an album. The Carter VI is on it’s way. We have a ton to get to, so lets do this! It’s Brew time.

A.J. Brown speaks on his end with the Titans

A.J. Brown was asked if he’s come to terms with how things ended with the Titans. Jalen Hurts puts his hand over the mic haha pic.twitter.com/EvvvyPuA6r

Pete Rose on critics of his appearance with the 1980 Phillies team: ‘It was 55 years ago, babe.’ Story @PhillyInquirer: https://t.co/jN530Wx7Wt

The reception for Rose

The Phillies are rolling

How sweep it is!#RingTheBell x @IBX

Bryce Harper’s thumb is improving and he’ll begin a throwing program for his elbow.

He’ll return as the Phillies’ DH, but could he potentially play RF late in the season?https://t.co/GpVNVhSnJT

Jacob DeGrom is back and nastier than ever

Jacob deGrom is officially BACK. 💯 pic.twitter.com/CEYbDp3xTG

Terrell Owens gets into it with a Karen

Terrell Owens and a woman got into such a heated dispute in their neighborhood on Wednesday night, cops got involved. https://t.co/6UVyax6MG7

Yall are worried about Travis.

If James Harden & Kevin Durant can travel to London together for a Travis Scott concert, I think it’s safe to say they can work things out together on the court in Philadelphia pic.twitter.com/ehfaisHfCP

inject this into my soul. pic.twitter.com/31yBcU5IlY

Dick Cheney calls Trump exactly what he is…

“In our nation’s 246 year history there has never been an individual who is a greater threat to our Republic than Donald Trump.” Dick Cheney pic.twitter.com/erBPBNy8ah

Ron DeSantis is a dangerous man

FL civics teachers are speaking out after attending Desantis’s new mandatory 3-day ‘patriotic history’ indoctrination seminars. One example they cited was that students would be told Washington & Jefferson opposed slavery, while omitting the fact that they owned them. pic.twitter.com/2qtdTpJaAF

This guy needs to be stopped…

In his latest attack on the trans community, Gov. Ron DeSantis (R-FL) announces he is suspending State Attorney Andrew Warren for failing to prosecute providers of gender-affirming care for trans youth.

The Republican party is as crooked as it gets

FBI director Chris Wray admitted to @SenWhitehouse today that the bureau punted some 4,500 tips about Kavanaugh’s sexual misconduct to the Trump White House in 2018, which then got to decide who the FBI interviewed in its sham investigation. https://t.co/jfig7CLYFX

The time Jon Stewart brutally humiliated Tucker Carlson on his own show is worth another watch. pic.twitter.com/iF4Fm0RZ6t

Brittney Griner sentenced to 9 years in Russian prison after she apologizes in court: “I made an honest mistake…I had no intent on breaking any Russian laws.” pic.twitter.com/nAhX6mwEVs

BREAKING: America’s hiring boom continued last month as employers added a surprising 528,000 jobs despite raging inflation and rising anxiety about a recession. July’s hiring was up from 398,000 in June. The unemployment rate slipped to 3.5%. https://t.co/C8UhvAjwjm

Adele and Rich Paul are doing it big!!!

For those that care…

Ghostface is back! Everything to know about #Scream6:https://t.co/g7hRSCoUmj

Curtain Call 2 is out now

More heat coming to the streets

CARTER VI ON THE WAY 🚨🚨 pic.twitter.com/NWQQEbiCsv

Ma$e speaks on the Cam’ron beef

Business has picked back up in the WWE