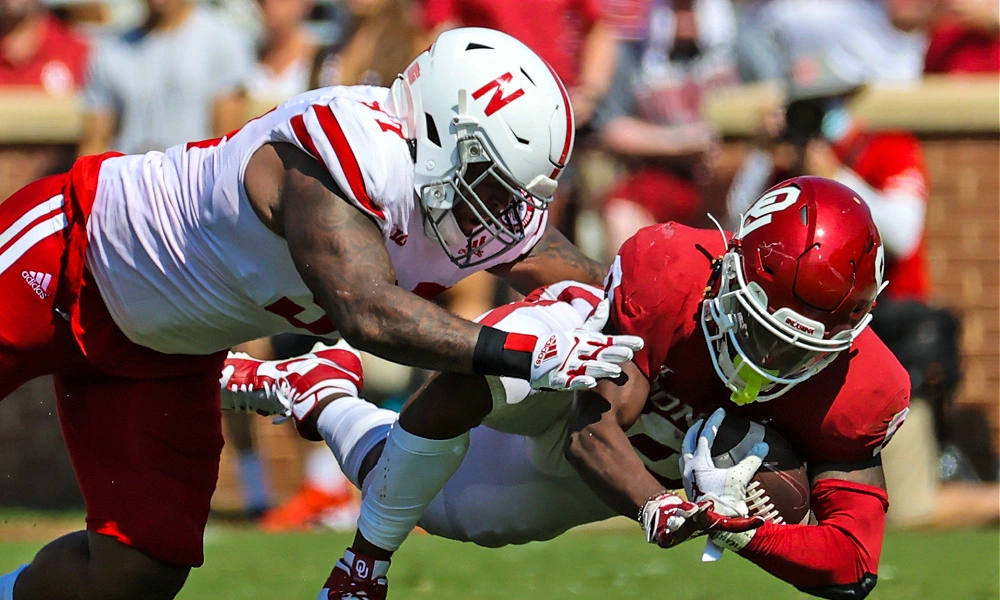 Is a 3-2 start to this season the dream we all had? Probably not. But it’s still a winning one. We will have better weeks, and I’m sure we will have worse at some point, too. If we can shoot 60% or higher for the rest of the season overall, I will be a happy sports bettor.

This week, I’m blending college football with the NFL for a six-pack of picks to get your weekend going, so let’s dive in!

The Scott Frost era in Nebraska has come to an unceremonious end after losses the Northwestern and Georgia (not that one) Southern in two of the Cornhuskers’ first three games of the season. Do I agree he needed to go? Yes. Do I think that doing it now is going to drastically improve Nebraska’s chances this weekend? No.

Nebraska is a bad football team, there’s just not much else to say about it. Frost played a large part to get them there, but his departure isn’t going to spark a great team. Oklahoma is a legitimate powerhouse and is far more talented than either of the two teams that have already beaten Nebraska this season. Brent Venables and the Sooners have their first real “test” of the season in this one, and I expect them to show off in a game that is considered a rivalry against an opponent who is essentially the minor leagues at this point.

Redemption. That’s the word this week for Oregon. The Ducks were obliterated in Week 1 by defending national champions Georgia, and just two weeks later they are heading back to the national stage, but this time against a more reasonable opponent and as a slight favorite. Oregon came into the season as the No. 11 team in the country, and they’ve been tossed to the curb because of what, being destroyed by Georgia? Hate to break it to everyone, a lot of teams (maybe all but two or three in the country) would be demolished by Georgia.

Oregon isn’t a bad team because of that loss. We need to see them up against more reasonable opponents, and this BYU match-up is a perfect example. BYU is coming off a double overtime victory over a top 15 ranked Baylor team, which is a great win for the Cougars, but we saw several let down spots come through last week, and I think this is another prime example.

BYU is a very solid team, but after an emotionally draining victory like the one they just came off of, I like Oregon to have a solid showing on the national stage in Eugene.

I’m going to ride with the let down theme again in this one. Texas Tech is also coming off a double overtime, this time against a ranked Houston team. The Red Raiders’ huge win at home was a great jump start to a season that they really needed, as football down in Lubbock has been lacking for a bit now. But even though this match-up is against a ranked opponent in NC State, it really feels like this is a trap game/letdown for Tech. I already went over how they are coming off a huge win against an in-state rival, but their next game after this will be at home against their arch rival Texas. This has the makings of both a let down and a look ahead perfect storm that I don’t think they can handle. Did I mention they have to travel across the country to North Carolina for this match-up in-between their in-state rivals? Perfect storm might be an understatement.

The NC State Wolfpack was a team I loved coming into the season, and I’m not quite done with them yet. Yes, the Week 1 super close escape against East Carolina was a concern, but a win is a win. Devin Leary to me is still one of the better quarterbacks in the country, and this is a great spot for the Wolfpack to ease any national concern about that Week 1 performance.

No team that avoided a loss in Week 1 is more frustrated than Indianapolis. The Colts escaped with a tie in Houston, going in as one of the largest favorites in the opening weekend, and yet, they were extremely lucky to escape with a tie as they were down by double-digits during the game.

This spread is telling me that people are already out on Matt Ryan having this be a solid offense, and I’m not quite there yet. The Colts are still my favorite team on paper in this division, and while I expect to see some improvement from the Jaguars this season, I don’t think they are ready for prime time. The Colts have the better defense and a dominant run game, while the Jaguars’ side is more about potential than actual results. With this spread now down to 3.5, I’m going to jump on the Colts, as I think they will win by a touchdown.

Ah, what a classic match-up. Patriots vs. Steelers. New England vs. Pittsburgh. Belichick vs. Tomlin. Brady vs. Roethlisberger… – wait, I mean Jones vs. Trubisky. Just because there isn’t as much glam around this match-up as there was in the past doesn’t mean an angle doesn’t exist. I told you last week, and I will tell you again, I don’t believe in the Patriots this season. This offense struggled mightily against the Dolphins last week, where they were only able to pull together seven points in their season opener. Even with T.J. Watt sidelined, I still believe this Steelers defense is on par with Miami, and I have no reason to believe that New England is going to be any better on the offensive side of the ball.

I know it’s tough to trust any offense led by Mitch Trubisky. I get it. That being said, I do believe in Mike Tomlin and especially as a home underdog. Najee Harris’ injury and being only partly himself does scare me, but regardless, this team has weapons on offense (Harris, Johnson, Claypool) and Trubisky is an upgrade compared to Big Ben last season. Buy into Pittsburgh starting the year 2-0.

One of our biggest upsets of Week 1 occurred on the last game of the weekend, when Seattle led by *checks notes* Geno Smith beat their former star Russell Wilson and the Denver Broncos. Seattle was able to get a lead early, and had some very strong bend but don’t break defense – forcing two goal line fumbles – in order to hold onto the lead. I’m not a Wilson fan, so I was very happy to see that outcome [might have also had a side bet with Seattle ML $$$], but I don’t know if I believe in this offense long-term.

The 49ers’ offense is one that we learned almost nothing about in my opinion in their first match-up, due to the extreme weather conditions in Chicago. So while Trey Lance didn’t look great, I just don’t think I can change my opinion one way or another on him based on that. One thing I can take though, is that I still strongly expect this to be a run heavy offense for the 49ers which will keep the clock ticking all game long.

These two things lead me to one belief: both teams will try to run the ball to minimize mistakes, and I still believe that the Seahawks’ offense will struggle this year, so I’m going to jump on the under 41 in this one.

• It’s low for a reason, go under 41 in this match-up. Check out the latest odds here.