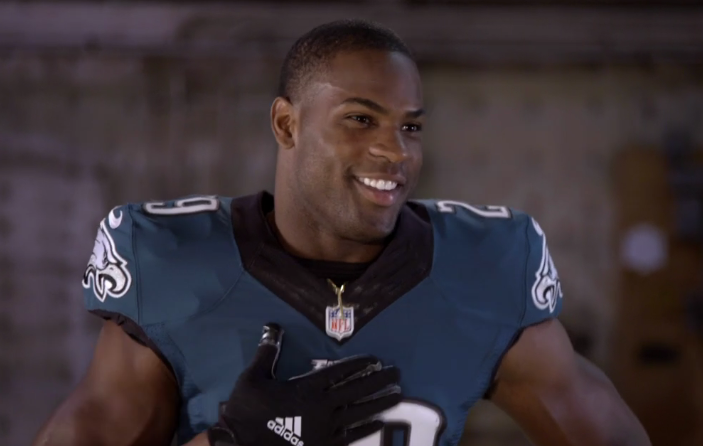 The Eagles were murdered by the Bucs yesterday at the Linc in case you haven’t heard. It was probably the single-most embarrassing game Chip Kelly has coached with this team in the three years he’s been here. The offense looked, once again, bad, and the defense had its worst game of the season. So, naturally, after amounting a 4-6 record through 10 games and the fans being completely over this team at this point, some players aren’t happy and take it to the media to vent. Some players own their comments publicly, and then others hide behind the condition of anonymity that probably gives beat reporters boners through their dress slacks. Hey, I wouldn’t blame them.

Speaking to the Inquirer‘s Jeff McLane, who probably had a grin from ear to ear, the player began pondering whether Murray’s effort was really all there yesterday.

“Well, when you see DeMarco sliding before getting hit, you tell me. Was that giving full effort?” said an Eagles player who spoke on the condition of anonymity. “You see that [stuff], and it makes you wonder.”

But when one player questions another player’s effort, it does suggest something larger about the institution. Kelly dismissed a question that wondered whether his players still believed in his plan after putting forth such a performance against a rebuilding Bucs team.

Yeah, I guess if I was Murray’s teammate that already had a preconceived notion that he doesn’t hustle or give 100%, that might be an issue. Murray’s effort was never in question, at least publicly, until this weekend. Of all the games I’ve watched this year, I can’t say there has been a glaring play that would lead me to believe Murray wasn’t putting the team’s best interests above his own.

But I hardly blame Murray for getting down to the ground knowing he had a first down. One, it saved a potential fumble had he tried to gain extra yardage. Two, it probably wouldn’t have been in his best interest to continue going forward and risk injury, especially considering there would have been minimal gain had he decided to not slide down.

That wasn’t the only embarrassing thing to come out of Sunday’s game.

Jason Peters, who took himself out of the game in the fourth quarter, said there isn’t any quit in the players. He was probably crossing his fingers behind his back and his toes when he said that. Last week, he reportedly refused to dress as a backup, as well. Mark Sanchez and Darren Sproles had a pissing match after Sanchez threw a terrible pass that went for a pick-six. Sanchez said, “We got that cleared up real quick.” Sproles added, “We’re OK.”

Yeah. We believe that. This team has a lot more problems than what we’re seeing on the field. In fact, Malcolm Jenkins said that Kelly “didn’t ruin his reputation” because he has nothing to do with the defense. I’d interpret that as a shot at the head coach. He should be involved with everything. It’s pretty clear he isn’t in complete control of the locker room right now.