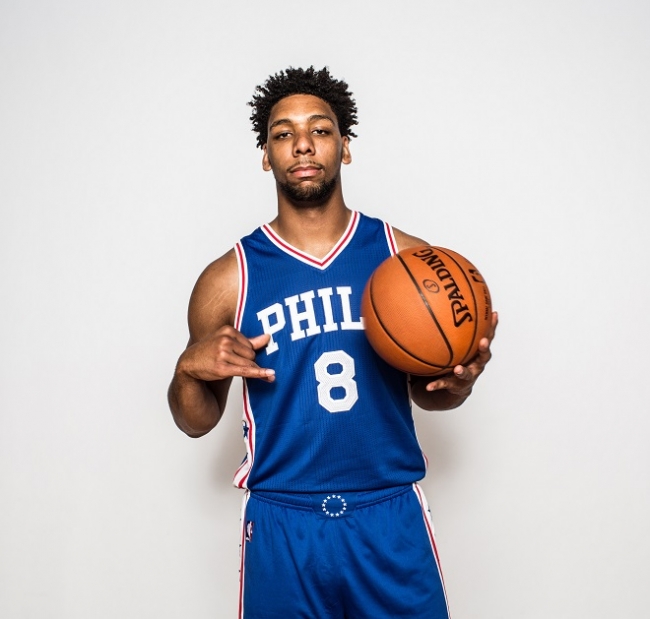 When we first heard of this incident outside a Boston bar on Wednesday night while we were all probably enjoying our Thanksgiving dinner, or, hell, what we could after that abomination of an Eagles game, we were hoping it was just a 19-year old doing something dumb, letting a couple idiots get under his skin for a payday. Now, we’ve learned this isn’t the first time something like this has happened involving Okafor.

According to Keith Pompey of The Inquirer, this wasn’t the first time Okafor has been involved in a late night incident. He was involved in an incident in Philly in October, and had a gun pointed to his head.

According to five sources who spoke to The Inquirer independently on condition of anonymity, Thursday morning’s incident in Boston was not the first time Okafor has been in an altercation with a heckler while out and about.

At a Philadelphia club in October, sources said that Okafor exchanged words with a heckler while with teammates. As he and his teammates left the club, a source said, the heckler pointed a gun to Okafor’s head outside the establishment.

A source said the incident was witnessed by federal officers, but there is no known official report of the incident. Okafor did not want to speak about the situation.

The October incident combined with Thursday morning’s fight outside a Boston nightclub shows a pattern that the Sixers and Okafor need to avoid.

The 19-year-old Sixers’ rookie was outside an Old City nightclub after 2 a.m. on October 4 when he and another person began arguing with two men sitting in a parked car near the corner of 2nd and Walnut Streets, according to a witness. The verbal disagreement escalated and a witness said he saw Okafor try to punch the driver through the open driver’s side window. During the altercation, the driver and passenger exited the car and the passenger pointed a gun in the direction of Okafor and his associate, per the witness.

U.S. Park Rangers – who patrol nearby Independence Hall – arrived on the scene during the altercation, according to separate reports filed by the U.S. Park Rangers and the Philadelphia Police Department and obtained by CSNPhilly.com. The man who exited the passenger side of the car fled on foot and appeared to toss his gun, per multiple witnesses. According to the police report, the driver got into a black Camaro with red stripes and sped off. The car was not stopped.

According to the police report, a U.S. Park Ranger chased the unidentified passenger on foot but lost him when the man ducked into the garage at the nearby Sheraton Philadelphia Society Hill Hotel at One Dock Street. The report also indicated that police and K-9 units “swept the parking garage and first floor of the hotel with negative results.” Hotel surveillance video revealed the man never entered the hotel from the garage.

It is unclear what happened to Okafor or his associate after the incident or if they were interviewed by U.S. Park Rangers or PPD. A Sixers’ spokesman could not be reached for comment.

The Sixers released a quick statement about the incident in October, and I mean quick.

“We are aware that there is an ongoing investigation regarding the alleged incident and are unable to comment further.”

Is Okafor just a night owl and a fan of the nightlife? He and Nerlens Noel were apparently spotted at a club last weekend in Miami after losing to the Heat.

No word on if Okafor was hanging out with O’Dell Beckham, Jr., because he was there, too.

Brett Brown said to the media today that he was concerned that under-age drinking played a part in Wednesday night’s incident. And if the report about the incident in October outside a Philly club is true, alcohol could have played a factor in that, also. Brown said he doesn’t want to give the players a curfew because he wants them to grow and mature and become responsible on their own, but it’s looking like Okafor may need some tough love for the immediate future.

Pompey also states, via a source, Wednesday’s incident began because a heckler did yell at Okafor, and not because Okafor approached them first. Either way, this isn’t good. At all.

UPDATE: Howard Eskin also reports Okafor was stopped by police after speeding at 108 miles per hour on the Ben Franklin Bridge.