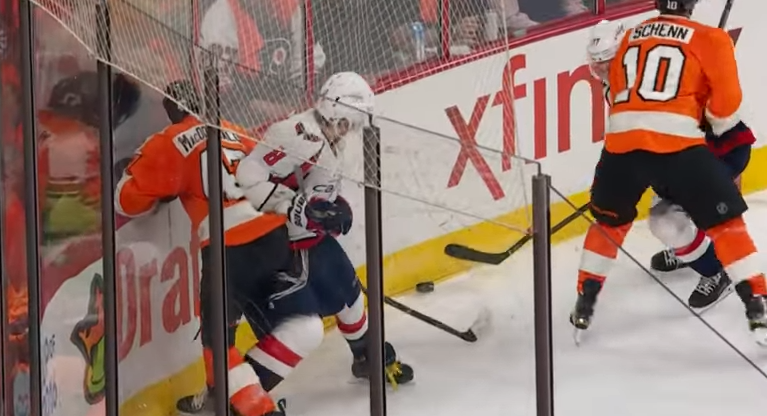 Brayden Schenn, who finally had a breakthrough season [well, end of the season, really], could be facing discipline for his hit on the Capitals’ TJ Oshie during Sunday’s Game 6 at the Wells Fargo Center.

Here’s the hit in question:

Or this, which was only a two-minute minor:

You know, the same kind of hit the league has suspended Radko Gudas and Pierre Edouard-Bellemare for.

Stay consistent, NHL. You guys are a joke.