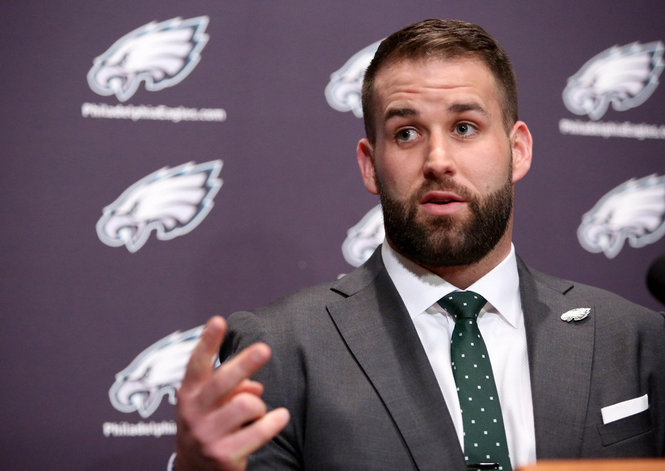 With the news that the Eagles have been informed that Sam Bradford wants to be traded and that he will not be showing up for their off-season program any longer, there’s one guy who feels the complete opposite of Bradford. How does that saying go? One man’s trash is another man’s treasure. So while Bradford won’t be appearing at any of the Eagles off-season programs, the Eagles’ newest quarterback Chase Daniel is making it perfectly clear that he digs the off-season programs.

Shortly after the news broke about Bradford, Daniel tweeted the following:

Great first day Phase 2 of the off-season program….offense looked sharp as ever! Still a long way to go, but a great start! #FlyEaglesFly

Was it a jab at Bradford? You tell us. The timing was pretty ironic. I’d like to think it was a jab. If Bradford doesn’t want to be here, then let the loser walk. Daniel was to be given the chance to win the starting job from Sam Bradford, but with Bradford likely gone (if the Eagles want to be distraction free to start the season), it looks like Daniel will at least start the season as the Eagles quarterback. This of course is all speculation on my part, and it’s certainly how I’d like to see things play out.

Bradford has a lot of testicular fortitude to now act like a whiny weasel considering he’s done nothing his whole pro career. I’ll take whatever for Bradford at this point, just to get that chump off the team. Bradford wants to go to a team where he knows he’s the man, but he hasn’t earned it, so be gone with your soft-ass self, Bradford.