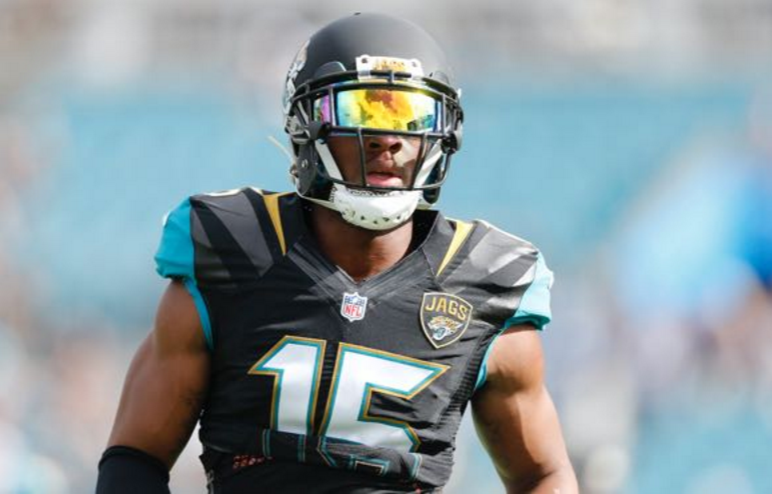 Each day leading up to the official start of the NFL football season, I will be providing you with player rankings, team previews, analysis, predictions, opinions and a whole lot more.

The Jacksonville Jaguars have been a trendy pick to surprise this upcoming season and I’m drinking the Kool-Aid.

It’s the defense, however, which appears to be in a prime position to make a huge leap in 2016.

In free agency, Jacksonville signed defensive tackle Malik Jackson to a huge deal and plucked safety TaShaun Gipson. It drafted arguably the best defensive player in the draft in secondary player Jalen Ramsey and followed that up with the selection of ultra-talented despite several red flags in Myles Jack in the second. And they’ll be getting 2014 No. 3 overall pick Dante Fowler back following an ACL tear.

Things are looking up.

Bortles’ numbers look outstanding, 4,428 yards to go with 35 touchdowns, but that also came with a league-high 18 interceptions. It was still an encouraging sophomore campaign for the former No. 3 overall pick.

Bortles has the prototypical build for a quarterback, 6’5 245 pounds, to go with a big arm. He can get it down the field vertically and also possesses plenty of zip on his deep outs toward the sideline. His accuracy wavers at times, but there’s also points where he gets into a rhythm and keeps it for long stretches. His 18 interceptions had to do with his inexperience, with disguises baiting him into making poor decisions.

Chad Henne remains the backup and also has a fairly strong arm.

The Jaguars have a solid duo at running back in second-year pro T.J. Yeldon and bruiser Chris Ivory.

Yeldon is a smart and patient runner with good vision and the decisiveness to know when to bounce runs to the outside. He gained 790 yards on the ground and 4.1 yards per carry despite missing four games. Ivory made his first Pro Bowl a year ago after leading the AFC with 1,070 yards. There may not be a harder runner in the game.

Denard Robinson is the third back after Toby Gerhart was released in March and brings more explosiveness than Yeldon and Ivory.

The sky’s the limit for the Penn State product Robinson. He had 1,400 yards and 14 touchdowns a year ago. He’s a great red zone threat, using his size and body control to post up defenders. He’s solid route runner, but it’s his physicality and outstanding leaping ability which helps him beat cornerbacks at the catch point. He’s speed is deceptive, Robinson is a long strider, but his yards after the catch ability can improve. Hurns added 1,031 yards and 10 scores and earned a four-year, $40-million contract. He’s a solid deep threat that attacks the ball really well in the air.

Julius Thomas was limited to 46 catches after missing four games with a thumb injury. He’s not a blocking tight end by any means, but is a solid threat in the red zone.

The Jaguars’ offensive line was a mess last year and allowed 51 sacks, but they attempted to revamp the unit during the offseason.

Kelvin Beachum returns from an ACL tear and will be the starter at left tackle. He didn’t give up a single sacks over his last eight games in 2014, playoffs included. At 6’3 305, Beachum is undersized, but patience and balance are his strengths. Jermey Pernell is the starter at right tackle.

First-round bust Luke Joeckel will move inside to left guard, while second-year A.J. Cann impressed as a rookie and is the starter at right guard. Brandon Linder missed 2015 with a torn labrum, but is very solid and will be the starter at center.

Fowler will play the ‘Leo’ pass-rushing based position in head coach Gus Bradley’s defense. He’s very athletic with a fast get-off to go with a physical mentality. He’s most effective as a bull rusher. Jared Odrick will start opposite of Fowler and he’s more of a run defender. Ryan Davis and former first-round pick Tyson Alualu provide depth at defensive end.

Jackson signed a six-year, $90 million deal to come and help the interior of the Jacksonville defensive line. Jackson effectively uses a combination of speed and power to create havoc in the backfield. He’s also extremely stout against the run. Jackson joins Sen’Derrick Marks, who has battled injury issues the last few years and hopes to return to the dominant force he once was when his first step was lightning quick. The rookie to watch out for is Sheldon Day, who some have stated as being a poor man’s Aaron Donald.

The scouts had their doubts about outside linebacker Telvin Smith because he’s only a couple pounds north of 220. They thought he was too small to play linebacker and not fast enough to play safety. Smith has proved them wrong.

He’s a good blitzer despite putting up just 2 ½ sacks last year. He times them really well and closes in on the quarterback in a hurry. In run defense, Smith’s speed and instincts help him greatly, although his tall frame does prevent him from getting great leverage at times. Smith is still inexperienced in coverage, but I’ve seen flashes and his athleticism should help him improve more and more in this area.

Jack’s knee scared teams away in the first round and Jacksonville pounced on the talented linebacker in the second. He’s outstanding in coverage and such an outstanding athlete that he can man slot receivers. He’s also a sure tackler in the run game and gets off blocks with ease. Jack also played some running back while he was at UCLA, showcasing how dynamic of a player he is.

Paul Posluszny will man the middle and excels at playing the run and being in the box. He has good instincts, with his read and react skills allowing him to make up for his lack of speed.

Where the Jaguars upgraded most was in the secondary where they drafted Ramsey with the No. 5 overall pick and signed cornerback Prince Amukamara and safety Tashaun Gipson.

Ramsey is the perfect cornerback fit for Bradley’s scheme despite playing more as a safety in college, having the size, length and speed to excel. He was my top-ranked player leading up to the NFL Draft. Amukamara is talented, but hasn’t always stayed healthy. Aaron Colvin is extremely underrated, but will miss his first four games due to a PED suspension. Davon House put up a team-record 23 pass breakups last year.

Gipson wasn’t as great last year after registering 11 interceptions over his prior two seasons, but is still an underrated player. Jonathan Cyprien is a huge hitter and will be the other starter at safety.