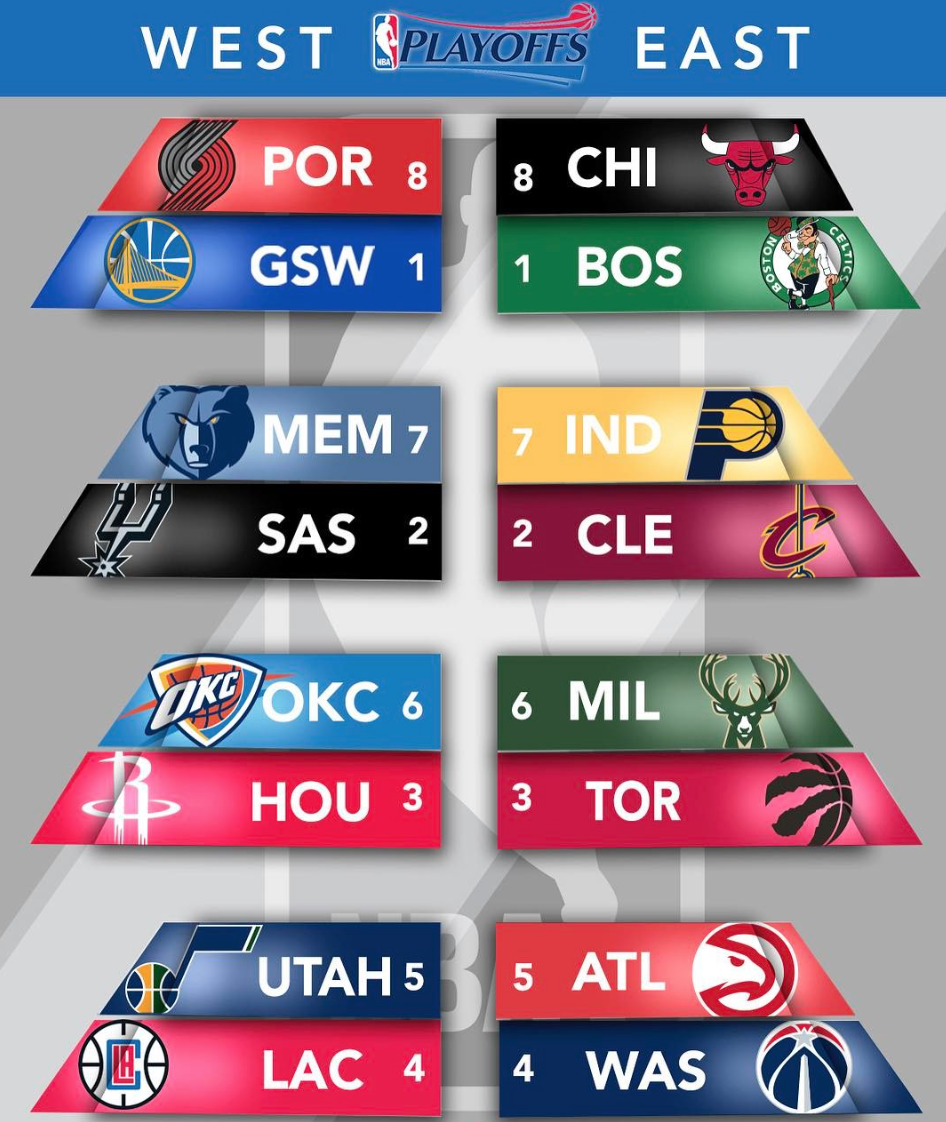 Is it still 40 games in 40 nights? I remember I used to laugh at that but now I look forward to the long road ahead that decides the NBA Championship. Look, I know the Sixers’ focus is on the Draft Lottery happening May 16th and on the Rookie of the Year race culminating on June 26th [and it better be won by a 76er.] How can you not give that award to anybody from the Sixers? Either way, it’s all about who will be the last team standing. Hopefully, we get an NBA Final like last year! I don’t remember the playoffs as a whole being that good except for the Western Conference Finals.

It’s real easy to pick the Cavs and Warriors and, for the most part, I think we would all sign up for that right now. However, I’m going upset in the East, though it’s probably stupid to bet against LeBron and co. But give me a new King coming out of the East. I’m sorry, I can’t type this with a straight face … but give me the Hawks to be the surprise in the East. WHAT? Again, hopefully I’m wrong because LeBron not reaching the Finals is a fun story for a night, but in the end we all lose.

Warriors over the Hawks in 5 games. Who you got?