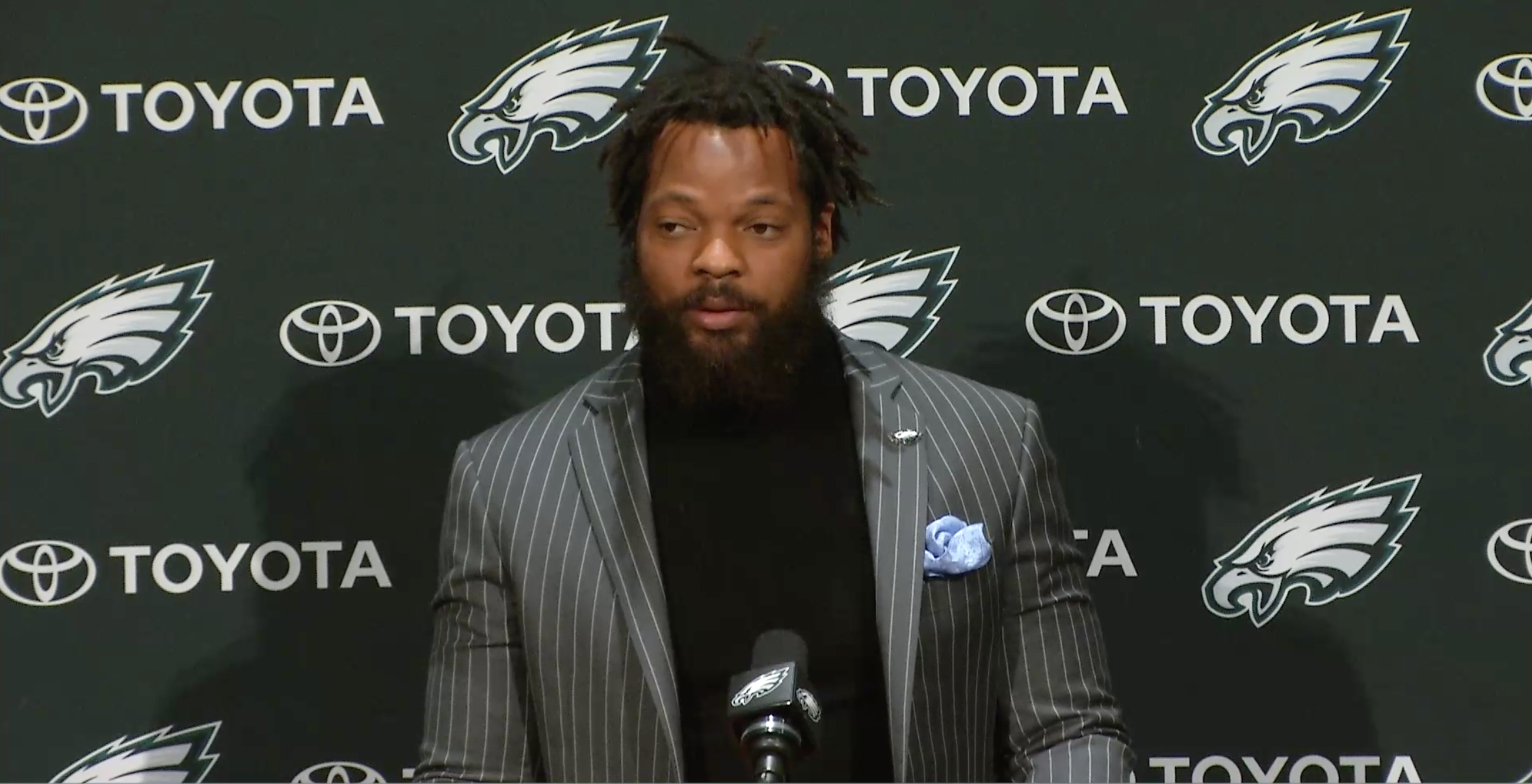 Michael Bennett has called out the quarterbacks in the NFL East.

The outspoken defensive end also wasn’t afraid to say that the Philadelphia Eagles’ defensive line could be one of the best ever.

Bennett had a memorable day in his introductory press conference with the franchise and got into a plethora of topics, including the ones I mentioned above. He was officially acquired by the Birds last week along with a seventh-round pick from the Seattle Seahawks for a fifth-round selection and wide receiver Marcus Johnson.

Here’s what the 32-year-old had to say about the Washington Redskins’ Alex Smith, New York Giants’ Eli Manning and Dallas Cowboys’ Dak Prescott.

“I know Eli Manning is probably watching this and thinking like yes, I’m coming. I know Dak (Prescott) is watching this like ‘Yeah, he’s coming.’ So yeah, I am, man. Alex Smith, he knows he can’t run from me. I told him in the Pro Bowl. So it’s definitely going to be a great season. It’s going to be fun to be out here and be able to chase quarterbacks.”

He also talked about the absurdity that will be the Eagles’ defensive line. One of the best ever, huh?

“I think we could be one of the greatest. I think we can have one of the greatest defensive lines to ever play the game if we approach the game like every single way. Just go out there and just keeping doing what they doing and finding a way to add and keep showing how many great players (we have). I think a great defensive line is about the rotation. It’s kind of like Golden State, you want to be able to have those guys who can come in and shoot and shoot and score every time.”

Speaking of that rotation, Bennett won’t be asked to take as many snaps as he did in Seattle when he had 941, which was 84.8% of its total. To compare that with Philadelphia, Brandon Graham led the team with 728 snaps, just 64% of the team’s total. Defensive coordinator Jim Schwartz likes to shift his defensive linemen in and out of the game like a hockey team. It’s this reason why I don’t believe Bennett’s age is as much of a dilemma as other people seem to believe.

That rotation is attractive to Bennett.

“I think it’s attractive. I think in Seattle, it was a little bit more responsibility because we played a little bit different defense. Still played with great defensive linemen. Cliff Avril, one of the best players to ever play the game. I had so many great players around me who were some of the best players to ever play. And so here, this defense is just another opportunity to line up on tight ends. And honestly, I don’t think there’s a tight end in the NFL that can block me.”

There have been murmurs about a potential reunion of the Bennett brothers as tight end Martellus Bennett is still available, but Michael said he hasn’t lobbied for it. He did explain that “It’d be great to have him here.”

Bennett, who had 8 1/2 sacks last year with the Seahawks, declined to answer questions about whether or not he would continue protesting against the national anthem while in Philadelphia, but did express his desire to help out in the community.

“It’s not just about winning championships on the field, it’s about being a champion off the field and being able to work in the community with men and young women all across this city and be able to give back.”