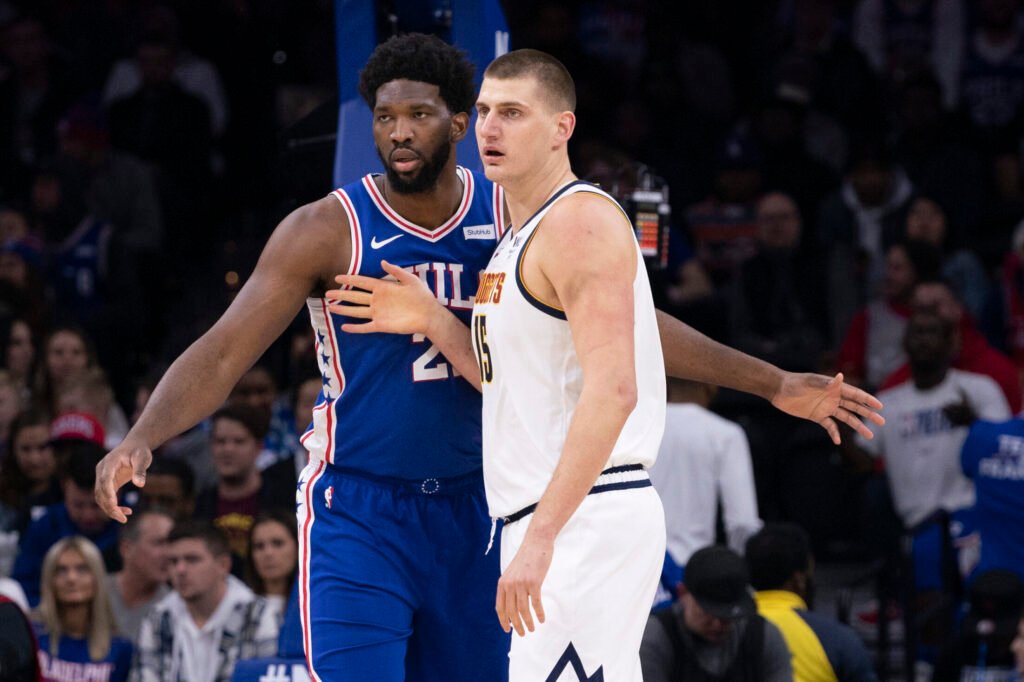 It was supposed to be a celebratory Monday night at the Chase Center in Oakland, California, where former two-time league MVP and three-time NBA Champion, Steph Curry, became the Warriors’ all-time leading scorer, passing legend Wilt Chamberlain along the way adding to an already impressive Hall of Fame résumé.

While that part is true, it was another depressing moment for the National Basketball Association as another star player went down to injury. The entire Denver Nuggets fan base, and fans around the league, held their collective breath when Denver’s Jamal Murray landed awkwardly on the court. Everyone’s worst fears were confirmed Tuesday morning.

Prayers up to Murray in his recovery.

With Murray now out for the rest of the season, I’m going to look at how that will impact the race for the league’s Most Valuable Player award.

As it currently sits with the oddsmakers, Denver’s Nikola Jokic is currently still the odds on favorite to win the MVP, with his line set at -225 courtesy of DraftKings Sportsbook. So, if you’re holding onto a futures ticket that you grabbed months ago at a line closer to 10-1, you’ve got to be feeling pretty good, right? Let’s look into his numbers this year.

Jokic is leading all centers in minutes per game with an impressive 35.4 avg, 26.2 points, 10.9 rebounds, and 8.8 assists per game. Averaging close to a triple-double is pretty absurd for a center. On top of those stats, the number one stat that may just secure the league’s first center to win MVP in 21 years (Shaq 99-2000) is that Jokic has played in all 53 games this year. This is clearly a something that heavily sways the pendulum in Jokic’s favor as former MVP favorites LeBron James (now listed at 16-1) and Joel Embiid (+350) have all missed significant time due to injury. With this being the case, it is hard to find value in currently betting Jokic at the current odds to take home the MVP, but is there a path for another player to challenge him?

If you just use your eyes, most would probably tell you that Embiid is the true MVP. His numbers are outright dominating, averaging 29.4 points per game and 11.1 rebounds per game, eclipsing that of Jokic. Again, while using your eyes if you look at the standings, the Sixers currently sit atop the Eastern Conference standings with the Brooklyn Nets, while the Nuggets are currently fourth in the West.

Another factor to look at is the team’s performance while Emiid is out of the lineup, which could be looked at a double-edged sword of sorts. The Sixers are 28-8 with Emiid in the lineup and only 9-9 with him out. There is no doubt that he is the team’s best player and that the team desperately misses him when he’s out of the lineup. That clearly adds major value to his case for MVP, there is a reason why he is widely considered as one of the most dominating talents in the Association. Obviously, the other end of that sword is the fact that he’s missed 18 games this year due to a combination of load management and knee and back injuries. If Embiid is going to win MVP this year, the only way we can see that happening is if the Nuggets fall multiple spots in the Western Conference, and Embiid misses minimal games the rest of the year, and continues to perform at a dominating level. It certainly fees like its a two-horse race for MVP – I think there can be some decent value on Embiid to win MVP at +350, but don’t wager too much, as there’s a reason Jokic is a large favorite. Just consider yourself lucky if you’re holding onto a Jokic or Embiid futures ticket and enjoy the ride.

The race continues tonight with the Sixers hosting the Brooklyn Nets at the Wells Fargo Center at 7 p.m. ET, and the Denver Nuggets hosting the Miami Heat at 10 p.m. ET.

Here’s a list of all the current odds for NBA MVP as provided by DraftKings Sportsbook.