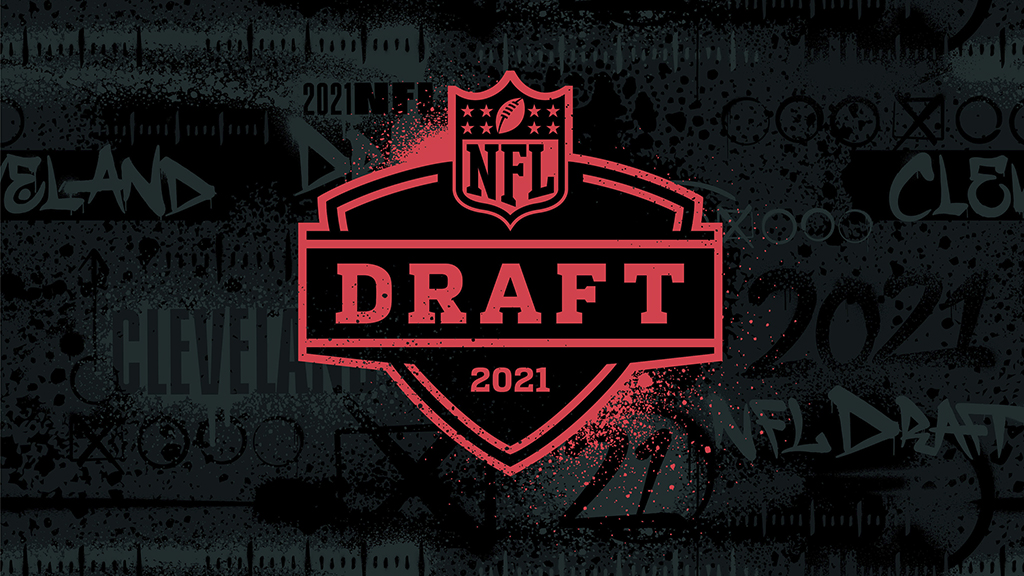 We are days away from the NFL Draft. Will the Eagles keep their 12th pick? Will they wheel and deal and move up? Or will they do the Philadelphia Eagles Draft special and draft down? Only time will tell. Meanwhile, Joel Embiid is out in the community doing great things. Derek Chauvin was convicted of all three charges against him in his trial for murdering George Floyd. This and so much in this week’s Brew. Let’s get to it.

Who are some players to watch for the Eagles?

The great @CandisRMcLean and @lhenry019 break down their top players to watch for the #Eagles in next week’s #NFLDraft.

Surtain II, Marshall Jr, Bateman, and other Eagles fits to watch during the NFL Draft https://t.co/mb1kIj7QM6

Changing the way the game is played 😂

The #Eagles head coach not naming Jalen Hurts the starter is either dumb, a lie or a dumb lie pic.twitter.com/EDwFAzUOQg

The Chiefs are beefing up at O-Line

Kansas City is trading its first-round pick Thursday night, along with three other picks in the 2021 and 2022 drafts, to the Baltimore Ravens in exchange for Pro Bowl OT Orlando Brown and one pick in the 2021 draft and another in 2022, per sources.

This looks mean and nasty

Check out these digs for the Rams’ draft location

The LA Rams are opting not go to Cleveland for the NFL Draft and are instead carrying out their draft operations out of a 9,000 square foot mansion in Malibu. Fans can enter to win a 3-day stay in the house following the draft. #nfldraft 📸 @RamsNFL pic.twitter.com/scWnS9NDGv

Here’s who is attending the draft in-person

Zach Wilson to the Jets?

Jets will ‘love’ him: How Zach Wilson burst onto the NFL Draft scene https://t.co/9HuxGiasoi pic.twitter.com/HvQqX4HQxS

Do we really care?

Roger Goodell has been vaccinated and players will be allowed to hug him in this year’s NFL draft pic.twitter.com/TtOl1RAsfG

Are the Patriots looking for a QB?

The Patriots reportedly are taking a close look at one of this year’s most productive quarterback prospects. https://t.co/ITigTiGTUZ

To honor Embiid’s efforts, the NBA will donate $10,000 to Covenant House Pennsylvania.

18 years ago, Chase Utley hit a grand slam at Veterans Stadium, the first hit in his major league career. pic.twitter.com/7Q8jrNOROO

George Floyd’s family reacts to the verdict in the Derek Chauvin trial 🙏🏾 We pray for their healing and peace ❤️ #JusticeForGeorgeFloyd pic.twitter.com/DbDDxHhaTl

“He had nine minutes to understand that my brother’s life mattered,” Philonise Floyd said of Derek Chauvin.

The Floyd family is calling for the passing of the George Floyd Justice in Policing Act to bring police reform. https://t.co/doAkE2hSK2

This is a problem

“We cannot rest. We will need to follow through with the concrete reforms that will reduce and ultimately eliminate racial bias in our criminal justice system,” the Obamas said after Derek Chauvin was found guilty on all 3 charges in George Floyd’s death https://t.co/H23TrkU1qD

You have the right to film police. Here’s how to do it effectively — and safely.

Around the same time as the Derek Chauvin verdict, tragedy struck again

And another cop shooting

Virginia State Police, which is handling the investigation, issued a statement saying, “The sheriff’s deputy attempted to verbally engage Brown and it was during this encounter that the deputy discharged his service weapon [TEN TIMES].” https://t.co/SpuktGfukF

Method Man and Redman on Verzuz

Get you a hype man like @methodman 😂😂😂 #VERZUZ pic.twitter.com/pKQ77le2XO

Their chemistry is phenomenal

Another great #Verzuz in the books.

That might be my favorite #Verzuz . #MethodMan x #Redman shut it down. We even saw Keith Murray. Like dawg the Hit Squad reunited on stage when they brought K-Solo and EPMD . Only people missing was Das Efx. Epic 🔥🔥🔥🔥 pic.twitter.com/BFgX0U9HJC

DMX memorial at Barclays: thousands of bikes and his casket in a monster truck. Incredible. pic.twitter.com/VDeeYS76M5

What a way to go out

Clean up your mess, Kevin

Clean up your mess, Kevin. pic.twitter.com/tnzZpQhK3b

Sen. Ted Cruz (R-TX): “You didn’t see Republicans when we had control of the Senate try to rig the game. You didn’t see us try to pack the court.” pic.twitter.com/reUU9WJU1d

Did someone say lies?

Don Jr posted a fake LeBron quote and this is what his Instagram story now looks like pic.twitter.com/WuAWl7xGSE

Josh Hawley continues to be a disappointment in life

JUST IN: The Senate voted 94-1 to pass the anti-Asian hate crimes bill.

Republican Josh Hawley was the only “no” vote. https://t.co/L3vxojEDwX

Caitlyn Jenner is running for governor of California

Though Caitlyn Jenner is one of the most famous transgender people in America, the announcement of her candidacy for California governor was greeted hostilely by one of the state’s largest LGBTQ-rights groups. https://t.co/xNj0Y7pY7j

And Jenner’s campaign advisor is:

Hey there. I’d like to introduce you to @Caitlyn_Jenner’s campaign advisor, Brad Parscale. 🙄 pic.twitter.com/zXiuU3V6Pd

India is in trouble

India has emerged as the country facing the world’s fastest-growing outbreak. https://t.co/hmdTOF6B0x

Not a good look for WWE

Dear @VinceMcMahon Im not sure if you’re aware, I did receive my @WWE care package today. Thank you. #AlwaysBlessedandGrateful #WomensWrestlingMatters 💋 pic.twitter.com/PyDC7ZC9lG

♥️ To whom it may concern ♥️ pic.twitter.com/RPGOOazm8F

Upon learning of the disrespectful treatment some of our recently released talent received on behalf of the company, we took immediate action. The person responsible for this inconsiderate action has been fired and is no longer with @WWE.

.@MickieJames I am embarrassed you or anyone else would be treated this way. I apologize personally and on behalf of @WWE. The person responsible is no longer with our company. https://t.co/nvN4WsKC0I

this is some wild ass weird old man behavior pic.twitter.com/US22nH4mxf

I’m sure LeBron James is devastated

Aww Damn! I was headed there to watch our game tonight and have a drink! Welp. 🥴 https://t.co/RRfRksjckM

The Jets and Maple Leafs don’t like each other

The Jets weren’t pleased with the Maple Leafs’ physical play in their latest matchup, and Wayne Simmonds responded with his thoughts on the situation. 👀 pic.twitter.com/qbgKurzj6r

You love to see it

This interaction between Julius Randle and his son 🥺 pic.twitter.com/w9eGuofWTa

How do we think it compares to logos from the past? 🤔