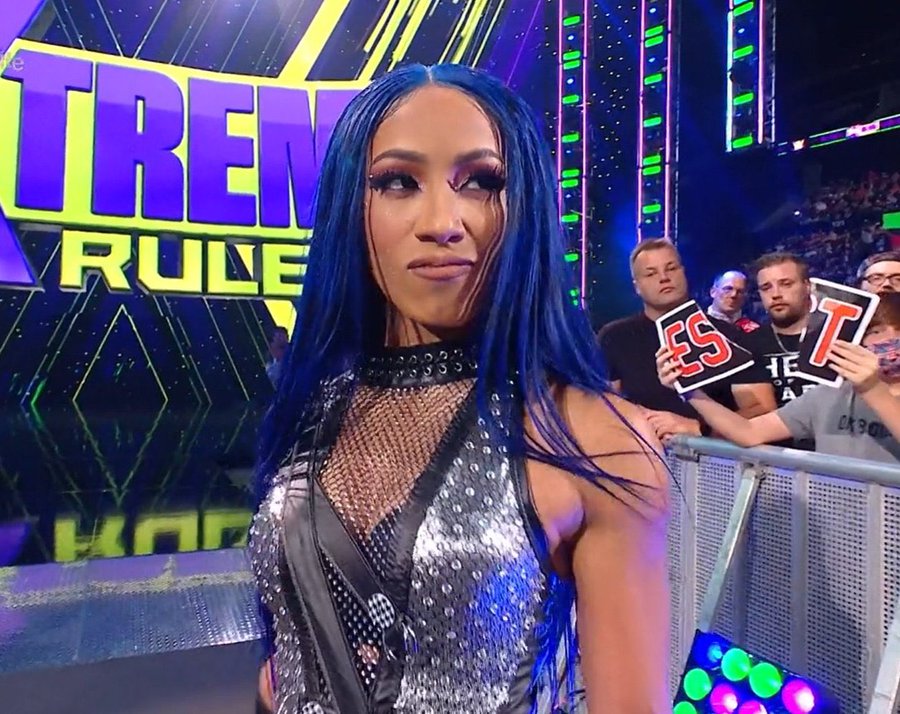 We’re back at it with an all new Morning Brew. It’s Dallas week, so you know what that means; screw the Cowboys! The Eagles will play the Cowboys tonight on Monday Night football. WWE Extreme Rules took place last night and the head of the table retained his Universal title. Ben Simmons is showing us that he doesn’t have the testicular fortitude to play in Philadelphia any longer. So let’s get right to it, it’s Brew time.

I’m looking forward to this

The Manningcast, which was announced as a 10-game arrangement, will be back for Eagles-Cowboys to cap Week Three. https://t.co/OEgeIErk46

The final injury report for Monday night’s big game between the #Eagles and Cowboys is out. Here’s a look at who will, who won’t, and who is still hoping to play: https://t.co/dlw7psa2sX @JimmyKempski

“We just got to continue to be obsessed with the details.”

Coach Sirianni discusses the lessons learned from Week 2, his early thoughts on Dallas, and more in this exclusive interview, presented by @Wawa.#FlyEaglesFly pic.twitter.com/OYVQbkwZPY

Cowboys DE Randy Gregory is back in the building today as expected, source said. He missed Sunday’s win over Chargers with COVID-19 but will be available in Monday evening’s home opener vs. Eagles.

A Chargers fan was socked in the face repeatedly by Dallas Cowboys supporters in a wild, violent brawl Sunday. https://t.co/Z5hFSNdHPD

A new era in Sixers broadcasting

a new chapter in sports broadcasting is about to begin!

ESPN Sources: Philadelphia 76ers All-Star Ben Simmons will not report for opening of training camp next week and intends to never play another game for the franchise. Simmons hasn’t spoken to team since a late August meeting when he communicated this message to Sixers officials.

Sources: Philadelphia 76ers players wanted to take a jet to Los Angeles this week to meet with Ben Simmons, but were informed not to come and that the three-time All-Star did not want to meet.

Cry me a river

“He doesn’t want to be in front of those fans. …I don’t think he intends to ever show his face there again.”
(Via @SiriusXMNBA ) pic.twitter.com/Ltt0ccwARf

Doc Rivers on Ben Simmons informing the 76ers that he wants to be traded;

“I can tell you up front, we would love to get Ben back. And if we can, we’re going to try to do that. pic.twitter.com/JeWoIE3W7U

Wow! What a mess in Philadelphia right now with the @Sixers. Seems like Ben Simmons is not playing around. So what should the @Sixers do? pic.twitter.com/36BYgasIVj

For those wondering, Ben Simmons and Tyrese Maxey from #Sixers to #Rockets for John Wall works cap-wise.

Simmons to the Nuggets?

Some suspect the Nuggets will be a sleeper here.

#Sixers Matisse Thybulle on @OldManAndThree discussed his thoughts on Ben Simmons and the game 7 lose:

“He (Ben) was thrown under the bus. They wanted to talk about passing up the dunk and passing it to me more then my foul.”#MatisseThybulle | #JJRedick#NBA | #BenSimmons pic.twitter.com/hyASmldQi6

Roman putting on his mask before venturing into the crowd. Safety first, even at #EXTREMERULES

Sasha Banks made her return and kicked ass

The Boss is back indeed

Sasha Banks said you both can get it and I loved it🔥. #ExtremeRules

Big E vs Bobby Lashley will kick off Raw tonight

Omega vs Danielson was pretty awesome

#AEWDynamite
One of the many highlights from Kenny Omega vs Bryan Danielson 🔥 pic.twitter.com/3apfvK74rL

Live commentary by The Straight Shooters

We live commentated #AEWDynamite: #AEWGrandSlam on Wednesday night on the latest edition of the podcast.

Hear our live reactions from Bryan Danielson vs. Kenny Omega and much more wherever you get your podcasts!

The only massacre was AEW gave away their biggest match and didnt get 1.3 million or beat Raw’s demo, forget #Smackdown ‘s 2.4 million.https://t.co/pGwtVsTGOf

Another nut job from the cult of Don the Con

Greg says he has worked for both Trump and Republican Senator Mike Braun. pic.twitter.com/LLSR1BYsYD

There’s something seriously wrong with this guy

Michael Flynn: The ‘Deep State’ is plotting to spike your salad dressing with the COVID vaccine https://t.co/PQSihgLiGN

James O’Keefe is at it again with his BS

I see Project Veritas, and Piece Of Shit Muckraker James O’Keefe are trending.

It’s all about the money

What do you know, in just 24 hours, the nurse who was the “whistleblower” in Project Veritas’ new video has already grifted over $143,000 from the rubes. pic.twitter.com/Qrae0kgVoW

Every year Project Veritas manipulates videos for the right wing cause

Another time Project Veritas got caught paying people to lie for them… https://t.co/GxlKkvpaS3

The head of Project Veritas is a liar convicted of a federal crime involving dishonesty who hates being called a phone tampering fabulist, which is what he got caught lying about.

NOTHING James O’Keefe reports is trustworthy. That goes doubly for anything he says about vaccines.

Project Veritas got scammed out of $150,000 by a phishing email lolhttps://t.co/HViWYpciYX

They knew, they just love to grift

Breaking News: The Trump campaign knew days after the 2020 election that wild claims of voting machine tampering — pushed by Sidney Powell and others allied with Donald Trump — were not true, court filings show. Still, they promoted the false theories. https://t.co/aPGpYdS4T9

Don the Con is suing someone? Color me shocked!

Donald Trump filed a lawsuit on Tuesday accusing his niece Mary Trump and The New York Times of conspiring in an “insidious plot” to publish information about his tax records.https://t.co/WosVx78d6V

Say it louder for the losers in the back

Early versions of the Arizona audit report include results that show Trump lost by a wider margin than the county’s official election results.https://t.co/AMs48E3pee

Jen Psaki makes it official. Biden will not block Trump-related documents from the 1/6 Committee. She goes on to say that the Biden administration is working with the 1/6 investigations. pic.twitter.com/hj2cfIwYEY

You know it’s bad when Fox News bans you

RUDY GIULIANI has been banned from Fox News for almost three months. He learned of his banishment on the eve of Sept. 11.

The latest in Playbook: https://t.co/xQsI8t39pQ

“She said her 45-year-old father wasn’t opposed to all vaccines, but was influenced by misinformation.”https://t.co/k3WkpcB2az

Kids went hungry at one Philly school this week because of staff shortages – and it wasn’t the first time students lacked food. “This is unacceptable,” one parent said. #PHLed story: https://t.co/fibXhOtdab

The final trailer for Halloween Kills has been released

No more running. No more hiding. It’s time to face the essence of evil. 🔪 Watch the final trailer for #HalloweenKills – In Theaters & Streaming only on @peacockTV October 15. pic.twitter.com/q4loBbJy2Z

Well isn’t this something?

Eminem is launching a “Mom’s Spaghetti” restaurant in Detroit on Sept. 29 https://t.co/StxTsW1ugz

A vending machine for steaks and sausage? This butcher says yes. https://t.co/4CYsdwyotZ

This is going to be good

The Super Mario Bros. Animated Film movie is heading to theaters in North America on 12/21/22!

Check out the voice cast for the upcoming movie below 👇 pic.twitter.com/Xj31P6hk6y

Chills. Golf is the best pic.twitter.com/XithVKIgk4

Justin Tucker from 66 yards out for the win

DID THAT JUST HAPPEN?!?!

How is there no flag on Jimmie Ward here pic.twitter.com/YteWktcxWt

Head Coach Andy Reid felt ill at the conclusion of the game. He was evaluated by our medical staff in the locker room, & as a precaution, was transported to The University of Kansas Health System for further evaluation. Coach is doing well, currently resting & in stable condition

Which team outside of the #CFB playoffs has the best shot of getting in?

THE TD THAT GAVE NC STATE THE WIN OVER NO. 9 CLEMSON 🔥 pic.twitter.com/7kiAfcXicQ

🙌 @PackFootball fans stormed the field after taking down No. 9 Clemson pic.twitter.com/CDvGB6lfKu

Take it to the house

Inside the NBA’s vaccine civil war: Will Kyrie skip home games? Has the league caved to players? Does one player even get how masks work? And what’s with that Moderna conspiracy theory in locker rooms?