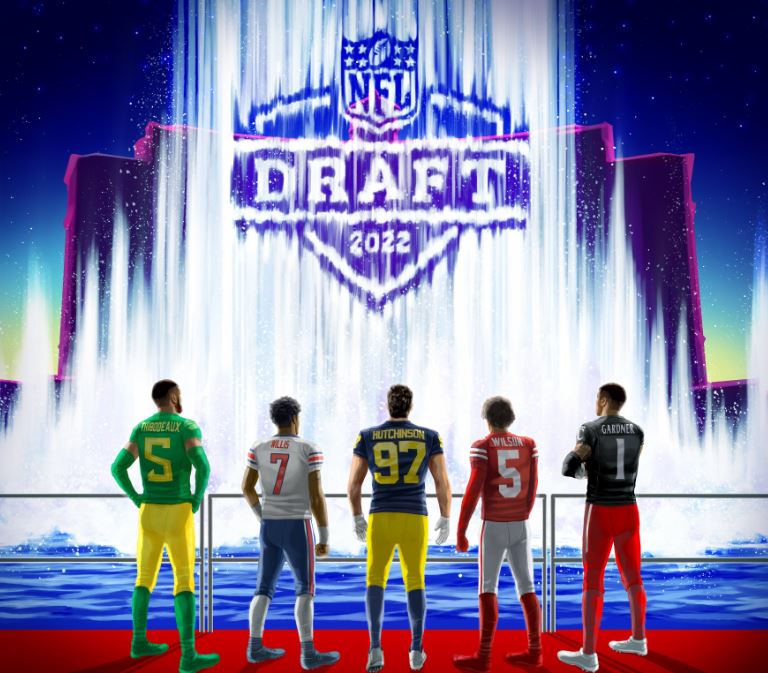 We’re back with a new Brew. Howie Roseman and the Eagles made a huge splash during the NFL draft. The 76ers advanced to play the Heat in the second round of the NBA playoffs, but it came with a huge cost. The Phillies brought back the powder blue uniforms. Ron DeSantis hates Disney, except when they’re giving him money. We have tons to get to this week, so let’s do this. It’s Brew time!

Howie Roseman gets the praise for this one

The Birds trade up and take Jordan Davis

With the 13th pick in the 2022 #NFLDraft, the Philadelphia Eagles select DT Jordan Davis.@LifeBrand_AI | #FlyEaglesFly pic.twitter.com/TuReuyMzOu

All of the Eagles picks

You love to see this

The Number 1 pick in the NFL Draft

The first round of the 2022 #NFLDraft. Don’t miss what happens next! 👀

The 76ers eliminate the Raptors

He is out indefinitely. pic.twitter.com/ekwsJKdRlx

The commentators and fans are trash

Friendly reminder: Toronto’s fans cheered & their commentators applauded Siakam when he elbowed Embiid in the eye, causing an orbital fracture & concussion. Yes, the same fan group that cheered when KD tore his Achilles.

Worst fan base in the NBA. FOH.pic.twitter.com/hTXMa6KXe6

“Now y’all about to get swept.” Drake rooting for Lowry and Heat against 76ers. 🤣🤣 @NBATV pic.twitter.com/2I46dfIUjK

It’s been a really bad week for Madison Cawthorn

‘I would like to see a naked body beneath my hips.’ GOP Rep Madison Cawthorn seen with male staff member’s hand on his crotch https://t.co/cv27yPzmNR pic.twitter.com/xanZAEoYsx

“Night after night, hour by hour, Mr. Carlson warns his viewers that they inhabit a civilization under siege,”https://t.co/gnn9nL7by9

Look at this sh#t bag

This guy needs a muzzle with all of his faux outrage

“When we were young, you could watch cartoons without having to worry.”

I guess Disney isn’t really all that bad Ron, huh???

While other FL Republicans have refunded contributions they received earlier from “woke Disney,” Desantis is still hanging on to his $100K. https://t.co/nEvTkkRU3g

More companies should announce this

Awkward moment for Olivia Wilde at CinemaCon … her speech was interrupted by somebody who apparently served her legal docs from her ex Jason Sudeikis. https://t.co/YCiUXJlKKV

Jennifer Grey will return for ‘Dirty Dancing’ sequel: ‘The next chapter’ https://t.co/fdWFM3vB0N pic.twitter.com/WL8bzvj4w7

This definitely sounds like a lie for the Kardashian show

Well what do we have here?

This should be good

We go inside a new biography on the Notorious B.I.G. that explores the life story and way-too-brief discography of one of the greatest rappers ever https://t.co/Htuk0DPlaf

Drake verse on Future’s “Wait For U”

Drake verse on Wait For U is something special.. pic.twitter.com/Og4Sc1zlqA

New music from the Biebs

Shoutout to @justinbieber & @DonToliver for keeping all our playlists warm with “Honest.” 🔥❄️ pic.twitter.com/kl37VhmcAc

Sonya Deville getting her sexy on

Bobby Lashley took a scary spill outside of the ring at a WWE live event today after the top ring rope snapped on an Irish whip.

According to a few fans on Twitter who were in attendance, he seemed to be okay after and finished the match.