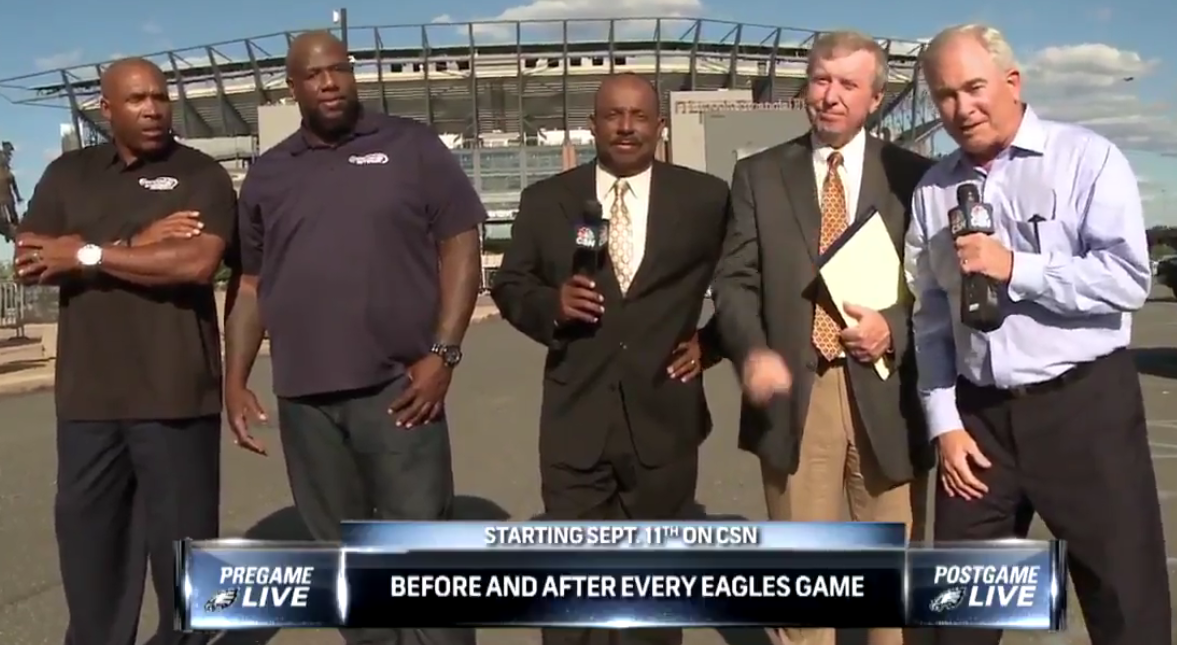 We learned earlier this month that Brian Westbrook wouldn’t be returning to Comcast SportsNet for Eagles pre- and post-game coverage for the 2016 season. Today, CSN unveiled their all-new game day coverage team. Former Eagles’ Pro Bowl linebacker Seth Joyner and offensive tackle Barrett Brooks will be joining Michael Barkann and Ray Didinger on set, with Derrick Gunn and, conspicuous by his absence in the promo, Reuben Frank, on the field.

We are pleased to welcome @SethJoyner and @bbrooks72TCN to our Eagles Game Day coverage! pic.twitter.com/jgZbqhSjub

Last year, both Joyner and Brooks were part of the Eagles coverage, but weren’t part of the pre- and post-game live shows. Ed Rendell is also returning for this season.