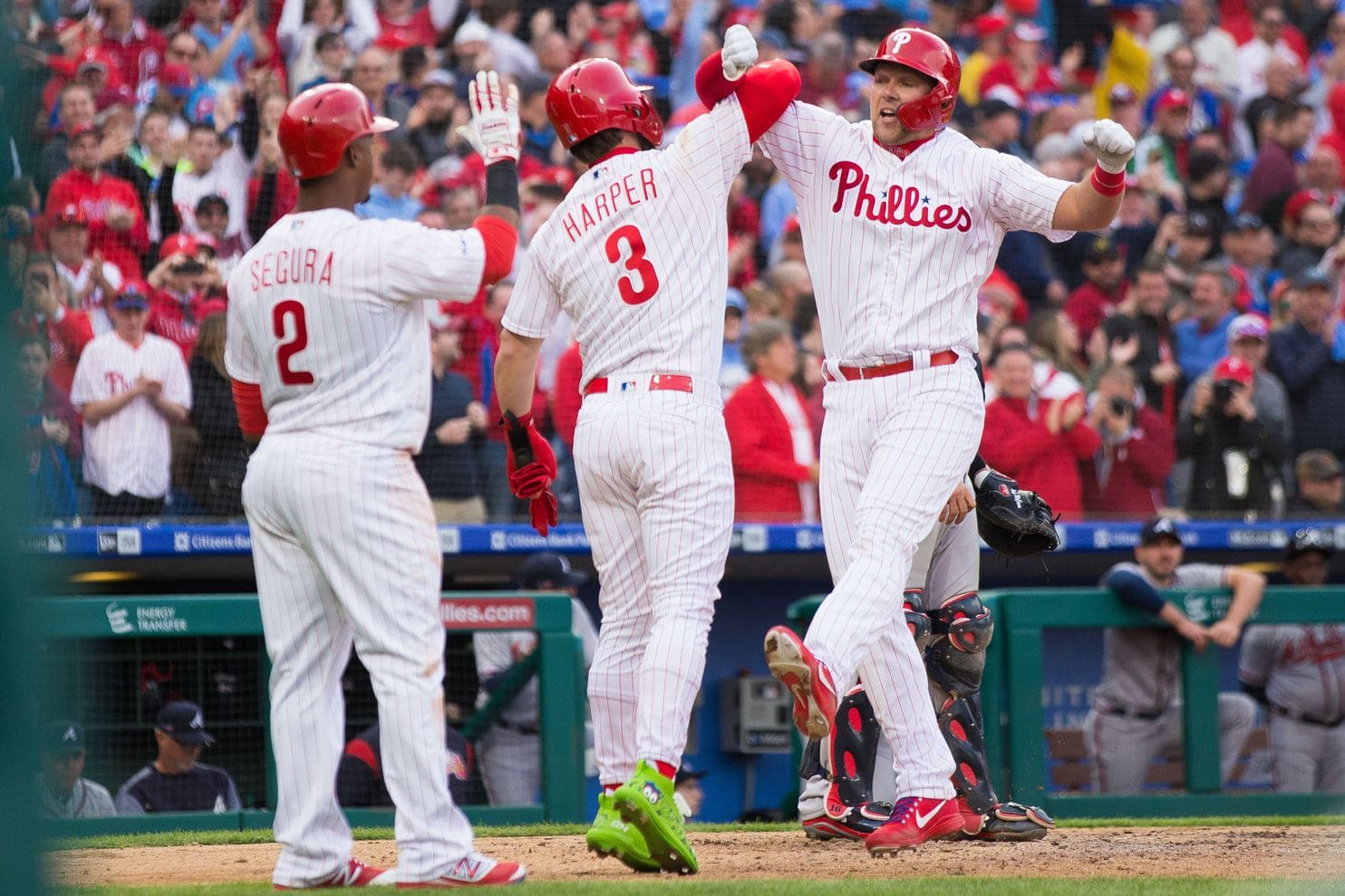 It seems that every time the fans are ready to give up on this Phillies team, there comes a game that gives them the slightest of hopes that this season can be salvaged. After two disastrous games to start a pivotal Atlanta Braves series, the Phils went on to win game three in convincing fashion by a score of 9-4. There is still some hope for the Phillies this season and while the trade deadline will get most of the focus this week, the squad still needs to take care of business against San Francisco.

The Phillies starting rotation has finally brought in some help! Sort of. The acquisition of Jason Vargas isn’t a season-altering move, but a necessary one. The back-end of the rotation has plagued the Phils all season and there has been absolutely no stability. It’s so bad that Velasquez currently holds the second best ERA of all starters in the rotation. Other than Aaron Nola, all other starters are replaceable and the front office should be actively trying to replace them. For now, who exactly does Vargas replace?

One candidate to be replaced is Velasquez. Even though he has been pitching better lately and, sadly, has been one of the more consistent starters this season. He has already been moved to the bullpen once this season which was met with varying degrees of success. Now if there was a preferred pitcher to be bumped from the rotation, it would be the struggling Zach Eflin. He will be harder to move on from though. He has been bad as of late, but for a time he was the best pitcher on the roster, even outperforming the ace Nola. So should the Phillies be able to move on so easily from, at one point, one of their most successful pitchers? It’s a tough decision, but seems like the right one.

There of course is anticipation for the Phillies to make another move to acquire a starting pitcher, which would shake things up even more. But for this series in San Francisco, I don’t see any changes being made to the rotation and Gabe Kapler will roll out the scheduled starters.

While the pitching has been an issue in series against top contenders, the offense has been equally as bad against average to below-average teams. Just take a look at the Detroit Tigers and Pittsburgh Pirates series. After scoring a plethora of runs against the Dodgers, the Phillies offense went on to stall in the next two series only to be saved by the pitching. That cannot continue to happen.

That’s not to say the offense has been disappointing, each player in the lineup is having their expected season totals. Other than maybe Jean Segura, the others at the top of the lineup have played to what should be expected. Bryce Harper is having the season we should’ve expected. Same with Rhys Hoskins and JT Realmuto. The problem is, fans and the front office thought there would be more production from these players. It’s the same problem that convinced the Phillies the rotation coming into this season would be fine.

The offense was supposed to be the strength of this team and carry the Phillies into the playoffs. That may have been a mistake, but it’s how this team was constructed. If the Phillies are going to make it into a Wild Card spot, the offense needs to get better and more consistent. Harper, Hoskins and Realmuto need to play better than they have. That may be a difficult task, but it is absolutely necessary for them to get better if there is any hope left this season and it needs to start now.

Game 1:
Tyler Beede – o/u 4.5 strikeouts – This is right around where Beede will be for his strikeout total, but he has hit over that total in his last three starts. OVER
Drew Smyly – o/u 5.5 strikeouts – In his impressive debut in a Phils uniform, Smyly struck out eight in six innings, but that was only the second time this season that Smyly has been over 5.5 strikeouts. UNDER
Total – o/u 10 – When faced against a contender in the National League, the Phillies tend to keep the run total low. Both offenses have a good chance to stall, even with a juicy pitching matchup. Considering the over is juiced a little bit as well, I’ll take the under here. UNDER

Being a candidate for a home run is always good and especially against Beede. Beede allowed three home runs in his last start against the Chicago Cubs.

It is the hope that the Phillies remain active at the trade deadline. There are reports of the Phils having interest in White Sox reliever Alex Colome along with Cincinnati Reds pitcher Tanner Roark. It’s possible that both these moves could be made considering the price for Roark may be low. Still, it’s hard to imagine the Phillies making any moves with the little trade value that they possess in their minor league system. Colome would be maybe the best possible target the Phillies could acquire.

Be sure to check out our trade deadline coverage at Pi. There is a special Phillies in a Flash edition covering the trade deadline and two articles detailing the possible trade targets which include both Roark and Colome.